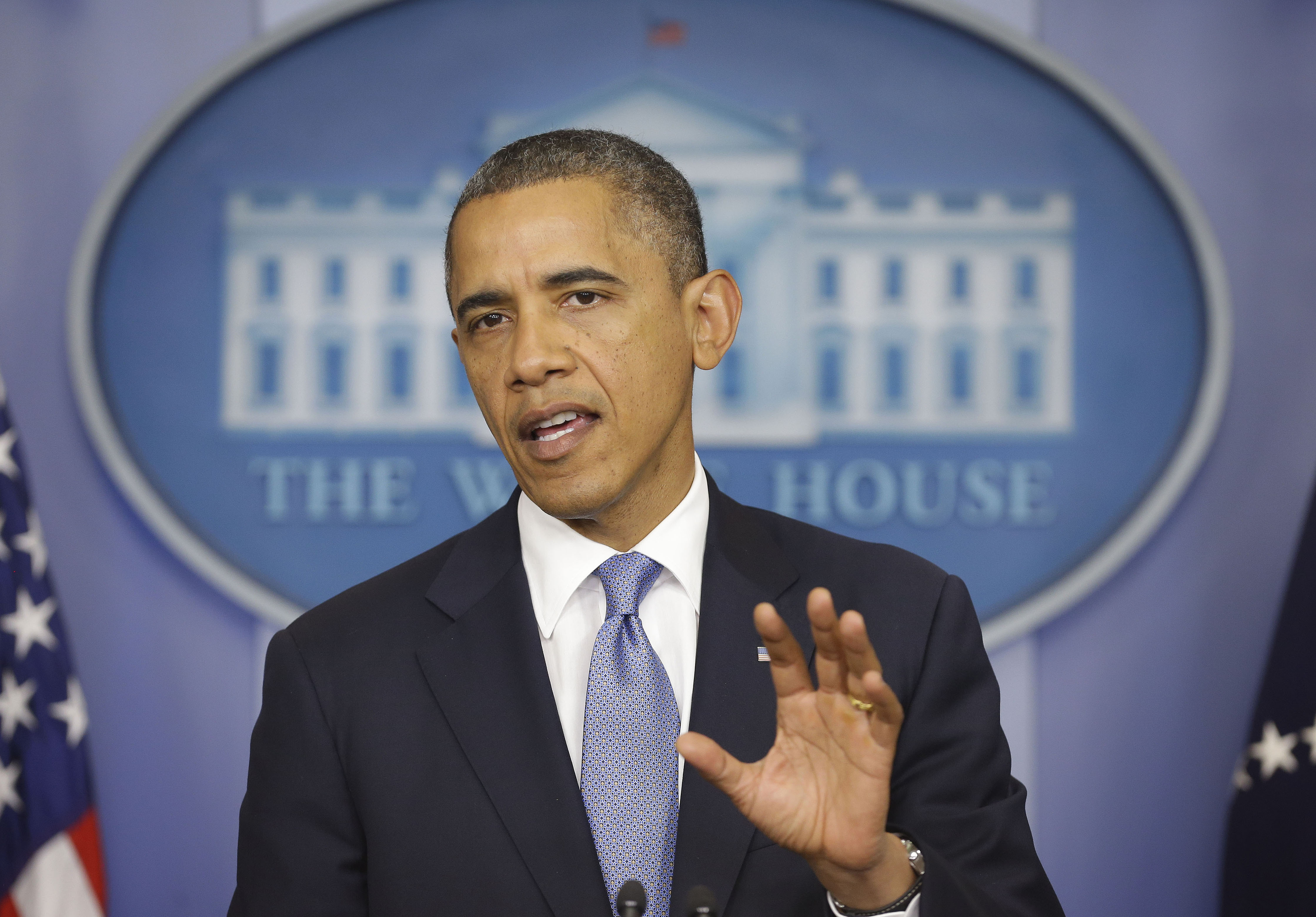 Cutting short a campaign trip to Florida, President Obama rushed back to the White House to confer with key federal officials about Hurricane Sandy and to assure the nation that "I'm confident we're ready."

In a statement to reporters in the White House Briefing Room, Mr. Obama said he's spoken with the governors of all states in the storm's path and can say "there are no unmet needs" in advance of Sandy's landfall sometime tonight.

The president warned that "this is going to be a big and powerful storm," but he believes all across the eastern seaboard appropriate preparations were being made.

"The most important message that I have for the public right now is: please listen to what your state and local officials are saying."

"When they tell you to evacuate, you need to evacuate," he said. "Do not delay, don't pause, don't question the instructions that are being given because this is a serious storm and it could potentially have fatal consequences if people haven't acted quickly."

He said that if the public doesn't heed the directions of officials, the storm could claim fatalities that could otherwise have been avoided.

The Obama campaign even used its massive e-mail list of contributors to convey a similar message from the president that he signed, Barack:

"If you live in the storm's path, please listen to state and local authorities about where and how to take shelter and stay safe -- and encourage your friends and family to do the same. If you are asked to evacuate, please take that seriously."

But in his White House statement, the president also cautioned the public to "prepare for the fact that this is going to take a long time for us to clean up."

"The good news is we will clean up and we will get through this."

Fearful that Air Force One might not be able to fly him back to D.C. before weather conditions made it impossible, the president scrubbed his appearance at a 10 a.m. campaign rally in Orlando, Fla., with former President Bill Clinton, who addressed the event without the candidate.

Instead, Mr. Obama rushed to the airport and was wheels up aboard Air Force One at 8:46A.M. Less than two hours later, he had landed at Joint Base Andrews and was motorcaded back to the White House. Weather kept him from flying to the South Lawn as usual aboard Marine One.

The president headed right into a meeting in the Situation Room with his storm team including FEMA chief Craig Fugate and the Secretaries of Homeland Security, Transportation, Energy and Health and Human Services, among other officials.

Eight days before the election, Mr. Obama cannot afford to have anyone accuse him of putting his re-election campaign ahead of his responsibilities as president.

But at the conclusion of his statement, he was asked by CBS News Correspondent Bill Plante about the storm's impact on the election. He said he wasn't worried about it.

He also said he was worried about the storm's impact on the economy and on transportation.

"The election will take care of itself next week," said the president. "Right now our number one priority is to make sure that we are saving lives, that our search and rescue teams are going to be in place, that people are going to get the food, the water, the shelter that they need in case of emergency and that we respond as quickly as possible to get the economy back on track."

The president has also cancelled campaign events today in Virginia and Ohio and tomorrow in Colorado and Wisconsin.

"We'll go day-by-day on his schedule," says Obama campaign manager Jim Messina. The president is focused on the storm and there's plenty of time for politics.

On a conference call with reporters this morning, Messina and senior strategist David Axelrod were newly confident of Mr. Obama's ultimate victory.

"I don't want to be ambiguous," said Axelrod, "but we're winning this race." He said he made that judgment on the basis of "cold hard data" including early voter turnout and polling.

"Data and facts are on our side," said Messina. "Spin and wishful thinking were on the side of Mitt Romney," he said.