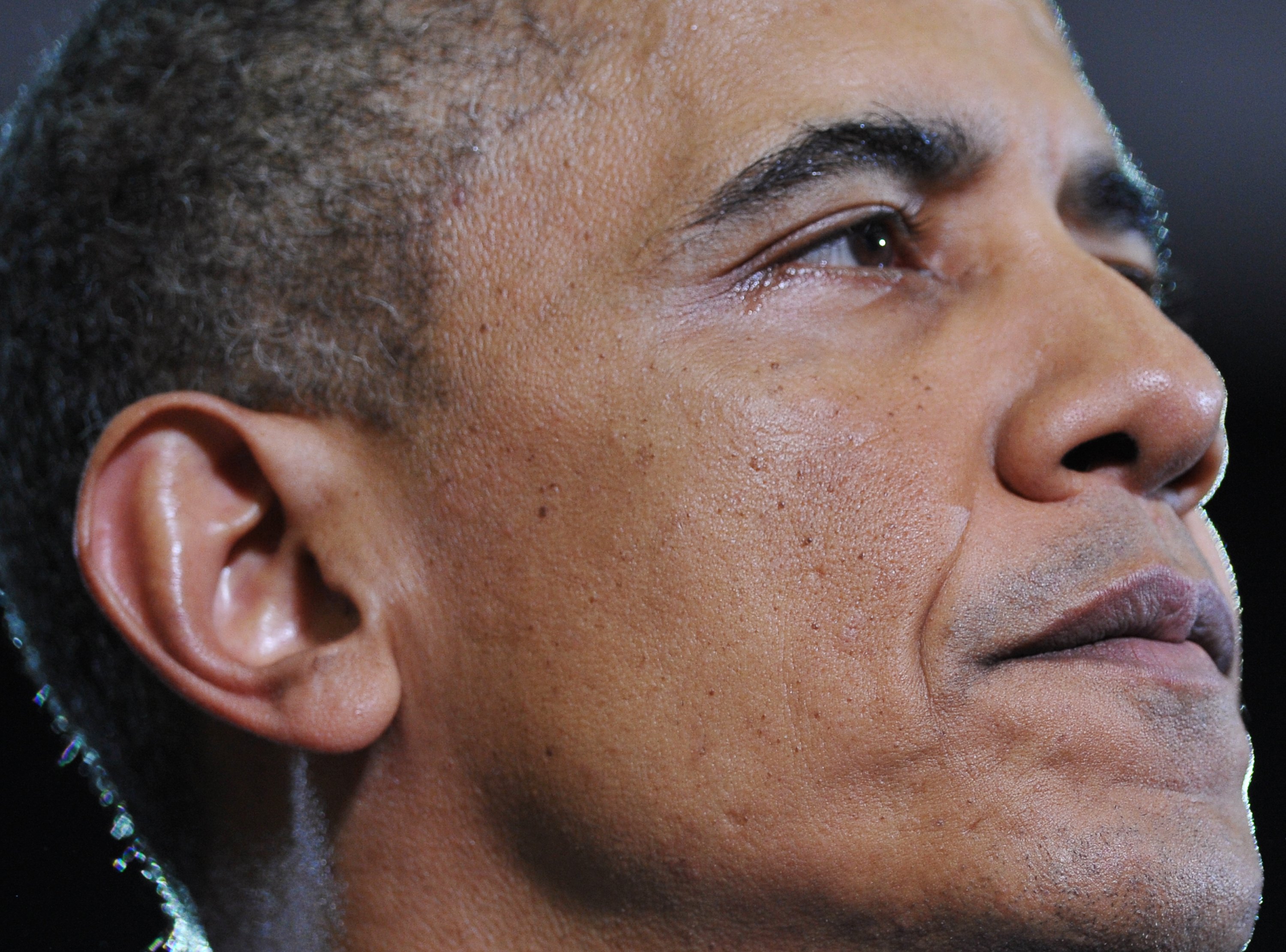 Stopping through Connecticut for the first time since a mentally ill gunman slaughtered 20 first-graders and six educators at a Newtown elementary school in December, President Obama on Monday delivered an impassioned speech, rallying those affected by gun violence to "expect more" from Congress and to urge lawmakers to move this week on legislation.

Specific proposals rolled out by the president in January in the heat of a jumpstarted national debate on gun control have stalled on Capitol Hill: Sen. Chuck Schumer, D-N.Y., is scrambling to muster 60 voters needed to pass a bill that would mandate universal background checks, and support for bans on assault weapons and high-capacity ammunition magazines appears to be short of the necessary threshold.

As Congress, fresh off its recess, prepares to take up gun safety legislation this week, the president Monday offered a to-do list for lawmakers that included a vote on the assault weapons ban, which Senate Majority Leader Harry Reid, D-Nev., removed from his proposal's language for fear that it would gum up progress on tenets with bipartisan support. Mr. Obama also blasted the "political stunt" some GOP senators are pulling by threatening to filibuster any votes on gun control, including Senate Minority Leader Mitch McConnell, R-Ky.

"They're not just saying they'll vote 'no' on ideas that almost all Americans support," he said. "They're saying they won't allow any votes on them at all. They're saying your opinion doesn't matter.

"...We knew from the beginning of this debate that change wouldn't be easy," the president continued. "We knew there are powerful interests that are very good at changing the subject, at amplifying conflict and extremes over common ground, at drowning out rational debate by ginning up irrational fear. That's what too often stands in the way of progress."

Building to an emotional bellow, Mr. Obama eschewed the idea that the success or failure of the push for stricter gun laws weighs as a referendum on his presidency.

"You know what? This isn't about me," he said. "And it shouldn't be about politics. This is about doing the right thing for families like yours that have been torn apart by gun violence, and all the families going forward, so we can prevent this from happening it again."

Nicole Hockley, who lost her 6-year-old son, Dylan, in the Newtown shooting, introduced the president's speech. Mr. Obama assured her and other relatives still stinging from the tragedy that "we will not walk away from the promises we've made."

"I noticed that Nicole and others refer to that day as 'twelve-fourteen,'" he said. "For these families, it was a day that changed everything. And I know many of you in Newtown wondered if the rest of us would live up to the promises we made in those dark days - if we'd change, too; or if, once the television trucks left, once the candles flickered out, once the teddy bears were gathered up - your country would move on to other things.

"...Newtown, we want you to know that we're here with you," Mr. Obama continued. "We will not walk away from the promises we've made. We are as determined as ever to do what must be done."

Following his speech, the president was scheduled to fly back to Washington alongside family members of Newtown victims as they head to the Capitol in an effort to lobby lawmakers on gun safety laws.