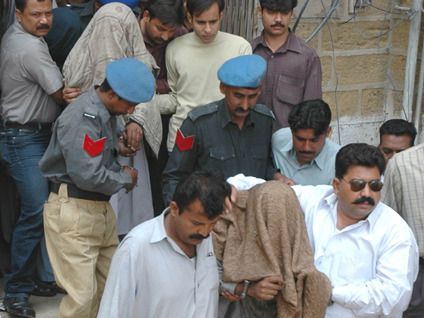 However, the reports released by the whistleblower website WikiLeaks.org raised concerns in the Pakistani capital over new strains surrounding the U.S.-Pakistan relationship, almost a decade after the terrorist attacks on New York and Washington brought the two countries into a close military alliance.

Relations between the two countries have periodically come under stress, mainly over American concerns that Pakistan's security establishment continues to retain ties with Islamic militant factions in Afghanistan while it supports the U.S. effort in that country.

"The ISI completely follows the government's policy, and therefore to expect it to work on its own does not make any sense," Farahnaz Ispahani, an advisor to President Asif Ali Zardari, told CBS News. "We have an alliance with the U.S. and other partners, and we are working in the best interest of our region. People must appreciate the sacrifices that Pakistan has made and continues to make.

"Do you seriously believe we will be irresponsible enough to have any links with those who have killed our own people?" Ispahani said.

Senior Pakistani officials and the country's leaders have defended their record in the past by citing the sacrifices made by Pakistan in terms of human lives and material loss.

Pakistan has witnessed a dramatic rise in suicide and armed attacks since 2007.

An ISI official who spoke to CBS News on condition of anonymity, said that the reports released by WikiLeaks "are all preliminary reports which in our line of work are often presented but not necessarily ever taken as the fact."

The ISI official, in the rare gesture of agreeing to attribute his agency (though anonymously), said the preliminary reports contain "outrageous claims" that are "far out from the reality."

Western defense officials in Islamabad who also spoke to CBS News on condition of anonymity described the revelations as a serious setback to intense efforts being made by the U.S. and Pakistan to forge a close partnership for securing Afghanistan.

"The U.S. has been aware of Pakistan's links with the Taliban and other militant groups. But the Americans have been carefully trying to woo Pakistan away from these contacts," said one Western defense official. "Now, that effort becomes hugely difficult."

"This is a major public relations disaster," said a second Western defense official, who added, "Some of the contents of this report even tell you about the failing U.S. war effort in Afghanistan. How can any president in Washington ever defend a losing war effort which has so far been put across as a possible success in the end?"

In a related development, Lieutenant General (retired) Hameed Gul, the former head of the ISI who is named in the leaks as an individual who continues to coordinate some of the militants' efforts, rebutted the claims as "nothing more than fiction."

In an interview with CBS News, General Gul said, "This information contains absolutely no truth and I have no association with the activities (mentioned in the report)."

A second former ISI official with long-term experience of training Afghan insurgents with the backing of the CIA in the 1980s (who also spoke to CBS News on the condition that he not be named) said, "The claims now being put across are not new. We have heard them before, but as before, there is no evidence, no smoking gun."

He said there was a danger that "U.S. politicians may get completely carried away and look for ways to put pressure on Pakistan. But they must realize, doing so will only risk breaking the world's only alliance — and spoiling a relationship — that is confronting the Taliban and al Qaeda today."