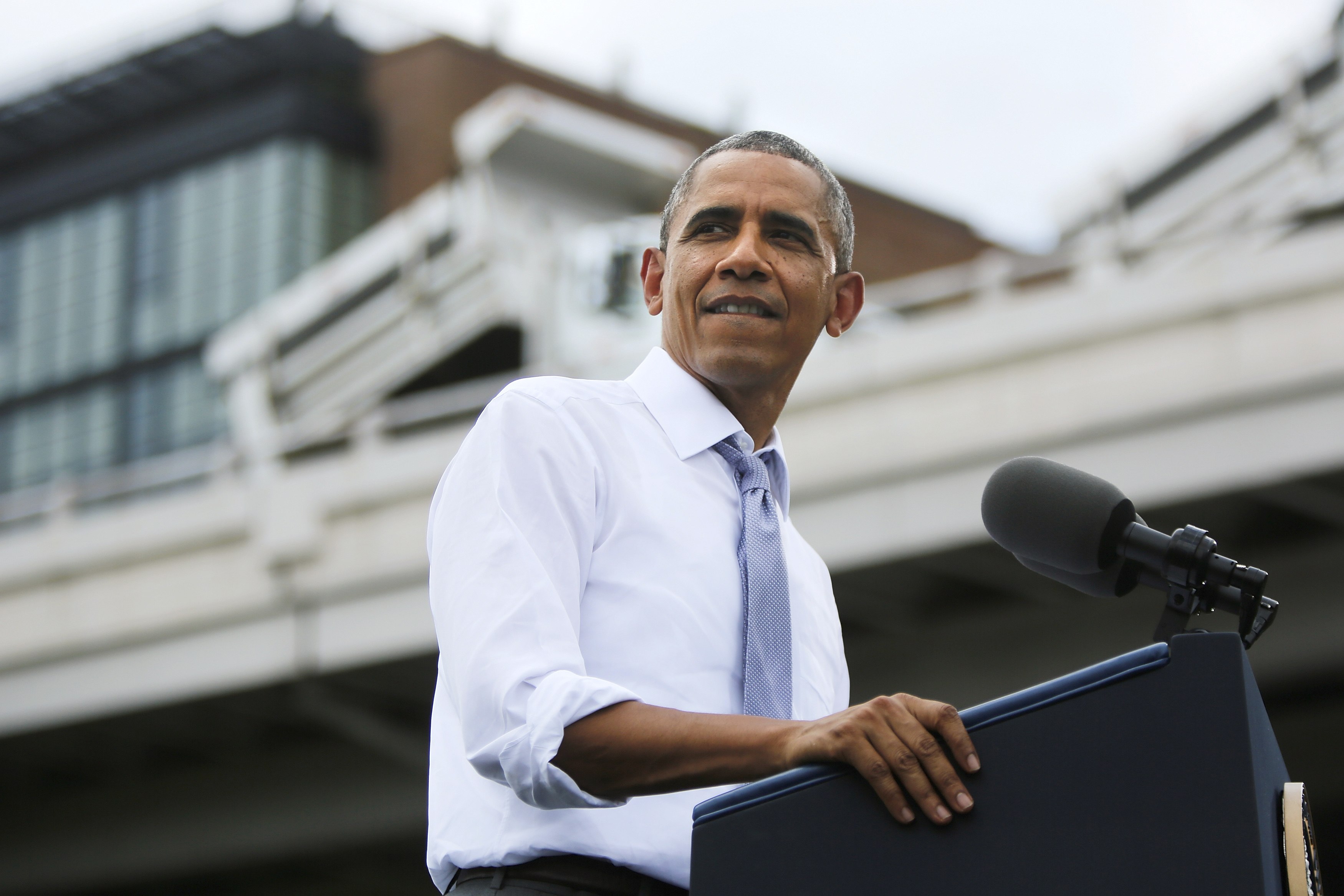 President Obama pledged Tuesday that he's "not going to apologize for trying to do something" despite a lawsuit planned by House Speaker John Boehner, R-Ohio, to curb his use of executive authority.

"As long as they insist on taking no action whatsoever that will help anybody, I'm going to keep on taking actions on my own that can help the middle class, like the actions I've already taken to speed up construction projects and attract new manufacturing jobs, and lift workers' wages and help students pay off their student loans," the president said during a speech at the Georgetown Waterfront Park in Washington, D.C. to urge Congress to restore money to the Highway Trust Fund.

"They criticized me for this. Boehner sued me for this," Mr. Obama added. "I told him, 'I'd rather do things with you, pass some laws...Middle class families can't wait for Republicans in Congress to do stuff. So sue me. As long as they're doing nothing, I'm not going to apologize for trying to do something."

Boehner announced last week that he's working to pass a bill that would authorize the House of Representatives to sue the president "in an effort to compel the president to follow his oath of office and faithfully execute the laws of our country."

The House speaker wrote in a letter to members that Mr. Obama has "run an end-around on the American people and their elected legislators" on issues ranging from health care, to energy, to foreign policy and education.

The threat of a suit seems to have had little impact on the president, who called it a "stunt" in an interview with ABC News the day after it was announced. At an event in Minnesota last week, he joked that Republicans might have taken him too literally when he said during a presidential debate, "I want to raise the minimum wage, so sue me when I do it."