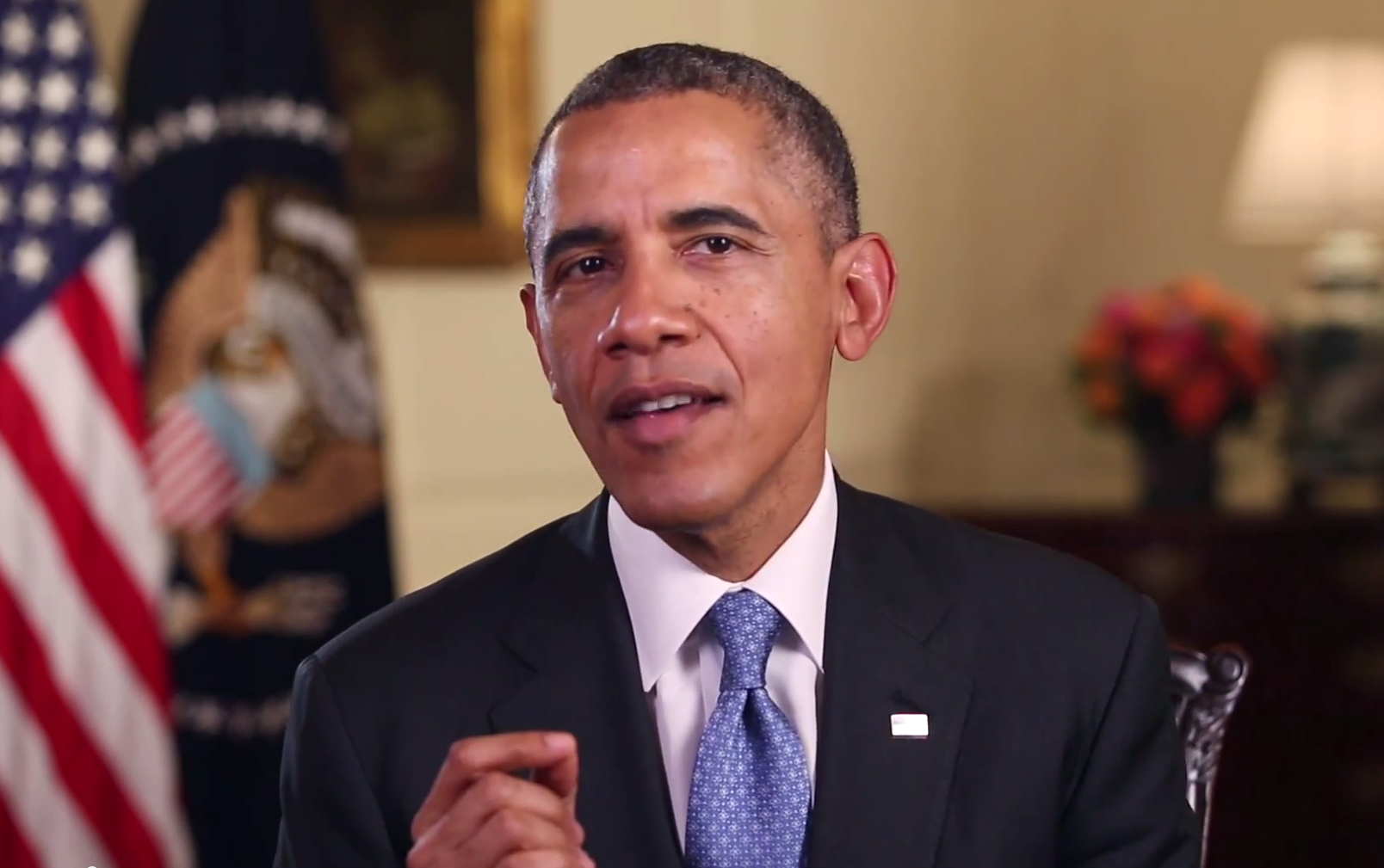 President Obama reviewed a number of recent executive actions his administration has taken to boost the economy Saturday. And he slammed Republicans for blocking more significant legislative action, saying his opponents should be "less interested in stacking the deck in favor of those at the top and more interested in growing the economy for everybody."

"Yesterday, we learned that businesses added 273,000 jobs last month. All told, our businesses have now created 9.2 million new jobs over 50 consecutive months of job growth," he said in his weekly address.

"We need to keep going - to create more good jobs and give middle-class families a sense of security, and I want to work with Congress to do it," he said. "But, so far this year, Republicans in Congress have blocked or voted down every serious idea to create jobs and strengthen the middle class."

The president condemned Republican opposition to a higher minimum wage, equal pay legislation and an extension of federal unemployment insurance, but he said he's been doing what he can to advance his agenda administratively.

On Friday, the administration released a "progress report" detailing more than 20 unilateral actions Mr. Obama has taken on the economy in 2014. "While Republicans in Congress are setting records in obstruction," the White House said in an accompanying statement, "the president is making progress for the American people."

Congressional Republicans, for their part, have panned the president's executive orders as a power grab - an attempt to circumvent a Congress he's proven unable to work with.

House Majority Leader Eric Cantor, R-Virginia, has blasted Mr. Obama's administration as an "imperial presidency," warning in March that the president's "pattern of overreach" could upend the "established constitutional and legal framework under which our government is supposed to operate."

The president, though, has said he's simply stepping in to fill the void left by a gridlocked Congress.

"Republicans are so focused on blocking change that their approach threatens to stop our country from moving forward," explained the administration's progress report. "President Obama refuses to let Republicans in Congress hold our country back."