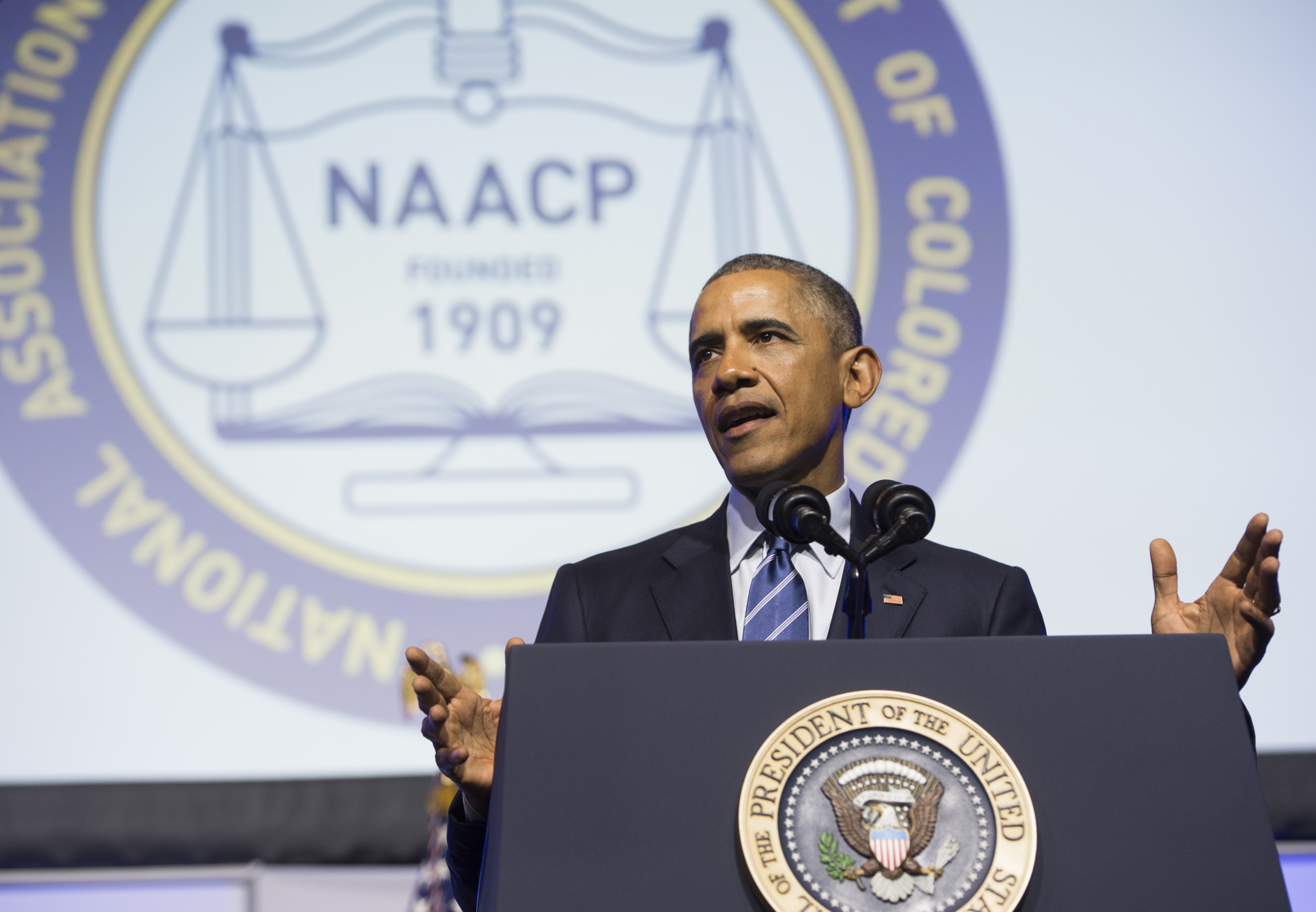 "Mass incarceration makes our communities worse off, and we need to do something about it," President Obama declared at the 106th NAACP Convention in Philadelphia on Tuesday, before laying out the steps he'd like to see Washington take to address the problem.

The president acknowledged the "long history of inequity" in the criminal justice system but hailed the growing consensus among Republicans and Democratsthat it must be addressed.

"We can't close our eyes anymore," Mr. Obama said. "People of all political persuasions are starting to think we need to do something about this."

The president cited several glaring statistics illustrating the extent of the nation's incarceration issues: For instance, the United States is home to 5 percent of the world's population but 25 percent of its prisoners. The prison population has doubled in the last two decades, he noted, and the U.S.'s incarceration rate is now four times higher than China's.

While some people deserve to be in jail, Mr. Obama said, "in far too many cases, the punishment simply does not fit the crime."

The president noted that the flaws in the criminal justice system disproportionately impact communities of color.

Meanwhile, incarceration comes at a huge cost to taxpayers -- specifically $80 billion a year.

For that much money, Mr. Obama said, "We could have universal preschool for every three-year-old and four-year-old in America... We could double the salary of every high school teacher in America."

Reforming the system, the president said, should happen in three areas: "In the community, the courtroom and in the cell block."

"I want to begin with the community because I believe crime is like any other epidemic -- the best time to stop it is before it starts," he said, calling for investments in areas like pre-kindergarten.

He also referenced the so-called school-to-prison pipeline and racial inequities in school discipline. "Are we letting principals and parents deal with one set of kids, and we call the police on another set of kids? That's not the right thing to do," he said.

As for the courtroom, Mr. Obama declared, "We need to lower long mandatory minimum sentences or get rid of them entirely... We should pass a sentencing reform bill through Congress this year."

He called for investments in prison alternatives, such as drug court programs and probation programs.

Reforms must also take place in the cell block, he said. The president praised Republican Sen. John Cornyn of Texas for his work on the issue and his assertion that "virtually all the people in our prisons will eventually, someday, be released."

Mr. Obama added, "We have to make sure as they do their time and pay back their debt to society, that we are increasing the possibility that they can turn their lives around."

The president said he's ordered the Department of Justice to review the over-use of solitary confinement. He said it's also time to address other problems in prison conditions, such as over-crowding and gangs in prison. "We should not be tolerating rape in prison, and we should not be making jokes about it in our popular culture," he added.

Mr. Obama also called for reforms to help former prisoners, such as making it easier for convicted felons to vote and get a job.

Along with praising Cornyn, Mr. Obama also specifically mentioned Sen. Rand Paul's work on the issue. "To his credit, he's been consistent on this," Mr. Obama told the crowd.

At the same time, Mr. Obama warned that "we have to stand up to those" who are trying to cut government investments in areas like early childhood education.

"Today I've been talking about the criminal justice system, but we have to recognize it's not something we do in isolation," he said.