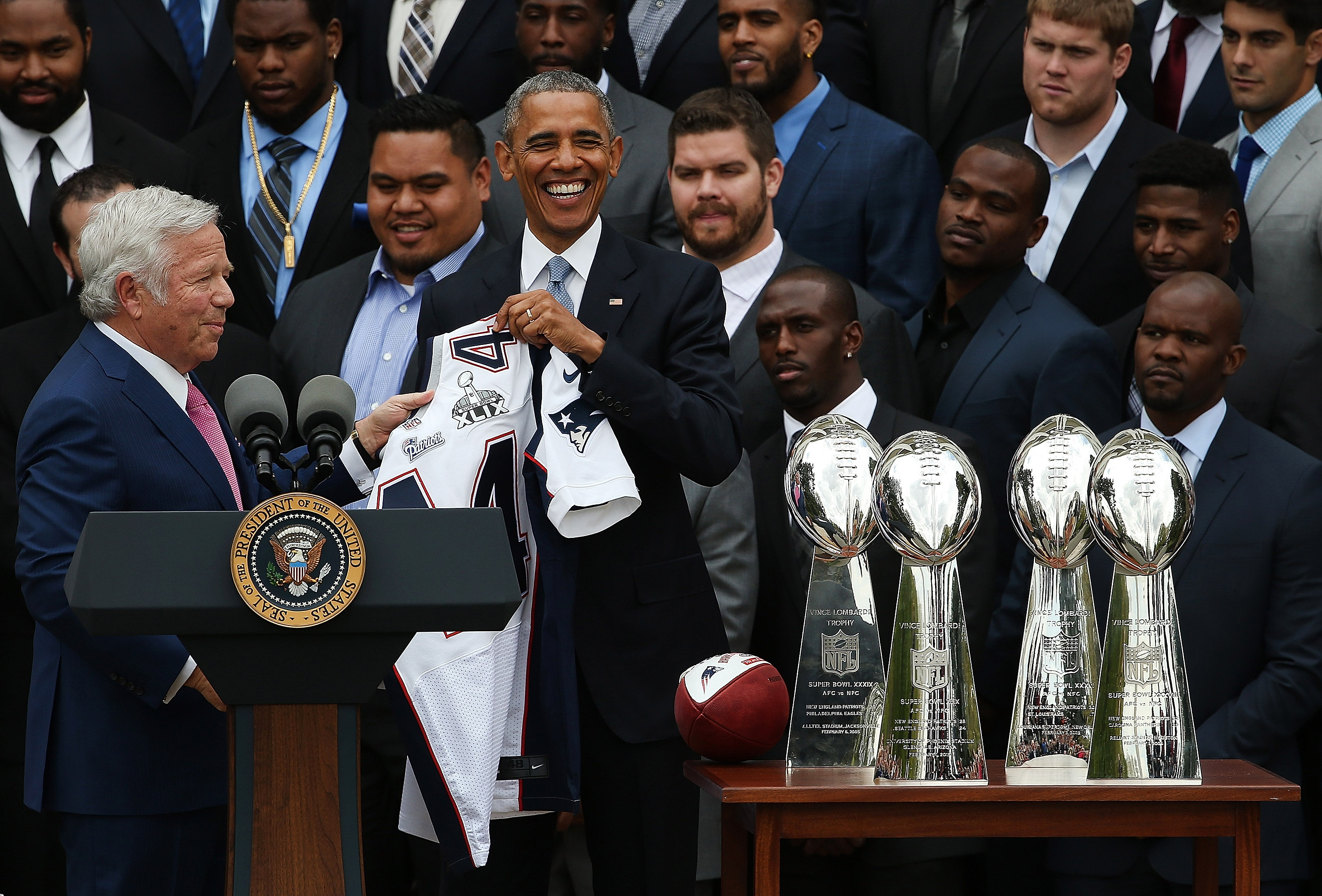 President Obama welcomed the Super Bowl champion New England Patriots for their fourth trip to the White House since 2002.

Mr. Obama joked, "I usually tell a bunch of jokes at these events, but with the Patriots in town, I was worried that 11 out of 12 of them would fall flat" (a reference to what has come to be known as "deflate-gate", in which 11 out of 12 of the game balls provided by the Patriots for use in the AFC championship game were found to be under-inflated.).

And then he added, "That whole story got blown a little out of proportion."

The Patriots, the president said, were "as good an organization as there has ever been in professional sports."

"I want to congratulate the Patriots for their leadership on and off the field. I just wish the city of Boston would share some of those titles you keep winning with Chicago," the president said.

He also asked if Coach Bill Belichick wanted scissors to trim the sleeves on his suit (Belichick is known for cutting off the sleeves of his hoodies - he has said in interviews that it's because he has short arms).

The president advised tight end Rob Gronkowski to keep his shirt on, and he said Malcolm Butler, who made a Super Bowl-saving interception on the goal line, deserves a lifetime of free drinks at every "bah in Bah-ston."

Tom Brady did not attend, but Secretary of State John Kerry did. Patriots owner Bob Kraft presented the president with a football, Obama #44 jersey and helmet signed by the team