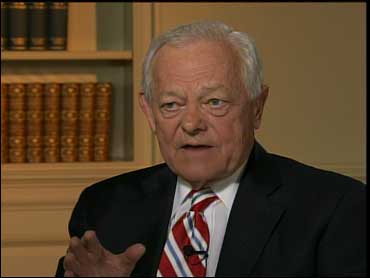 (CBS)
President Obama told CBS News' Bob Schieffer on "Face The Nation" Sunday that while he doesn't think he's lost any friends since becoming president, some of his friendships have been tested.

As Schieffer noted, Thomas Jefferson once said that "the presidency had brought him nothing by increasing drudgery and a daily loss of friends."

"Have you lost any friends yet?" Schieffer asked the president.

The president also said he is happy to be making a difference, though he wishes he could confront one crisis at a time.

"You know, if I had my preferences, would I love to deal with one of these at a time?," the president said. "Deal with Afghanistan now and maybe put off banking till later or deal with healthcare three years from now? That would be great."

He added that he recognizes that Americans are being forced to make sacrifices every day.

"Given that they're having to make a lot of difficult choice, it's important for us to work as hard as we can to help them live out their American dream," he said.