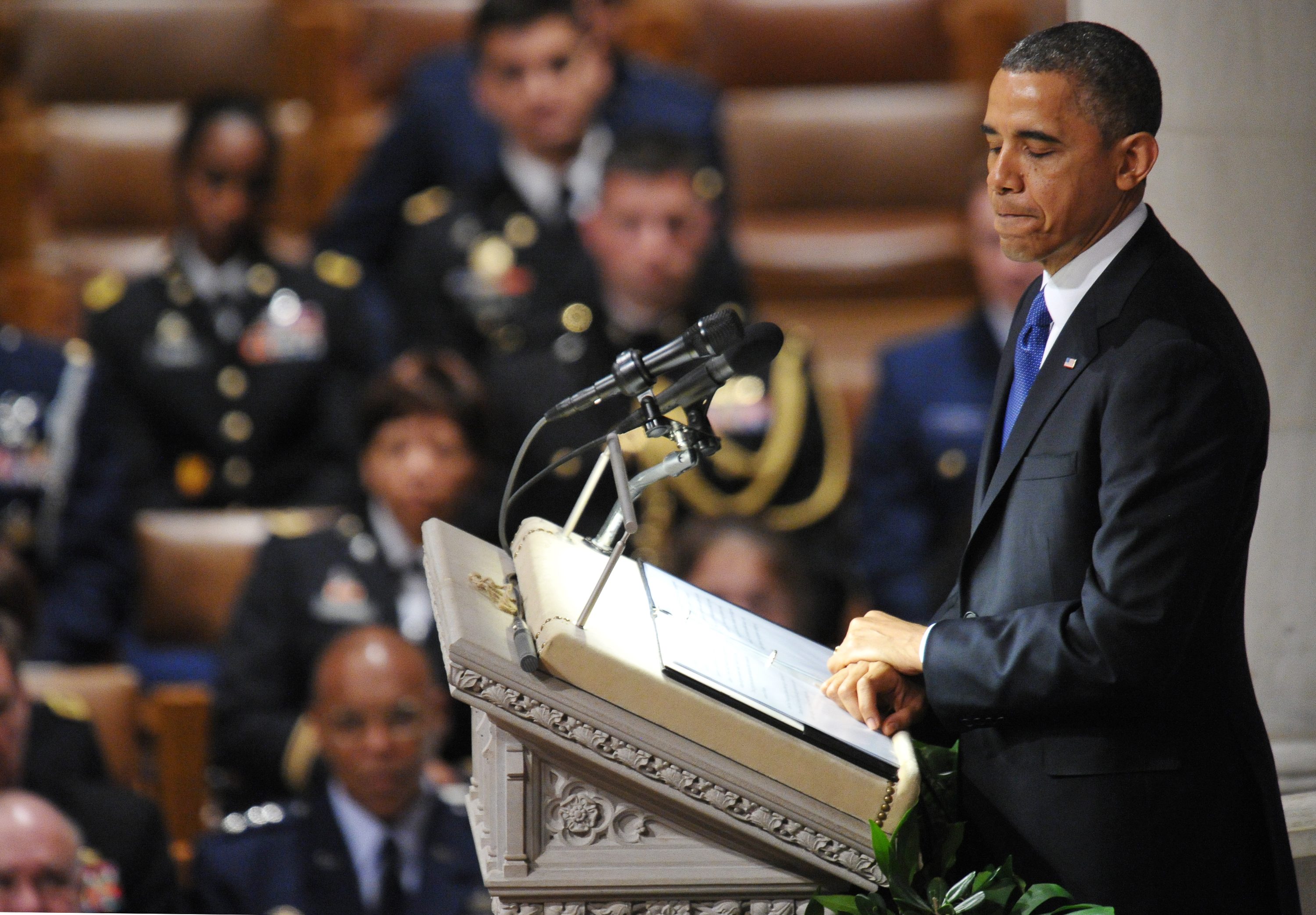 At a funeral service for the late Sen. Daniel Inouye, D-Hawaii, President Obama honored his friend and former colleague by recounting a boyhood memory of watching Inouye on television during the Watergate hearings - saying Inouye, who "was not a central cast when it came to what you'd think a Senator might look like at the time," showed him, a boy with a white mother and a black father, "what might be possible in my own life."

Mr. Obama described watching the hearings at night during a family vacation across the country and cited the experience of witnessing Inouye's leadership and the democratic process at work as one reason he was influenced to embark on a political career.

"He was a proud Democrat, but most importantly, he was a proud American," Mr. Obama said, "And were it not for those two insights planted in my head, at the age of 11, in between Disneyland and a trip to Yellowstone, I might never have considered a career in public service. I might not be standing here today. I think it's fair to say that Danny Inouye was perhaps my earliest political inspiration."

Biden paid tribute by saying he wished he could emulate Inouye, and that he wished he had as much integrity and moral courage as the senator did.

Biden said that was a sentiment that, 35 years ago, he also expressed to his sons. He told them that, they too, should want to be as great of a man as Inouye.

Former President Clinton spoke of Inouye as "courageous without being sanctimonious," and someone who could be "friends across the aisle." He wanted every American to be grateful for the service of the senator.

"They blew his arm off in World War II, but they never laid a finger on his heart or his mind," Mr. Clinton said, "That he gave to us, for 50 years, and that, every single citizen should celebrate."

Reid offered a tribute to Inouye's accomplishments and honored him as a "legislative hero," citing his work with friend, and late colleague former Sen. Ted Stevens, R-Alaska, as "an example of the remarkable things that two Senators can accomplish when they set political party aside."

Inouye died on Monday at the age of 88.