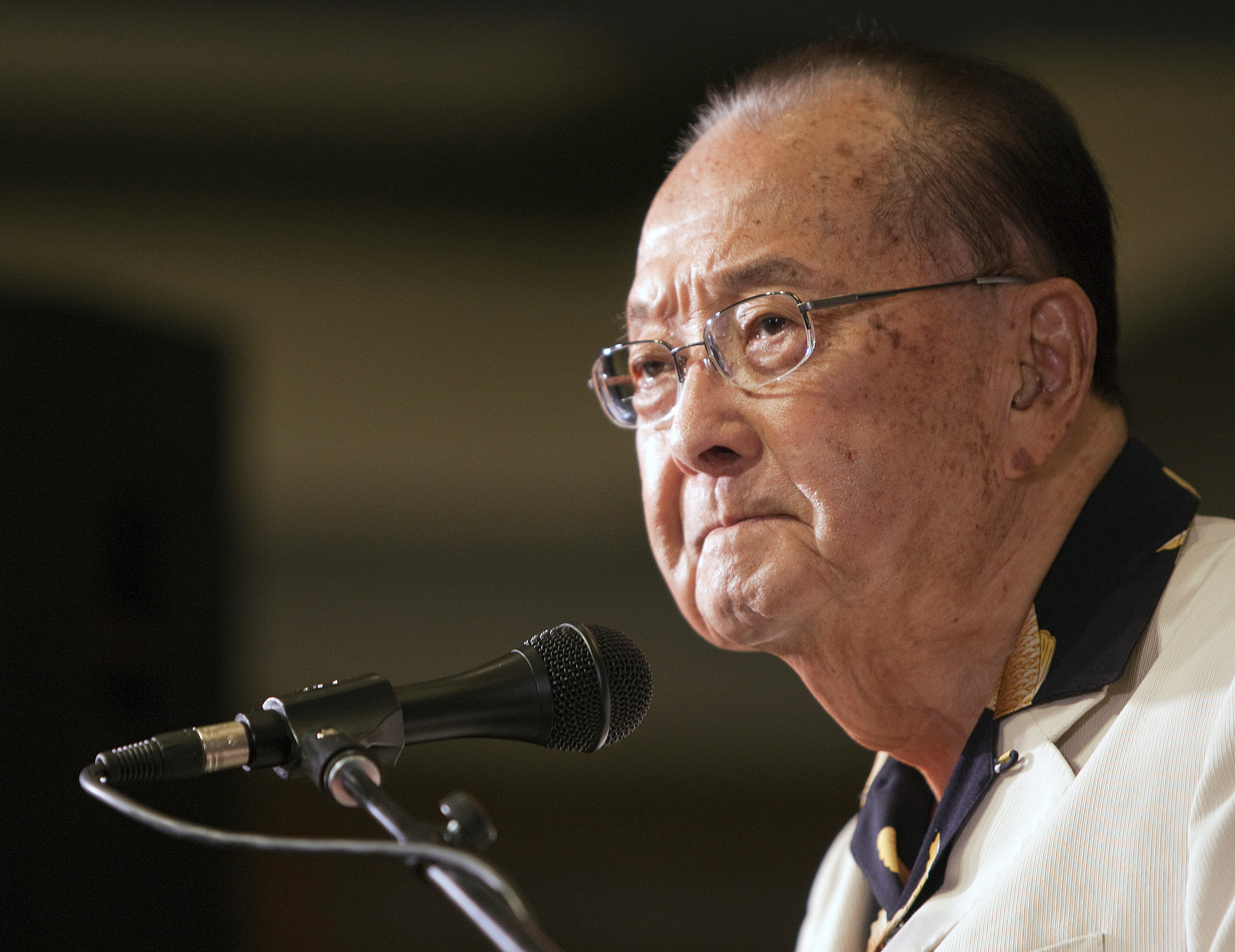 Just hours after an Inouye spokesperson said the Hawaii Democrat was in stable condition at a Washington-area Walter Reed National Military Medical Center, Inouye passed away around 5 p.m. EDT from respiratory complications. His last word, according to a statement released from his office, was the state's signature, "Aloha."

Inouye's wife, Irene, and son, Ken, were by his side when he died, and last rites were performed by Senate Chaplain Dr. Barry Black. His first wife, Maggie Awamura, preceded him in death.

Inouye has been representing his state in Congress ever since Hawaii became a state in 1959. Having served in the Senate since January of 1963, he was just two weeks shy of his 50-year mark in the chamber, making him the second-longest seated senator in U.S. history, after Robert Byrd of West Virginia, who served 51 years.

He was a decorated World War II veteran who lost his right arm in combat. Inouye served in the 442nd Regimental Combat Team, where he won 15 medals and citations.

"The story of Dan Inouye is the story of modern Hawaii," his office said in the statement. "During his eight decades of public service, Dan Inouye helped build and shape Hawaii."

Indeed, he had long been a force in Hawaii politics. Inouye served as chairman of the Appropriations Committee and was the Senate's president pro tempore - a position Sen. Pat Leahy, D-Vt., will take over - third in the presidential line of succession.

"When asked in recent days how he wanted to be remembered," the statement read, "Dan said, very simply, 'I represented the people of Hawaii and this nation honestly and to the best of my ability. I think I did OK.'"

President Obama issued a statement tonight saying the United States "has lost a true American hero with the passing of Sen. Daniel Inouye."

"In Washington," Mr. Obama said, "he worked to strengthen our military, forge bipartisan consensus, and hold those of us in government accountable to the people we were elected to serve. But it was his incredible bravery during World War II - including one heroic effort that cost him his arm but earned him the Medal of Honor - that made Danny not just a colleague and a mentor, but someone revered by all of us lucky enough to know him. Our thoughts and prayers are with the Inouye family."

Having just left the hospital where Inouye died, Senate Majority Leader Harry Reid, D-Nev., made impromptu remarks on the Senate floor, celebrating the veteran senator's life and career. "No one has been a better American than Sen. Inouye," Reid said of his friend, adding, "We will all miss him, and that's a gross understatement."

Minority Leader Mitch McConnell, R-Ky., too, shared kind words for the late senator, calling him a "hero" and "the kind of man, in short, that America has always been grateful to have, especially in her darkest hours: Men who lead by example, and expect nothing in return."

Inouye's death will have no effect on the party makeup of the Senate as Hawaii does not fill vacancies with immediate special elections. Instead, Hawaii law requires any legislative vacancy must be filled with someone from the same party. Gov. Neil Abercrombie, D-Hawaii, will choose from a list of three people submitted by the state Democratic Party to fill the seat until a special election is held in 2014.