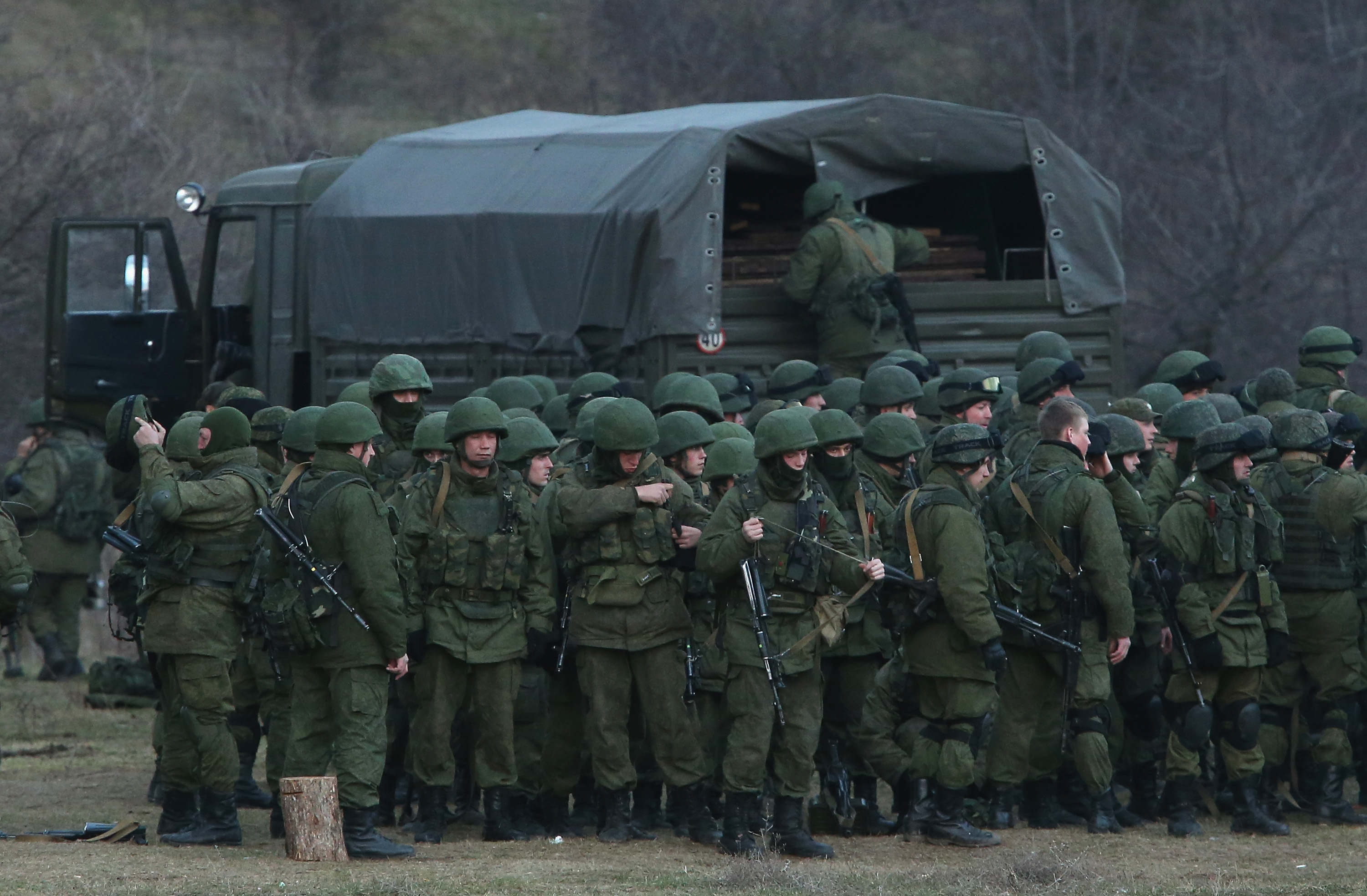 Both chambers of Congress are moving ahead with plans to condemn Russia for its invasion of the Crimean Peninsula in a rare show of unity from the White House, Democratic-led Senate and Republican-led House.

The House is set to vote Tuesday evening on a nonbinding resolution that passed the House Foreign Affairs Committee last week condemning Russia's violation of Ukrainian sovereignty and calling for sanctions against Russian officials, banks and other state agencies. Before the vote, all House members have been invited to a briefing on the latest developments from various members of the administration.

On the Senate side, Sens. Dick Durbin, D-Ill., and Dan Coats, R-Ind., announced an agreement on a bipartisan resolution to support the current Ukrainian government and condemn Russian actions.

The resolution, according to the two lawmakers, will demand that Russian forces withdraw all forces from the Crimean Peninsula that are not allowed there by a treaty and release Ukrainian troops in the region. They will also warn of consequences for any further military action, encourage President Obama to use the country's power to support Ukraine economically, penalize those responsible for the Crimea invasion and suspend Russia from the G-8, among other measures.

One other measure the lawmakers would like to see: the Federation Internationale de Football Association (FIFA) reconsider its decision to hold the 2018 World Cup in Russia.

"Our resolution is indicative of the strong support in the Senate for isolating and punishing Russia," the senators said in a statement. "Now is a time for the United States to show leadership and action."

The resolution has the support of the chairman and ranking member of the Senate Foreign Relations Committee, as well as 27 other senators.

Another Senate measure that would have authorized sanctions as well as aid and a loan guarantee for Ukraine is stalled at the moment, Reuters reported, because members have been unable to agree what should be in the legislation.

One area of contention is what to do about potential reforms to the International Monetary Fund (IMF) being sought by the White House. The member countries agreed in 2010 to expand the lending fund and give more weight to emerging markets. The reforms, which face opposition in the GOP-led House, were not included in their legislation.

"The IMF is the world's first responder in this kind of crisis, providing the expertise and financing needed to restore the Ukrainian economy to financial stability and growth. The U.S. has used its leadership position in the IMF to ensure that the IMF is forward- leaning in its response to the crisis in Ukraine, but we need to pass the IMF reform to maintain our leadership on issues like this one," said White House Press Secretary Jay Carney on Monday.

President Obama is preparing to meet with Ukrainian Prime Minister Arseniy Yatsenyuk Wednesday in the White House where he will express his support for the "responsible way in which Ukrainian officials in the parliament and the new government have handled "the crisis, according to the White House. Yatsenyuk also has a meeting scheduled with the Senate Foreign Relations Committee Wednesday afternoon.

The intelligence community, meanwhile, continues to monitor the situation, but stress that they have limited control in what will happen going forward.

"I know that many of you would like the CIA to predict the future, such as, will Crimea secede and be annexed by Russia? And will Russian forces move into eastern Ukraine? But the plain and simple truth is that with virtually all events around the globe, future events, including in Ukraine, are shaped by numerous variables and yet-to-happen developments, as well as leadership considerations and decisions," said CIA director John Brennan in a discussion at the Council on Foreign Relations. "While we do not have a crystal ball, it is our responsibility to identify those variables and considerations and point to the key drivers that will ultimately determine future events."

While Brennan said that Russia "absolutely" has the capacity to move into eastern Ukraine, he added that Russian President Vladimir Putin and others are "trying to determine exactly what they believe they need to do, as well as what they're willing to do, in light of such international condemnation of the Russian moves, whether or not they need to move in to Ukraine proper in order to protect their interests."

In a confirmation hearing on the Hill, Michael Rogers, the nominee to lead the National Security Agency (NSA) said that there was "an increasing cyber element in Ukraine" but said further details would need to be discussed in a classified meeting.