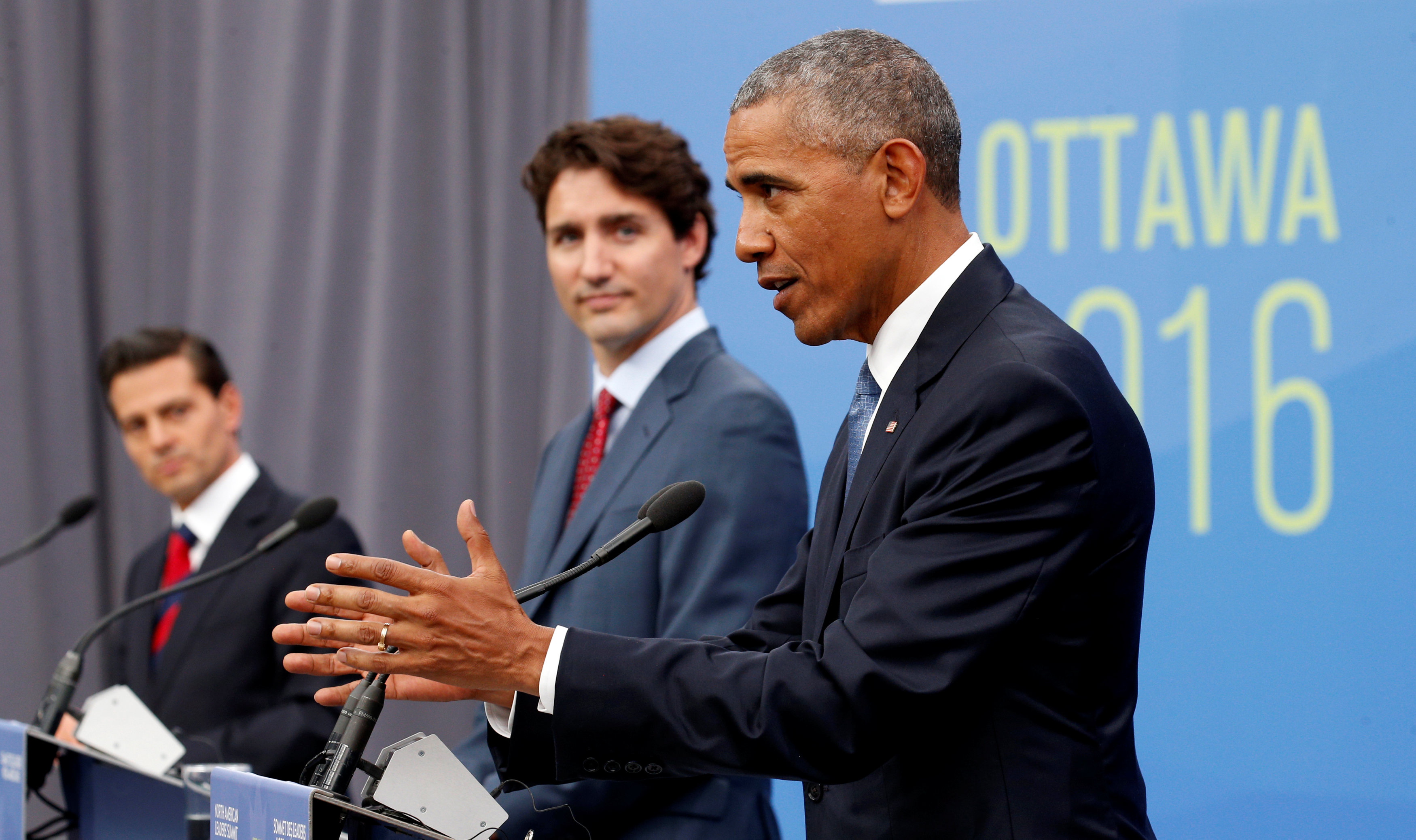 President Obama went off on his own rant Wednesday at a trilateral press conference in which he disputed the idea that Donald Trump is a populist and that the presumptive GOP nominee instead promotes "nativism" or "xenophobia."

After reporters asked a series of questions of Mr. Obama, Mexican President Enrique Peña Nieto and Canadian Prime Minister Justin Trudeau, Mr. Obama decided he had something else to say in Ottawa -- he addressed the common theme of populism raised during the event.

"I'm not prepared to concede the notion that some of the rhetoric that's been popping up is populist," Mr. Obama said, referring to Trump.

He said the reason why he ran for president in 2008, again in 2012, and why he will continue to work in some capacity in public service after he leaves office next year is because he cares about people and making sure every child has the same opportunities as he had.

The president said he cares about poor people, about workers having a collective voice in the workplace, about kids getting an education and ensuring that the U.S. has a fair tax system.

"I suppose that makes me a populist," Mr. Obama said.

Without identifying him by name, Mr. Obama dismissed Trump as someone "who has never shown any regard for workers, who has never fought on behalf of any social justice issues" and who has worked against providing economic opportunities.

"They don't suddenly become a populist because they say something controversial in order to win votes," he said. "That's not the measure of populism; that's nativism or xenophobia...or it's just cynicism."

"Somebody who labels us versus them or engages in rhetoric about how we're going to look after ourselves and take it to the other guy..that's not the definition of populism," he added.

Obama acknowledged that he went off on a "rant" and that he has that freedom now since he's nearing the end of his two terms in office.

During the press conference, Mr. Obama also addressed Trump's comments Tuesday in which he talked about withdrawing from trade deals like the North American Free Trade Agreement (NAFTA) or the Trans-Pacific Partnership (TPP).

"The prescription of withdrawing from trade deals and focusing solely on your local market, that's the wrong medicine. It's not feasible," Mr. Obama said.