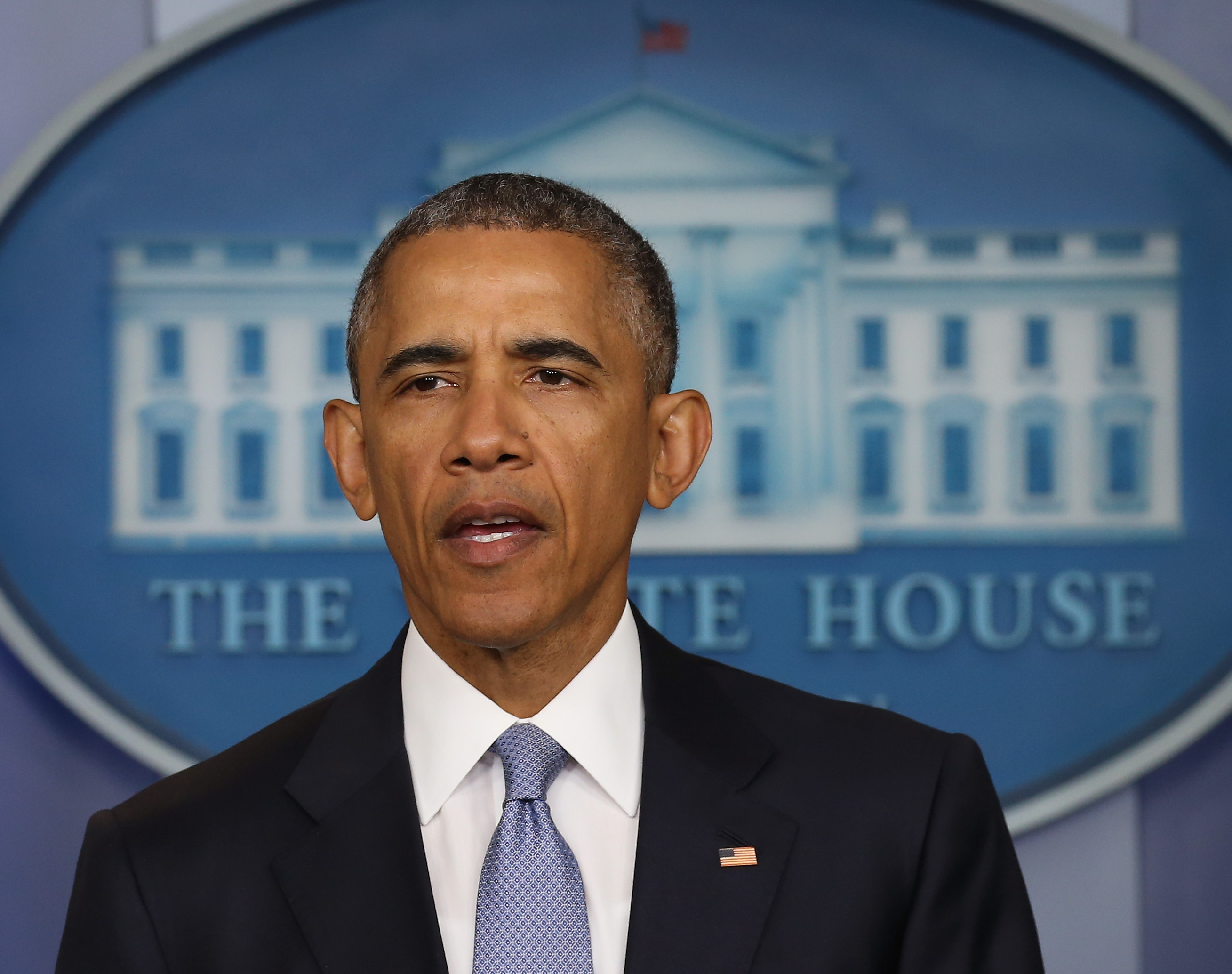 President Barack Obama is clearing the way for families of U.S. hostages to pay ransom to terror groups without fear of prosecution, as the White House seeks to address criticism from those whose loved ones have been killed in captivity.

The hostage policy review to be released Wednesday will also state that the U.S. government can help facilitate communications with terrorists on behalf of the families, according to U.S. officials. However, a prohibition on the U.S. government directly paying ransoms or making other concessions to terrorists will remain in place.

The federal government intends to "collaborate more effectively with families by proactively sharing more information, ensuring coordinated, consistent interaction by professionals with specialized training, and that any relevant background regarding the family's particular needs is always taken into consideration," according to a White House fact sheet.

The president has also directed the creation of several new government entities to improve the government's response to hostage situations, including a permanent agency to coordinate the recovery of U.S. hostages abroad, and a "family engagement team" meant to coordinate between the affected loved ones and government officials.

Obama will speak about the policies shortly after meeting with the families of Americans who have been held captive. He will address members of Congress and external stakeholders who provided valuable input as part of the review process, as well as White House staff.

The president ordered the review last year after families complained about their dealings with the administration, saying they were threatened with criminal prosecution if they pursued paying ransom in exchange for their loved ones' release.

Two U.S. officials familiar with the review said there will be no formal change to the law that explicitly makes it a crime to provide money or other material support to terror organizations. However, the administration will make clear that the Justice Department has never prosecuted anyone for paying ransom and that that will continue to be the case. And though there is some confusion among families with regard to material support laws and whether families could be prosecuted if they pay ransom, a Justice official tells CBS News that these new changes will make clear that families will not and shall not be prosecuted.

While the government has long turned a blind eye to family contacts with terrorists, officials acknowledge that the unspoken policy has been applied unevenly. The inconsistencies have been magnified in recent months with the kidnappings and killings of Americans by terror groups.

Four Americans have been killed by the Islamic State since last summer: journalists James Foley and Steven Sotloff and aid workers Peter Kassig and Kayla Mueller. After the release of gruesome videos showing the beheadings of some hostages, Obama approved an airstrike campaign against the Islamic State in both Iraq and Syria.

The families' anguish has been deepened by the fact that European governments routinely pay ransom for hostages and win their release. The U.S. says its prohibitions against the government and private individuals making any concessions to terrorist demands are aimed both at preventing more kidnappings and blocking more income for terror groups.

However, the Obama administration did negotiate with the Taliban last year to win the release of Army Sgt. Bowe Bergdahl, who was captured after walking away from this post in Afghanistan. Five Guantanamo Bay detainees were exchanged as a condition of his release. White House officials say those negotiations were permissible because Obama sees a special responsibility to leave no American service member behind on the battlefield.

Elaine Weinstein, whose husband Warren Weinstein was accidentally killed by a U.S. drone strike in April while being held hostage by al-Qaida, argued Tuesday against the government making such distinctions between U.S. citizens.

"The people who take American citizens working abroad as hostages do not discriminate based on their job or employer, and neither should our government," Weinstein said in a statement.

Even as the administration eases restrictions on families, officials said the ban on the U.S. government directly paying ransom or making other concessions to terrorists would remain.

"The president does continue to believe that it's important for the United States of America to adhere to a no-concessions policy," White House spokesman Josh Earnest said.

The White House invited the families of 82 Americans held hostage since 2001 to participate in the review, and 24 agreed to do so. The National Counterterrorism Center, which oversaw the review, also consulted with hostage experts from the U.S. and other countries.

As part of the review's findings, Obama will announce the creation of a hostage recovery "fusion cell" that will coordinate the multiple government agencies involved in such issues. The new office aims to address family frustrations about getting contradictory information from different agencies by creating a single point of contact.

"We had no one accountable for Jim," Diane Foley, the mother of James Foley, said earlier this year. The Foley family has also said the government uses its policy of not paying ransom or negotiating with terrorists to avoid answering families' questions.

The administration is not acquiescing to the requests of some families to house the fusion cell in the White House's National Security Council. Instead, the office will be at the FBI.

Rep. John Delaney, D-Md., who has worked closely with the Weinstein family, said the administration is considering putting a senior FBI official in charge of interagency hostage-recovery efforts. Delaney said he and the Weinsteins would rather have those efforts overseen by a higher-level government official with the authority to cut through bureaucracy.

Obama is also expected to announce the creation of a State Department special envoy post that will head the administration's dealings with foreign governments on hostage matters.