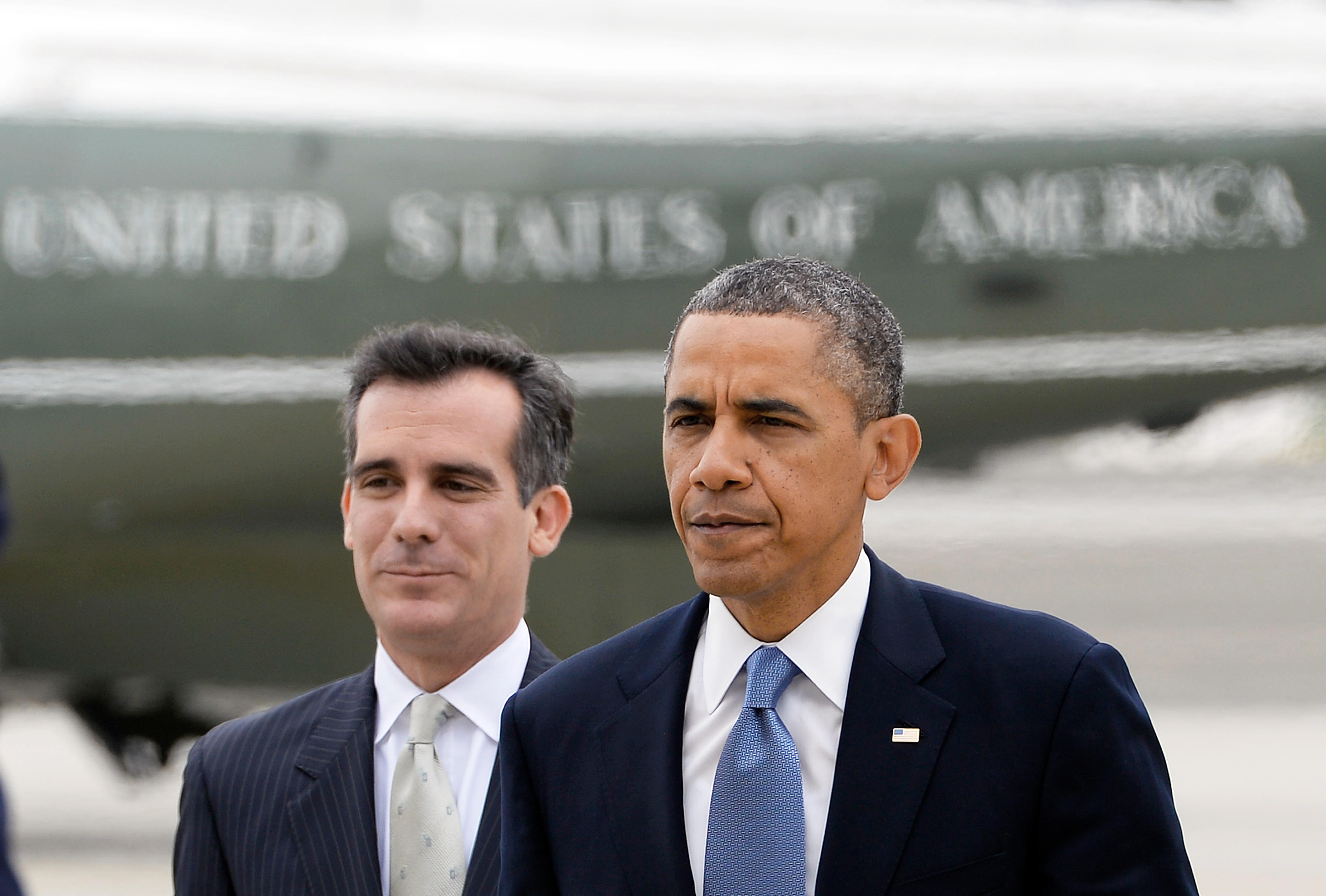 Former President Barack Obama will be immortalized on the streets of Los Angeles as L.A. Mayor Eric Garcetti announced that the city council voted to rename Rodeo Road to Obama Boulevard. Garcetti tweeted Tuesday night, "We're thrilled that Angelenos and visitors will forever be reminded of the legacy of President Barack Obama when traveling across L.A.

Not to be confused with the posh and fashionable Rodeo Drive that runs through L.A.'s Beverly Hills neighborhood, Rodeo Road is located in a more residential area of the city with several schools and recreation centers adjacent to L.A.'s Crenshaw neighborhood.

Garcetti and Obama's relationship dates back to the former president's 2008 campaign when Garcetti served as a California co-chair.  Obama later endorsed Garcetti in his reelection campaign in 2017, calling him a "friend, loyal ally and a great and visionary mayor of Los Angeles."

Garcetti, meanwhile, is seen as a possible contender for the 2020 Democratic presidential nomination after announcing he would not seek a run for the governor's seat in California. Garcetti told The New York Times he considers himself a part of an "impatient next generation" as Democrats weigh who will lead the beleaguered party in the next presidential election.