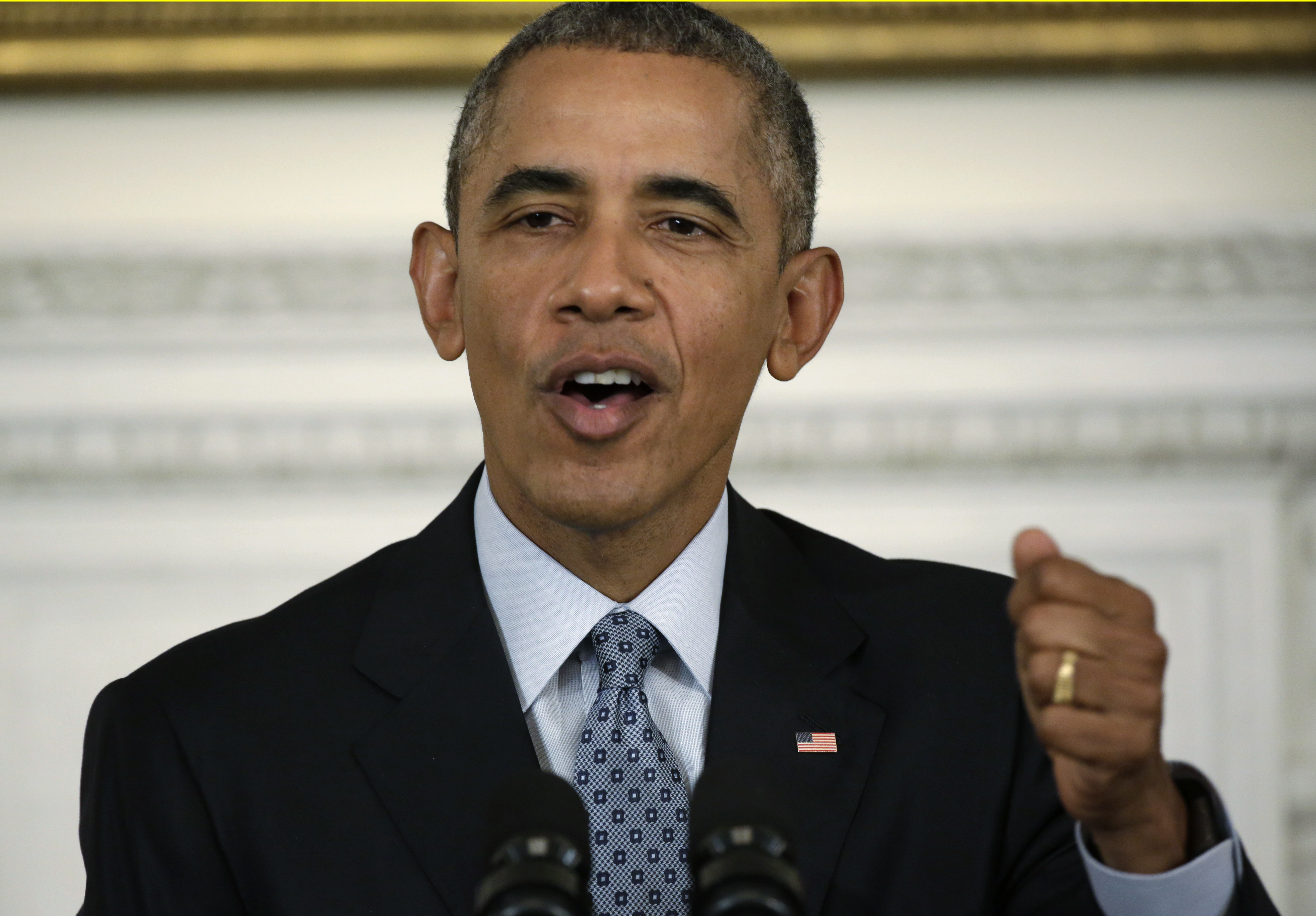 President Obama sharply criticized the approach Russia is taking toward Syria with the airstrikes carried out this week.

Russia sees no difference between the forces opposing Syrian President Bashar al-Assad, the president complained. Speaking at a White House press conference Friday, he said Putin "doesn't distinguish between ISIL and a moderate Sunni opposition that wants to see Mr. Assad go. From their perspective, they're all terrorists. And that's a recipe for disaster, and it's one that I reject."

Russia's intervention in Syria, the president added, is "not particularly different from what they've been doing in the past...They're just more overt about it."

The U.S. and Russia fundamentally disagree about how to end the strife in Syria. The president believes that Syria cannot be stabilized without the removal of Assad, while Putin, who had an existing alliance with Assad, argues that helping the Syrian president is part of the solution.

At his news conference, President Obama talked about the meeting he had with Putin in New York this week at the U.N. General Assembly and said he was "very clear" with Putin.

And the president suggested, "A military solution alone," in which "Russia and Iran to prop up Assad and pacify the population," will just "get them stuck in a quagmire, and it won't work." The the two countries "will be there for awhile if they don't take a different course," he predicted.

Like Russia, Iran favors aiding Assad in order to end Syria's civil war. Iranian President Hassan Rouhani told "60 Minutes" recently that the time to talk about the constitution or a future regime including opposition groups is after "a secure environment is created." He argued, "[I]n a county where a large segment of the country has been occupied by terrorists, and there is bloodshed inside the country, millions of people have been displaced, how is it possible that we fight the terrorists of this country without supporting and helping the government of that country?"

It is an approach President Obama dismisses. "We're not going to go back to the status quo ante," he said.

Mr. Obama also added that Putin "had to go into Syria out of weakness," suggesting that Assad had been so damaged that it was now "insufficient for [Putin] to simply send arms and money. Now he's got to send in his own planes and pilots."

At the United Nations this week, Putin in his address to the General Assembly called for nations to cooperate with Assad and his "armed forces who are valiantly fighting terrorism face to face." It was not an argument that President Obama found convincing.

"I didn't see the 60-nation coalition start lining up behind him," Mr. Obama said. "Iran and Assad make up Mr. Putin's coalition at the moment. The rest of the world makes up ours."