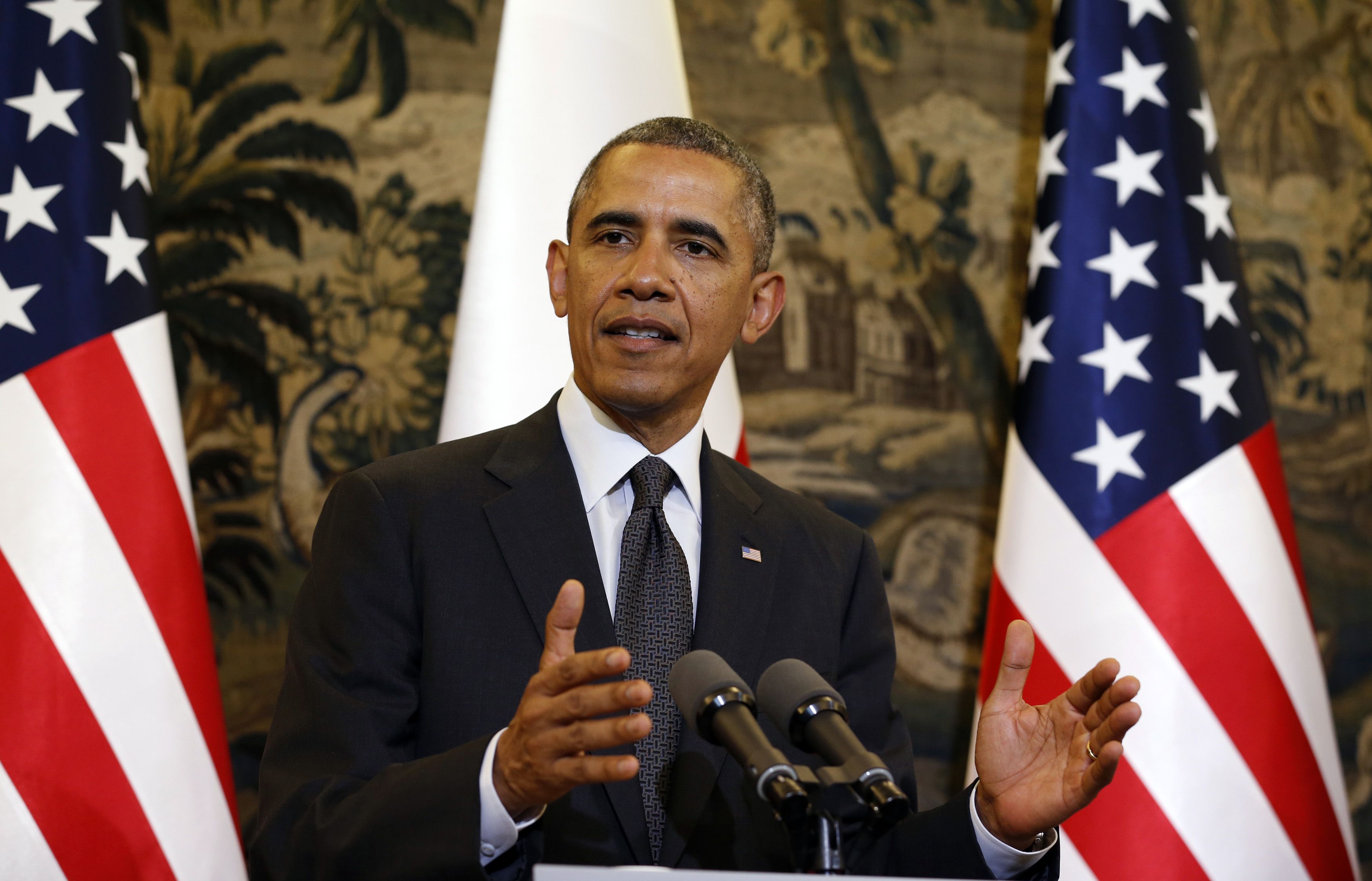 President Obama said Tuesday he plans to expand the U.S. military presence in Europe and is calling on Congress to authorize up to $1 billion to support that initiative.

The president spoke at a press conference with Polish President Bronislaw Komorowski as part of a four-day, three-country tour built around the 70th anniversary of the D-Day invasion of Normandy and a G-7 meeting to discuss energy, trade, and the ongoing crisis in Ukraine. Although Russian troops have begun to pull back from the Russia-Ukraine border, there is still violent unrest in parts of Southern and Eastern Ukraine that threaten to disrupt the newly elected, western-backed government taking office in Kiev.

The move is partially aimed at bolstering the confidence of Eastern European nations that feel threatened by Russia's recent encroachment into Ukraine. Mr. Obama said he wants good relations with Russia, but that the U.S. or NATO will not tolerate any violation of international law.

History has shown that the principles of sovereignty and territorial integrity are "the cornerstone of the peace and security that we've seen in Europe over the last several decades," Mr. Obama said.

The U.S. plans to send more military equipment and rotate troops through the region. At the same time, Mr. Obama called on European NATO allies to "do their fair share" with a proportional share of time and money into the alliance's resources, planning, integration and training.

Mr. Obama is expected to cross paths with Russian President Vladimir Putin at the Normandy anniversary later this week. He indicated that Russia can play a large role in helping to stabilize Ukraine as it develops a strategy to deal with the continued unrest in the east and south.

"You can't have a bunch of masked thugs creating chaos in a big chunk of your country and there has to be some mechanism to return law and order to these areas," Mr. Obama said. "This is where Russian influence can be extraordinarily important."

He also said he continues to maintain a "business-like" relationship with Putin and has articulated the same principles to him publicly and privately throughout the crisis. The president said he believes that it is "possible" for the U.S. and Russia to rebuild some of the trust that has been lost during the past year, but that it's "fair to say that rebuilding that trust will take some time."

In the meantime, he said, the U.S. will be prepared for any contingencies if Russia tries to threaten any other neighboring countries.