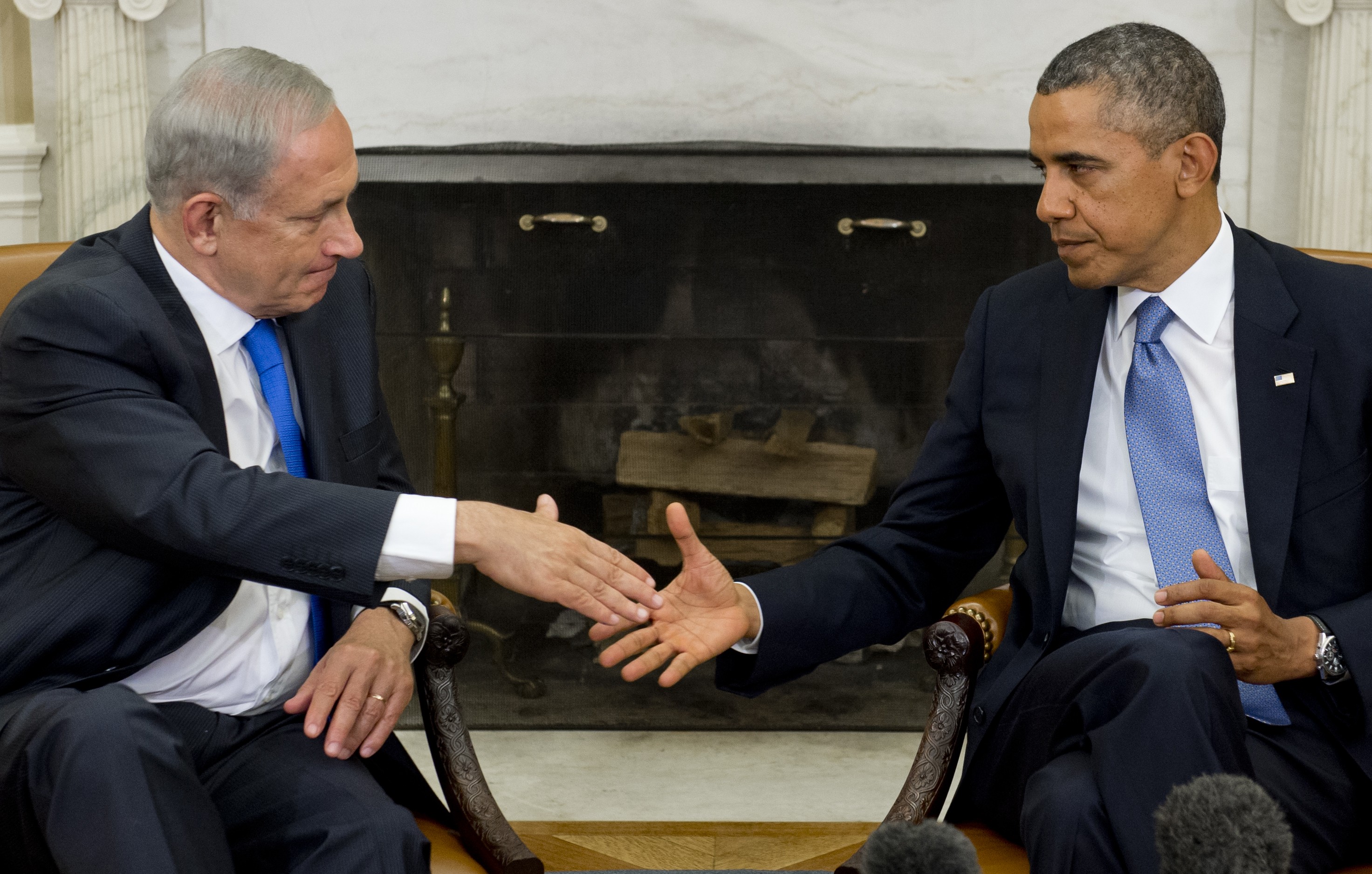 President Obama and Israeli Prime Minister Benjamin Netanyahu emerged from a meeting Monday united on the fact that Iran must show concrete proof that it is dismantling its nuclear program in order for the U.S. to lift any economic sanctions.

"We have to test the diplomacy, we have to see if in fact they are serious about their willingness to abide by international norms and international law and international requirements and resolutions," Mr. Obama told reporters after his meeting with Netanyahu. "Anything that we do will require the highest standards of verification in order for us to provide the sort of sanctions relief that I think they are looking for."

Mr. Obama and Iranian President Hassan Rouhani spoke by phone last Friday, the first conversation between American and Iranian presidents in more than 30 years. After his meeting with Netanyahu, Mr. Obama expressed his preference for a diplomatic resolution is possible, but also reiterated his pledge not to take military options off the table to prevent Iran from developing a nuclear weapon.

Netanyahu - who has expressed deep skepticism, about the discussions between the U.S. and Iran -- said he appreciated Mr. Obama's pledge to seek meaningful action. He said it was both the credible military threat and economic sanctions that have brought Iran to the negotiating table.

There was minimal mention by either leader of the U.S.-backed peace talks taking place between Israeli and Palestinian negotiators at the moment, though Mr. Obama did praise Netanyahu's "courage" for entering into the talks. Both expressed hope for a positive outcome.

Secretary of State John Kerry helped spark the first direct U.S.-Palestinian peace talks in three years after he won concessions from both sides: Israel agreed to release 104 Palestinian prisoners, and the Palestinians said they would not seek recognition by the United Nations. The talks, which began in Washington in late July, are intended to last about nine months and resolve several critical issues such as the status of Jerusalem, Israeli settlements in the West Bank, refugees, and Palestinian land claims in Israeli territory.

It has been several years since serious progress was made on negotiating peace in the region. An attempt by Mr. Obama to restart talks in 2010 collapsed after only a few meetings, and a more substantive effort at the end of President George W. Bush's second term failed in 2008. In his speech to the United Nations last week Mr. Obama said the peace process would beamong his top priorities during the remainder of his presidency.

Several events in recent weeks have threatened the progress of the talks, including fatal attacks on two Israeli soldiers earlier this month by Palestinians. In response, Netanyahu said he wanted to strengthen Jewish settlement in Hebron, the largest Palestinian city in the West Bank. Palestinians hope the area will be a part of a future state that also includes the Gaza Strip and east Jerusalem, which were captured by Israel in the 1967 war. About half a million Israelis live in settlements in the West Bank and east Jerusalem, which has received international condemnation, but Netanyahu refused to freeze settlement activity as a precondition for the talks.

But both sides have stayed at the table, for the time being. Mr. Obama met with Palestinian President Mahmoud Abbas at the United Nations last week, where Abbas reaffirmed his commitment to the peace process. He and Netanyahu have not yet met directly, leaving the work to negotiators.