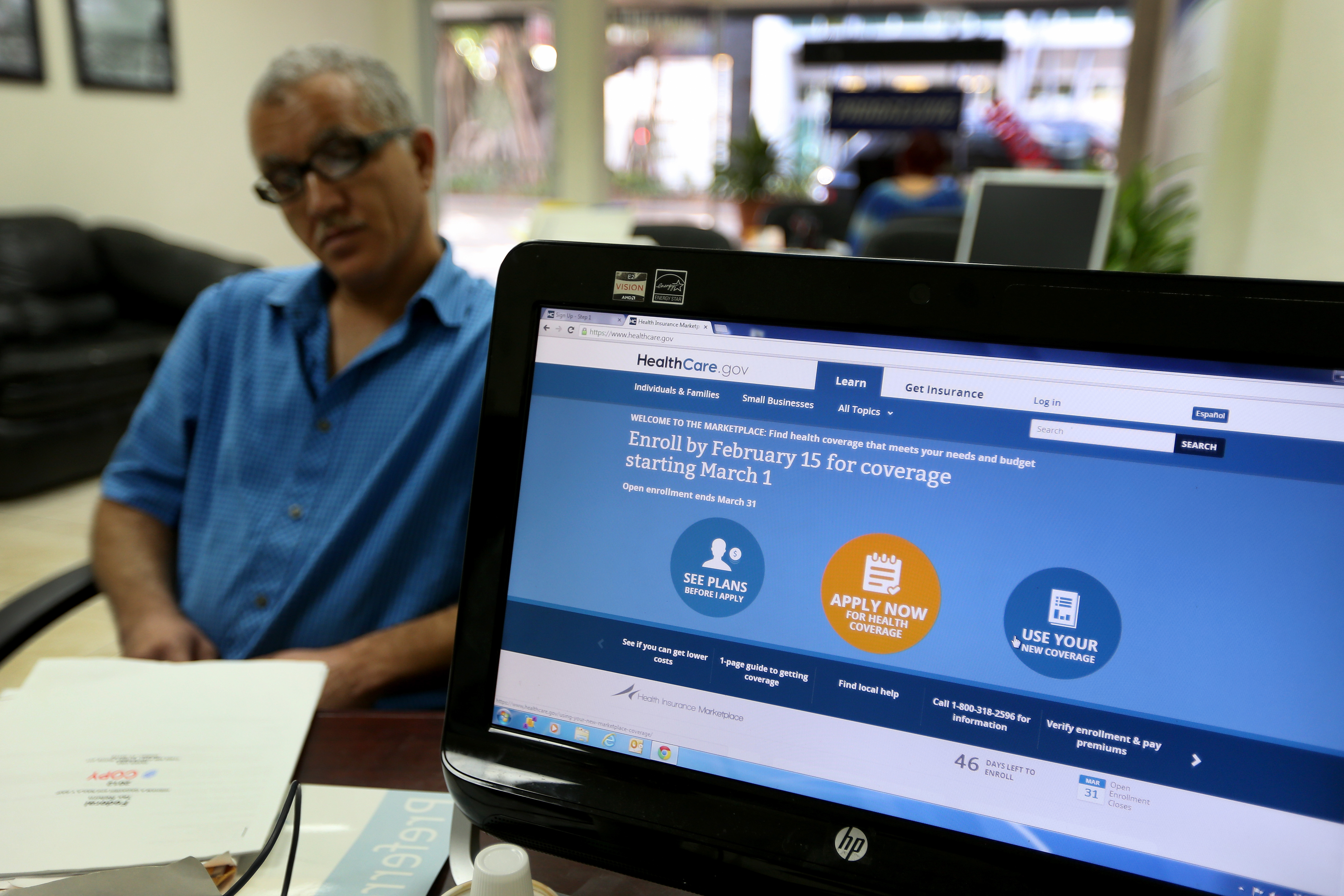 WASHINGTON -- When consumers turn on their laptops and tablets Monday morning, they should be able to check premiums for 2016 under President Barack Obama's health care law.

Rates are going up in many parts of the country as a new sign-up season starts Nov. 1. But people have options if they shop around, and an upgraded government website will help them compare costs and benefits.

HealthCare.gov and state-run insurance markets are entering their third year, offering taxpayer-subsidized private coverage. That's helped cut the share of Americans who are uninsured to about 9 percent, a historical low. Still, the many moving parts of the Affordable Care Act don't always click smoothly, and people are divided about the law.

AVERAGE PREMIUM? NO SUCH THING

Independent experts are forecasting bigger premium increases in 2016 than last year, averaging from the high single digits to the teens. Next week the government will release a master file that researchers use to piece together national trends.

Averages won't tell the story, because health care is local. Premiums can vary widely from state to state, and within a state.

Most states won't be like Minnesota, where all five carriers selling individual policies on the insurance exchange have posted double-digit increases, from 14 percent to 49 percent.

They're not likely to be like southern California either, where officials forecast an average rise of 1.8 percent for consumers who stay with their current plan.

For more than 8 in 10 customers, premium increases will be cushioned by taxpayer subsidies. That will absorb most of the cost, but it still may pay to shop around.

Too many consumers look only at the monthly premium when picking a plan. They shouldn't. Other costs can be just as important. These include the deductible - the amount individuals must pay each year before their plan kicks in - and cost-sharing or copays for medical services.

Trying to demystify the process, HealthCare.gov will feature a new calculator that estimates total costs based on a consumer's expected medical needs.

Tip: Even if people use the calculator, the website will still rank options starting with the lowest premium plan. Look below that figure for total costs.

Patients who need medical follow-up for ongoing health issues may come out ahead by paying a higher monthly premium for a plan that has lower out-of-pocket costs. Instead of picking a plan at the "bronze" coverage level, they might look at "silver," which also offers subsidies for cost sharing, based on the consumer's income.

As before, returning customers who don't want to make any changes will get automatically re-enrolled. That process will be smoother this year, insurers say, because the government has better information to update subsidies for customers who just want to keep the same plan.

Tip: Returning customers must make sure to file a tax return. Those who got subsidies in 2014 could lose their financial assistance next year if they have not filed.

SOME NEW FEATURES STILL IN TESTING

Consumer advocates have been clamoring for an upgrade that allows patients to easily search for insurance plans that their doctor participates in.

That's coming, but it may not be ready by Nov. 1, the date when consumers can start signing up.

Administration officials say the doctor look-up - as well as a prescription drug finder - are in final testing. They want to be sure the information is accurate before flipping the switch.

The tax penalty for people remaining uninsured in 2016 is no slap on the wrist. It's high enough to cover several weeks of groceries.

The fine will rise to the greater of either $695 or 2.5 percent of taxable income. That's for someone without coverage for a full 12 months. This year the comparable numbers are $325 or 2 percent of income, whichever is greater.

Several organizations, from TurboTax to the nonpartisan Tax Policy Center, will be offering online tax penalty calculators. That can put a dollar figure on the trade-offs for those who are on the fence about signing up.

Changes include new privacy protections. A "privacy manager" will let consumers opt out of embedded connections to third-party websites. If customers have enabled the "Do Not Track" setting on their browsers, the government will automatically honor their preferences.

In another improvement, consumers will get real-time reminders to enter Social Security numbers and key details from immigration documents. That can head off major problems later on by helping the government quickly verify a person's identity.

Officials say a maddening glitch that resulted in some customers getting locked out of their accounts has been fixed. Call center operators can now help reset passwords for consumers who no longer have access to the email address they used to set up their HealthCare.gov accounts.

For the third year in a row, the dates for HealthCare.gov's sign-up season have changed.

Tip: For coverage to start Jan. 1, consumers must enroll by Dec. 15.