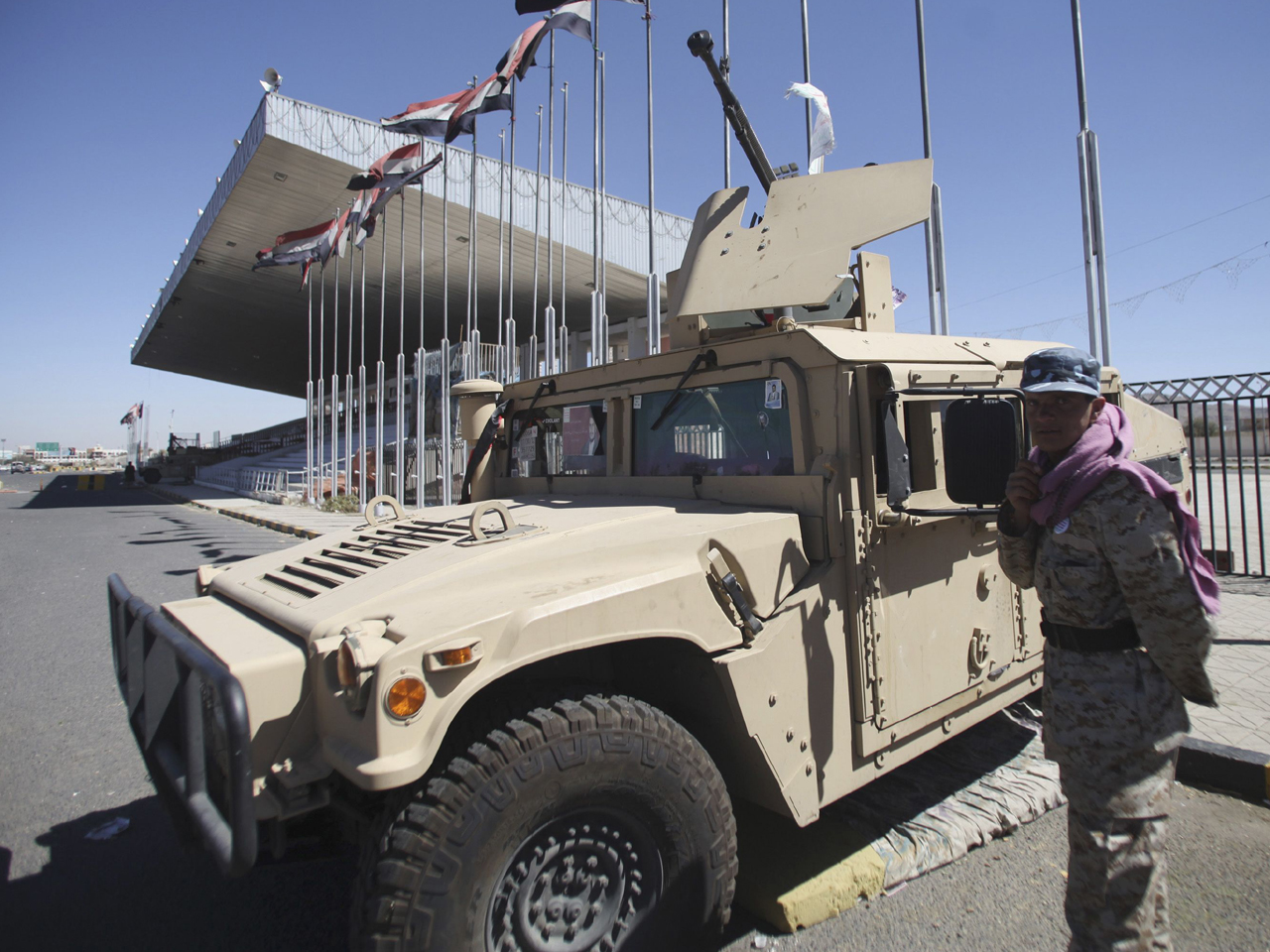 WASHINGTON -- The Obama administration's senior counterterrorism official acknowledged Thursday that the U.S. intelligence community was surprised by the collapse of the U.S.-backed government in Yemen.

What happened in Iraq with the onslaught of ISIS "happened in Yemen" on "a somewhat smaller scale," he said. "As the Houthi advances toward Sanaa took place... they weren't opposed in many places.... The situation deteriorated far more rapidly than we expected."

Rasmussen made the admission under questioning by Sen. Roy Blunt, a Missouri Republican who noted that President Barack Obama recently touted Yemen as a success. Now, it's a "total disaster," Blunt said.

In response to other questioning, Rasmussen also noted that extremists in Libya, Afghanistan, Egypt and Algeria had pledged allegiance to ISIS, suggesting a growing influence of that al Qaeda rival.

ISIS is now the dominant extremist group in the Libyan cities of Derna and Benghazi, where a 2012 attack killed four Americans including U.S. Ambassador Chris Stevens, he said.

"We've seen in recent months [ISIS] has looked to expand its reach in a number of places," Rasmussen said.

He acknowledged that efforts against al Qaeda's Yemen affiliate, considered one of the most dangerous to Americans, had been significantly diminished by the collapse of the government and this week's evacuation of the U.S. Embassy.

American teacher's family fears he'll be left behind in Russian prison
Thanks for reading CBS NEWS.
Create your free account or log in
for more features.
View CBS News In
CBS News App Open
Chrome Safari Continue
Be the first to know
Get browser notifications for breaking news, live events, and exclusive reporting.