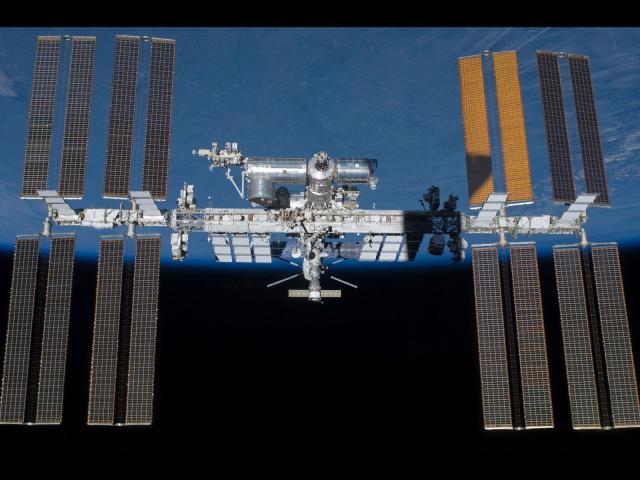 The Obama administration has given NASA the go-ahead to operate the International Space Station through at least 2024, the agency announced Wednesday, allowing government and private-sector researchers to count on at least another decade of operations, officials said.

"This is a tremendous announcement for us here in the space station world and really for all of human spaceflight and the international partnership aboard the space station," he told reporters. "It's allowing us to have a planning horizon that is really 10 years long, it extends from 2014 now to at least 2024. That really changes the way folks see their investment, especially the commercial side."

In 2004, the Bush administration ordered NASA to complete the space station and retire the shuttle by around 2010, clearing the way for a new program to establish a research base on the moon.

The Obama administration canceled the Constellation moon program and ordered a dramatic change of course. NASA was told to develop commercial manned spacecraft to ferry crews to and from the station and to build a new heavy-lift rocket to propel Constellation program Orion capsules on deep space missions to nearby asteroids and, eventually, Mars.

At roughly the same time, the administration announced that it planned to extend the life of the International Space Station by at least five years, from 2015 to 2020.

Late last year, NASA, its prime contractor Boeing and the agency's international partners completed a detailed engineering analysis that showed the lab complex could be safely operated through 2020 and, with a bit of luck and continued funding, through 2028, the 30th anniversary of the start of station assembly.

While the administration has now agreed to support station operations through 2024, Gerstenmaier said an additional extension may be possible down the road depending on commercial interest and on-going political support.

"If we as a species are going to get off the Earth ... and we want to push out beyond low-Earth orbit, we're going to have to use this small foothold called the International Space Station to go do that," Gerstenmaier said. "This is our only opportunity to really move forward."

But NASA faces major budget challenges in the years ahead with plans to build the heavy-lift Space Launch System rocket needed for deep space exploration; continued development of the Orion capsule; and ongoing work to develop commercial manned spacecraft to carry astronauts to and from the space station.

NASA currently spends about $3 billion a year on space station operations, including the cost of unmanned cargo ships and astronaut transportation aboard Russian Soyuz spacecraft. Gerstenmaier said commercial manned spacecraft operated by one or more U.S. companies should be ready to fly in the 2017 timeframe, assuming continued funding.

He said extending station operations through 2024 would not require any significant additional funding, with spare components already in the pipeline or funded for later development. In addition, funding held in reserve for de-orbiting the outpost at the end of its useful life would be used instead to support continued operations.

But it is not yet clear whether the European Space Agency and the Japan Aerospace Exploration Agency will agree to additional station operations or whether NASA and Roscosmos, the Russian federal space agency, could be left to cover the full cost of station operations beyond 2020.

"We've talked to the partners about this," Gerstenmaier said. "This is a big deal for them to say whether they're going to be able to continue with station or not. They'll continue to evaluate that over the next several years and I think in general, they see this as a positive step. They see the near-term benefit of station."

But if one or more partners ultimately opts out of the project, NASA will continue on its own.

"We're prepared to do what we have to do if the partners choose to take a different path," he said. "I fully intend our partners to see the benefit, and they will be there with us in the future. (But) we're prepared, if we have to, to do this with Russia (alone)."

Gerstenmaier said extending the space station's operating horizon for a full decade would pay off on multiple fronts.

Along with expanding research opportunities, the extended lifetime will improve the business case for companies providing cargo delivery services and manned spacecraft on a commercial basis.

Orbital Sciences Corp. and SpaceX currently hold contracts valued at $3.5 billion to deliver more than 80,000 pounds of hardware and supplies to the outpost. In addition, SpaceX, Boeing and Sierra Nevada Corp. are competing for contracts to provide commercial manned spacecraft.

"Now they can see a market that extends to at least 2024," Gerstenmaier said. "They see a much larger business case, a much larger market share to go ahead and take some of their non-recurring engineering (costs) and amortize that over this longer period of potentially more flights. So that really changes their perspective moving forward."

He said the space station was an integral component in NASA's long-range exploration plans, providing a test bed for the technologies needed for eventual flights to deep space.

Along with collecting medical data on the long-term medical effects of weightlessness, "there are lots of systems in space we really need to test on the International Space Station."

"The life support system we have on the space station is acceptable in low-Earth orbit where we have a fairly easy supply chain," Gerstenmaier said. "When we commit to distances as far away as Mars, we'd better have that system really understood, we better understand what it takes to maintain it. We don't have an option to go pull things back."