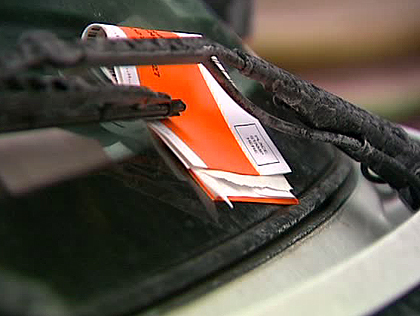 The officers and five other people are awaiting arraignment Friday in the Bronx.

According to CBS station WCBS, two people familiar with the case say some of the charges allege the officers abused their authority by helping family and friends avoid paying traffic tickets.

WCBS reports that as many as 80 cops have been disciplined by Police Commissioner Ray Kelly for various minor offenses stemming from the probe.

Union officials have complained that the probe unfairly singles out officers for an unofficial practice that has been tolerated for years.

President Patrick Lynch says the officers are being scapegoated.

The case evolved from a low-profile wiretap of a Bronx officer suspected of having ties to a drug dealer.