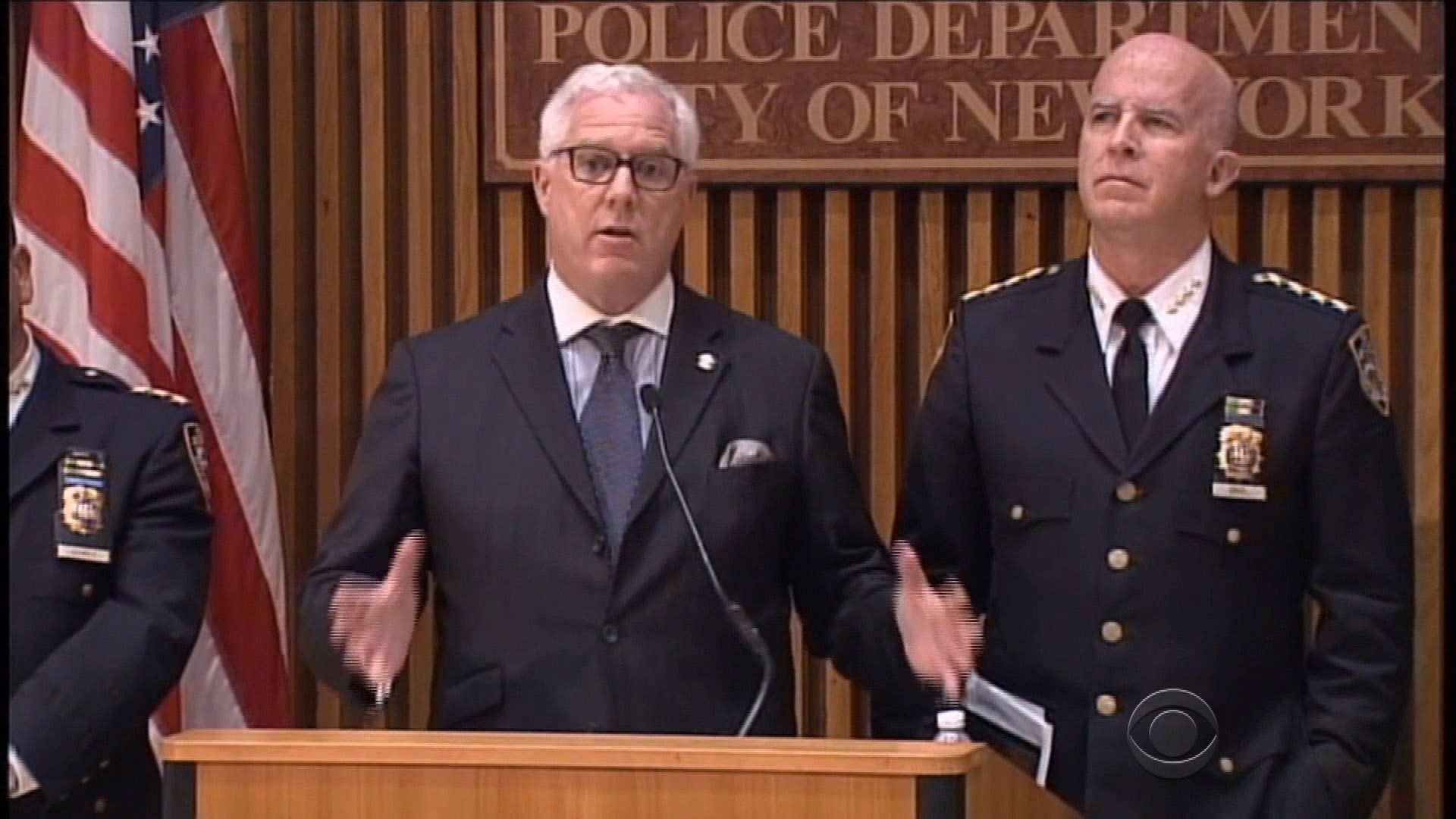 Even though the territories held by extremist groups like al Qaeda and ISIS have been eroded, the groups' global propaganda reach is still proving to be an effective recruitment tool, inspiring uncomplicated but deadly terror attacks on U.S. soil, according to the head of the New York Police Department's Intelligence and Counterterrorism bureaus.

While the killing of al-Qaeda leader Osama bin Laden in 2011 and the organization's top propagandist, Anwar al-Awlaki, in 2012 were effective setbacks, the group and, more significantly, its regional successor, ISIS, have maintained a propaganda arm that reaches around the world and often across ideologies, Miller said.

He listed as examples some small but occasionally deadly terror attacks, like that of the 2017 truck attack by Sayfullo Saipov that killed eight people; the subsequent attempted subway bombing by Akayed Ullah that injured three in 2017; and the 2016 Chelsea bomb plot carried out by Ahmad Khan Rahimi, whose improvised devices injured 31 people.

In all, and separate from those attacks, Miller estimated the NYPD had foiled roughly 30 terror plots since 9/11. "That's significant," he told Morell.

"If you look at the threat as we used to find it here in New York City, it was a deep threat and a narrow threat. Very complex," Miller explained. He cited in particular al-Qaeda's "sophisticated" external operations bureau, which was charged with recruiting potential followers, assembling terrorist cells and professionally managing complex plots. "That's a giant threat," he said.

"The threat today is much lower," Miller continued. "Compared to what it was, it's two inches deep. The problem is it's now miles wide."

Miller – who from 2011 to 2013 was a senior correspondent for CBS News, and before that held positions with the Los Angeles Police Department, the Office of the Director of National Intelligence, and the FBI – spoke with Morell about the ways extremism is stoked today. He suggested easily accessible propaganda had changed, if not augmented, the types of threats facing the country.

The approach to radicalization looks to be derived in part, Miller said, from a text written in the mid-2000s by suspected al-Qaeda member Abu Musab al Suri, who argued that the most successful terrorist organization is one that puts itself out of business by creating "the jihad of the individual."

"'[T]rue success is achieved when the message itself is the driver,'" Miller said, summarizing al Suri's work. "'The authorities can never dismantle something that has no shape. They cannot crush an organization that's already flat.'"

Today, Miller said, as propaganda easily reaches potential extremists online, it can have the dual effect of inspiring deadly attacks while also desensitizing them to violence.

"[T]his is not a system unique to Islamic extremism," he said. "We're seeing that now in some of these right-wing attacks where they're watching the same stuff, and they're in the chat rooms, and they're stirring each other up, and they're pouring gasoline on each other's comments – and it becomes self-propelling," he told Morell.

"When the conspiracy is between this person's mind up here and that glowing computer screen a foot away," Miller said, "that's a very small space to collect intelligence in between. That's a very hard place to get into."

Further complicating some extremist attacks is their oblique or non-existent nexus to terrorism, Miller told Morell, citing the recent arrest of Cesar Sayoc, the alleged mailer of pipe bombs to prominent Democrats. Sayoc is awaiting trial in federal court.

Though, as a suspect, Sayoc was known to law enforcement, Miller said, "he would have been a very small blip on the radar."

"He wasn't any kind of master criminal," he explained. "But first he loses his job. Then he loses his house. Now, he's living out of a van. He's angry at the world because it can't be that he's a failure. The world must be failing him. Whose fault is that?"

For much more from Michael Morell's conversation with John Miller, you can listen to the new episode and subscribe to Intelligence Matters here.

U.S. engagement in Afghanistan: Past, present and future

"Intelligence Matters": Morell on 9/11, the CIA and Afghanistan, Part 2
More