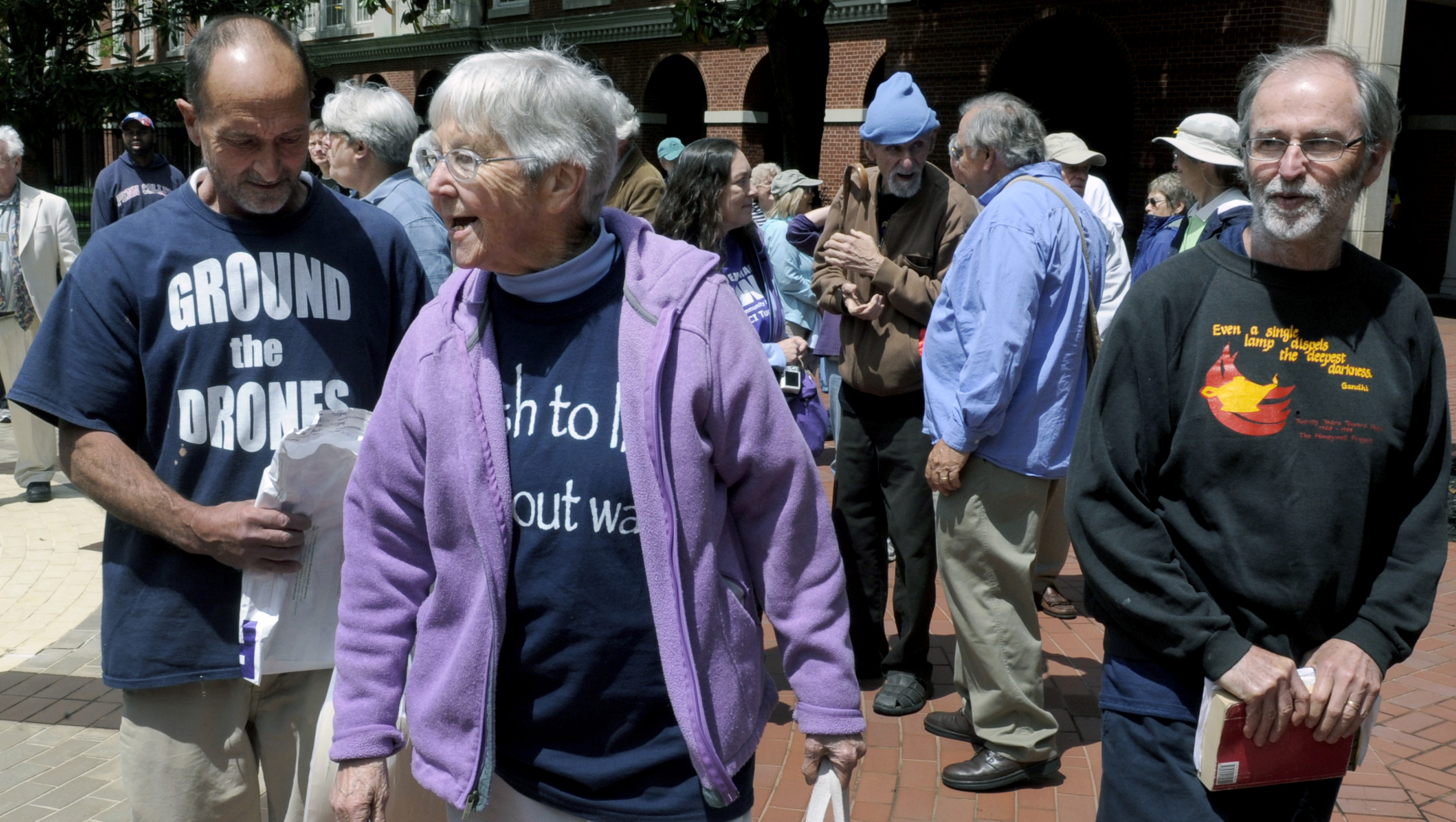 NASHVILLE, Tenn. - An 84-year-old nun was sentenced Tuesday to nearly three years in prison for breaking into a U.S. nuclear weapons complex and defacing a bunker holding bomb-grade uranium, a demonstration that exposed serious security flaws.

Two other activists who broke into the facility with Megan Rice were sentenced to more than five years in prison, in part because they had much longer criminal histories.

Although officials claimed there was never any danger of the protesters reaching materials that could be detonated or made into a dirty bomb, the break-in raised questions about the safekeeping at the Y-12 National Security Complex. The facility holds the nation's primary supply of bomb-grade uranium.

After the protest, the complex had to be shut down, security forces were re-trained and contractors were replaced.

In her closing statement, Rice asked the judge to sentence her to life in prison, even though sentencing guidelines called for about six years.

"Please have no leniency with me," she said. "To remain in prison for the rest of my life would be the greatest gift you could give me."

Rice, Greg Boertje-Obed and Michael Walli all said God was using them to raise awareness about nuclear weapons and they viewed their break-in as a miracle.

They had been found guilty of sabotaging the plant and damaging federal property.

On July 28, 2012, the three activists cut through three fences before reaching a $548 million storage bunker. They hung banners, strung crime-scene tape and hammered off a small chunk of the fortress-like Highly Enriched Uranium Materials Facility inside the most secure part of complex.

They painted messages such as, "The fruit of justice is peace," and splashed baby bottles of human blood on the bunker wall.

"The reason for the baby bottles was to represent that the blood of children is spilled by these weapons," Boertje-Obed, 58, said at trial.

Although the protesters set off alarms, they were able to spend more than two hours inside the restricted area before they were caught.

When security finally arrived, guards found the three activists singing and offering to break bread with them. The protesters reportedly also offered to share a Bible, candles and white roses with the guards.

The Department of Energy's inspector general wrote a scathing report on the security failures that allowed the activists to reach the bunker, and the security contractor was later fired.

Some government officials praised the activists for exposing the facility's weaknesses. But prosecutors declined to show leniency, instead pursing serious felony charges.

Rice testified at trial that she was surprised the group made it all the way to the interior of the secured zone without being challenged and that plant operations were suspended.

"That stunned me," she said. "I can't believe they shut down the whole place."

The activists' attorneys asked the judge to sentence them to time they had already served, about nine months, because of their record of goodwill.

U.S. District Judge Amul Thapar said he was concerned they showed no remorse and he wanted the punishment to be a deterrent for other activists.