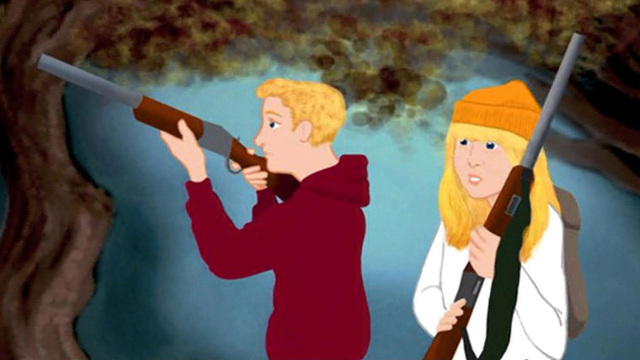 Some classic fairy tales now have a new twist, thanks to the National Rifle Association.

What if Hansel and Gretel were packing heat when they met the witch? Or if Little Red Riding Hood was accessorized with a rifle?

"He realized that Grandmother hadn't been backing away from him; she had been moving towards her shotgun to protect herself and her home," the new ending reads.

In the other story, Gretel is quite the hunter. In that new ending, "Gretel readied her rifle and fired. Her training paid off, for she was able to bring the buck down instantly with a single shot,"

These stories were written by conservative blogger and author Amelia Hamilton.

"The stories are really also for adults and it's all about safety and it's for parents to start those conversations," Hamilton said.

According to the gun control group Everytown USA, at least 278 children under the age of 18 picked up a firearm and unintentionally shot themselves or someone else last year. Critics say the NRA's firearm fairy tales are all about the NRA living "happily ever after."

"This to them, it is about selling guns ultimately and if they can reach out to young children and develop customers for the future, they're content to do that," said Ladd Everitt of The Coalition to Stop Gun Violence.

Responding to the fire of criticisms, Hamilton said she was "surprised by the fact that it seemed like a lot of people didn't read" her stories before criticizing them.

It's true that nobody actually gets shot in the stories. The villains are simply scared by the show of force. One can only assume Cinderella's wicked stepmom would have backed off, had that glass slipper been a Glock.