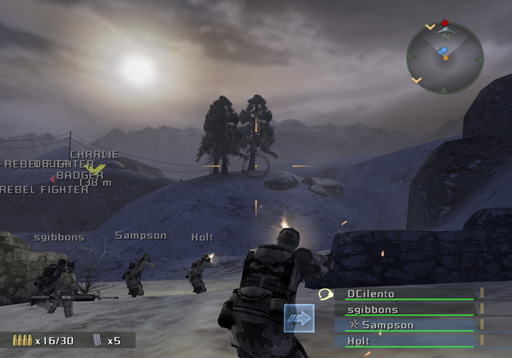 "Almost a century of research in scientific psychology and physiology provides little basis for the expectation that a polygraph test could have extremely high accuracy," the council said in a report.

"National security is too important to be left to such a blunt instrument," said Stephen E. Fienberg of Carnegie Mellon University, chairman of the committee that prepared the report.

"The belief in its accuracy goes beyond what the evidence suggests," Fienberg said at a news conference, warning that could create a false sense of security.

"Overconfidence may lead, in turn, to the neglect of other methods of ensuring safety, such as periodic security reviews," Feinberg said.

The research council, an arm of the National Academy of Sciences, prepared the study at the request of the Energy Department. Under the law, workers in sensitive positions in department labs are subject to polygraph screening.

However, the study, "The Polygraph and Lie Detection," concludes when it comes to screening large numbers of people for potential spies or security risks, "polygraph testing (is) intrinsically susceptible to producing erroneous results."

The Energy Department had no immediate response to the report.

The FBI increased the use of polygraphs on its agents as a result of the Robert Hanssen spy case. The agency also has been administering lie detection tests at Fort Detrick, Md., and Dugway Proving Ground in Utah, bases with stores of anthrax. Nuclear plant workers also are getting the tests in greater numbers since Sept. 11.

Frank Horvath, a professor of criminal justice at Michigan State University, said, "If what they're saying is that polygraph testing is not a useful tool in screening because it makes errors, I wouldn't necessarily agree with them.

"I would have to ask what tool they have in mind to replace polygraph screening," Horvath said. "If we wanted to catch a spy or an applicant bent on spying, what would we do, what technique would we use to do that. There is no alternative right now to polygraph testing and that's why it is used in spite of its shortcomings."

Lie detectors measure heartbeat, blood pressure and other factors that are known to change when people are under stress, such as when they lie.

People can learn to control those responses, allowing them to "beat" a lie detector, the report said.

Most uses of lie detectors involve examining individuals about a specific crime and in those cases the machines can tell the difference between lies and truth "at rates well above chance, though well below perfection," the panel concluded.

But those cases involve a specific crime or incident where questions can be focused and answers more easily evaluated.

Using lie detectors to screen workers forces examiners to ask more generic questions or propose hypothetical situations. They do not know what plans a spy may be harboring, nor do they know what minor infraction a good worker may have done in the past that causes stress during the test.

Thus, screening is likely to produce large numbers of false positives without catching all potential security risks, the report said.

In screening a population of 10,000 workers that included 10 potential spies, if the exam is set at a level designed to catch 80 percent of the spies, an estimated 1,606 non-spies would also fail the test while eight of 10 spies would be caught, the report said.

On the other hand, if the test was set to reduce false positives, only two spies would be detected and there still would be 39 honest workers who failed.

The committee noted that there is a widespread belief among the public that lie detectors are accurate and that may discourage some potential security risks from applying for jobs where they know they will have to pass such a test.

The committee also expressed concern that while polygraphs are widely used there has been little research on them.

The committee called for a research program to look into not only lie detectors but other methods for detecting and preventing security violations.