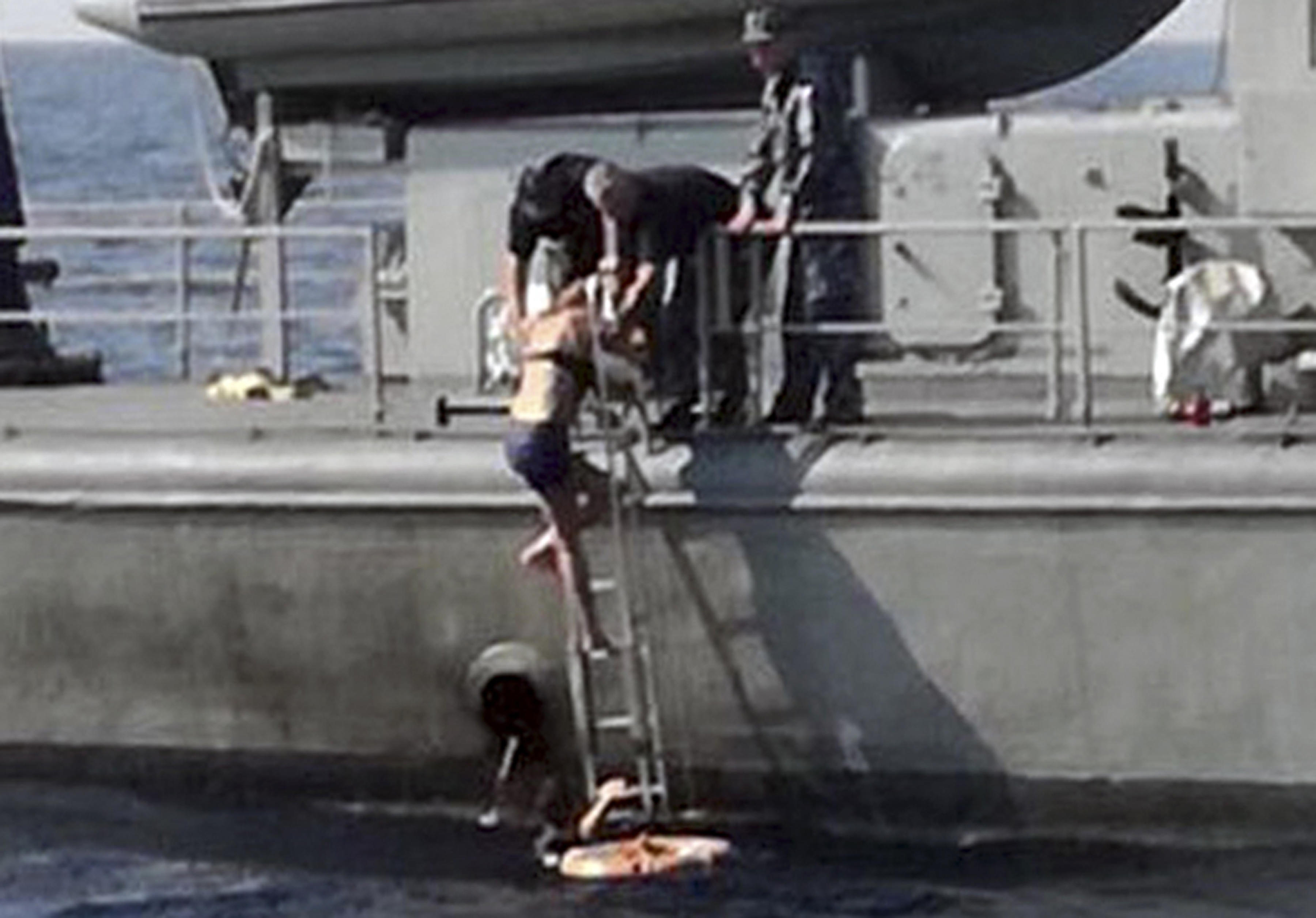 PULA, Croatia -- A British woman was rescued Sunday after falling from a cruise ship and spending 10 hours in the Adriatic Sea at night, Croatia's coast guard said. The unidentified woman was taken to a hospital in the town of Pula and is out of danger.

She fell from the Norwegian Star cruise ship, about 95 kilometers off Croatia's coast shortly before midnight Saturday.

A Croatian rescue ship was scrambled and found her swimming Sunday morning not far from where she was believed to have fallen.

"I fell off the back of the Norwegian Star and I was in the water for 10 hours, so these wonderful guys rescued me," she told Croatia's state HRT television as the rescue ship arrived at a dock, without explaining how she fell overboard.

She told reporters she was "very lucky to be alive," BBC News reports.

She identified herself as Kay from England, age 46.

The ship's captain, Lovro Oreskovic, said that she was exhausted.

"We were extremely happy for saving a human life," he said.

The circumstances of the incident were being investigated and the British Embassy in Croatia was informed.

A statement from the Norwegian Cruise Line said a guest fell overboard while the ship was on its way to Venice, Italy.

"We are pleased to advise that the guest was found alive and is currently in stable condition," the statement said.

Last month, a cruise ship worker was rescued off the coast of Cuba after going overboard and apparently treading water for some 22 hours.