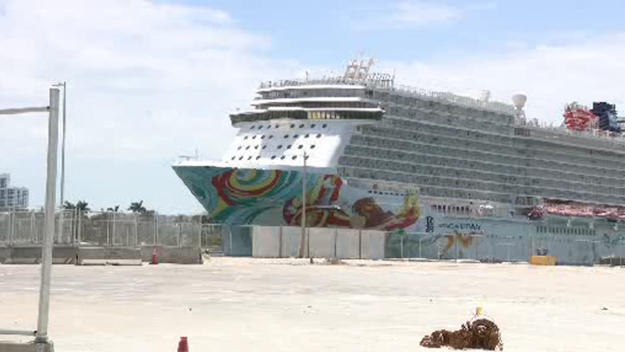 MIAMI -- A cruise ship worker who went overboard and apparently treaded water for some 22 hours was in stable condition Monday, a day after being rescued by a crew from another passing cruise ship. "It was nothing short of miraculous," Christine Duffy, president of Carnival Cruise Line, said in a statement.

According to the U.S. Coast Guard the 33-year-old crewmember went overboard around 3:20 p.m. Saturday from the Norwegian Getaway, some 28 miles northwest of Pinar del Rio, Cuba. The agency suspended the search Saturday evening after hours of searching.

But a cabin steward from the Carnival Glory spotted the crewmember in the water around 1:20 p.m. Sunday.

Carnival spokeswoman AnnMarie Matthews told The Associated Press the man did not have any safety device on when he was picked up by the Carnival Glory and they "can only surmise that he was likely treading water the entire time."

"Kudos to the Carnival Glory team for this amazing effort to rescue a fellow seafarer," Duffy said.

"The Carnival Glory had found someone in the water waving their arms and they rescued him and he was the missing Norwegian Getaway crewmember and that was roughly about 21 miles north of Cuba," said U.S. Coast Guard spokesman Jonathan Lally, according to CBS Miami.

Norwegian said in a statement that the Miami-based cruise line is "extremely thankful" to Carnival Cruise Line, also based in Miami.

"We are so happy to know that the individual is safe and will soon be reunited with friends and family," the Norwegian statement said.

Passengers aboard the Norwegian Getaway say they watched the search efforts.

"We saw the cruise ship made a U-turn and started heading back we noticed that the crewmembers were using binoculars trying to find the crewmember in the ocean," said passenger Eddy Lowinger.

The Getaway returned to Miami from an eight-day cruise on Sunday. The Glory continued on to Cozumel in the midst of a seven-day cruise.