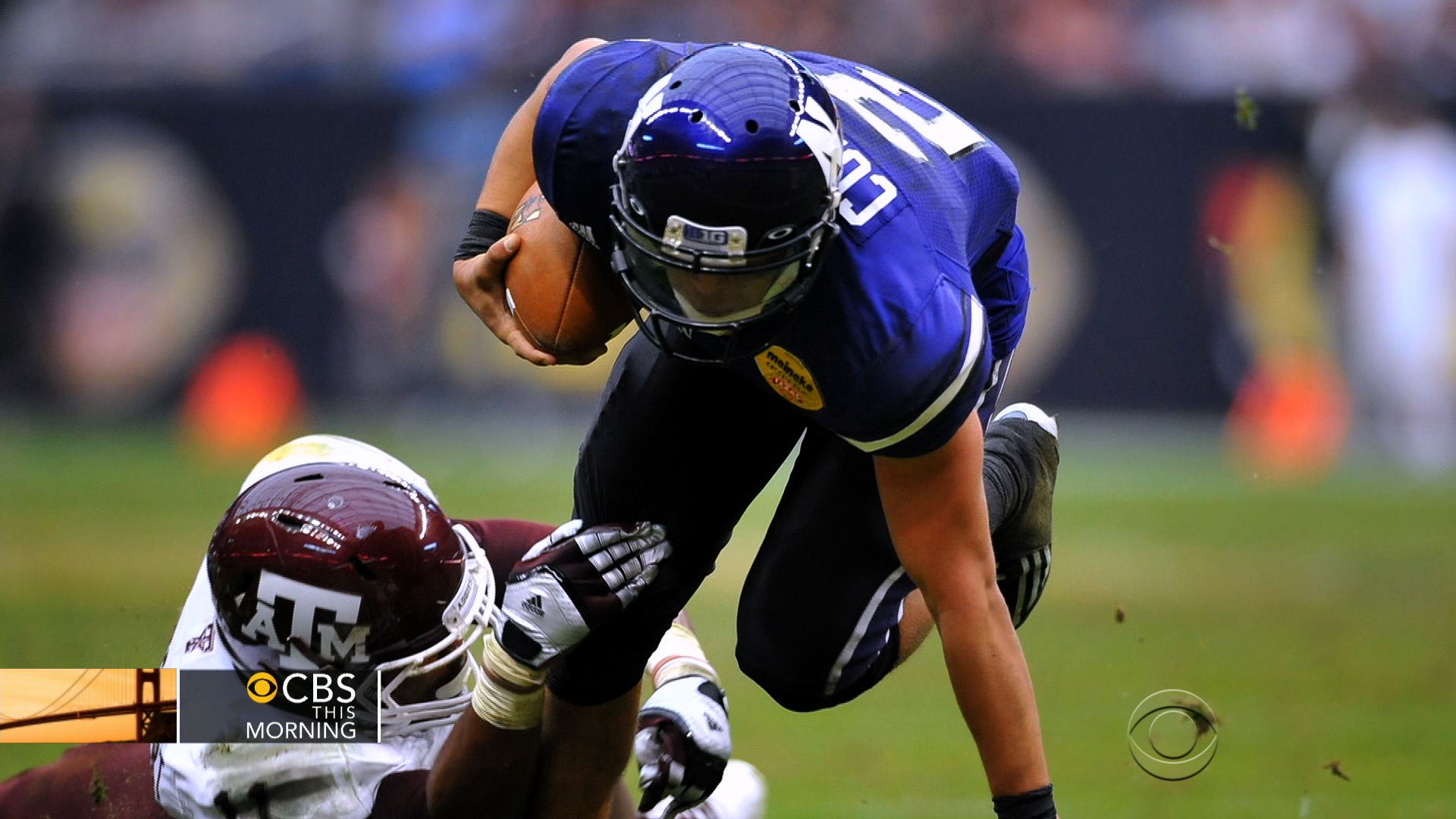 The football team at Northwestern University is leading a fight off the field. Players are filing papers to create the first labor union for college athletes. They want to ensure safety, and they want to be paid.

For the last three years, quarterback Kain Colter was a leader on the field at Northwestern University, and on Tuesday he led something very different - the charge to unionize college sports.

The NCAA is a multi-billion-dollar-a-year enterprise. Top-tier football teams like the University of Texas and Notre Dame are worth hundreds of millions in revenue for their programs.

NCAA rules prohibit athletes from being paid to play, but they can receive compensation in the form of scholarships and living expenses.

CBS News’ Michelle Miller asked Colter whether that was enough.

“We're very grateful for the education that we get, and we put in hard work to obtain the degree at the end of the day,” he said. “There are essential rights and benefits that we're missing out on.”

Colter says athletes are missing out on fully funded athletic scholarships, due process for alleged NCAA violations and guaranteed coverage for medical expenses for current and former players.

“You have to think down the line. These are our lives, and we want to make sure that we're protected,” he said.

In order to be recognized as a union, the players have to prove they're employees of the university, a claim the NCAA flatly rejects, saying in a statement, “This ... attempt to turn student-athletes into employees undermines the purpose of college: an education. Student-athletes are not employees, and their participation in college sports is voluntary."

Ramogi Huma played football at UCLA and has fought for college athletes' rights for more than 15 years.

“We're not advocating for professional-type salaries. You're admitted to the school because you can play ball,” said Huma. “So these schools explicitly bring them in to provide a service athletically.”

DeMaurice Smith, head of the NFL Players Association, told the “CBS This Morning” co-hosts that his “hat's off to the players at Northwestern and indeed their quarterback, Kain Coulter,” and said the real question is not whether the players will be paid but “what’s the best way for college athletes to protect their rights."

“That’s always going to be through collective action,” he said. “So whether it’s the sleeping car porters from years ago, whether it’s the women’s movement in order to attain the right to vote, you can only do that if you can collectively come together to protect your rights.”

He said that he thinks the Northwestern students make a “great case” for a union.

“You can play a college sport and leave with injuries that aren’t covered by any sort of insurance,” he said.

The National Labor Relations Board will hold a hearing Feb. 7 to determine the fate of the union.