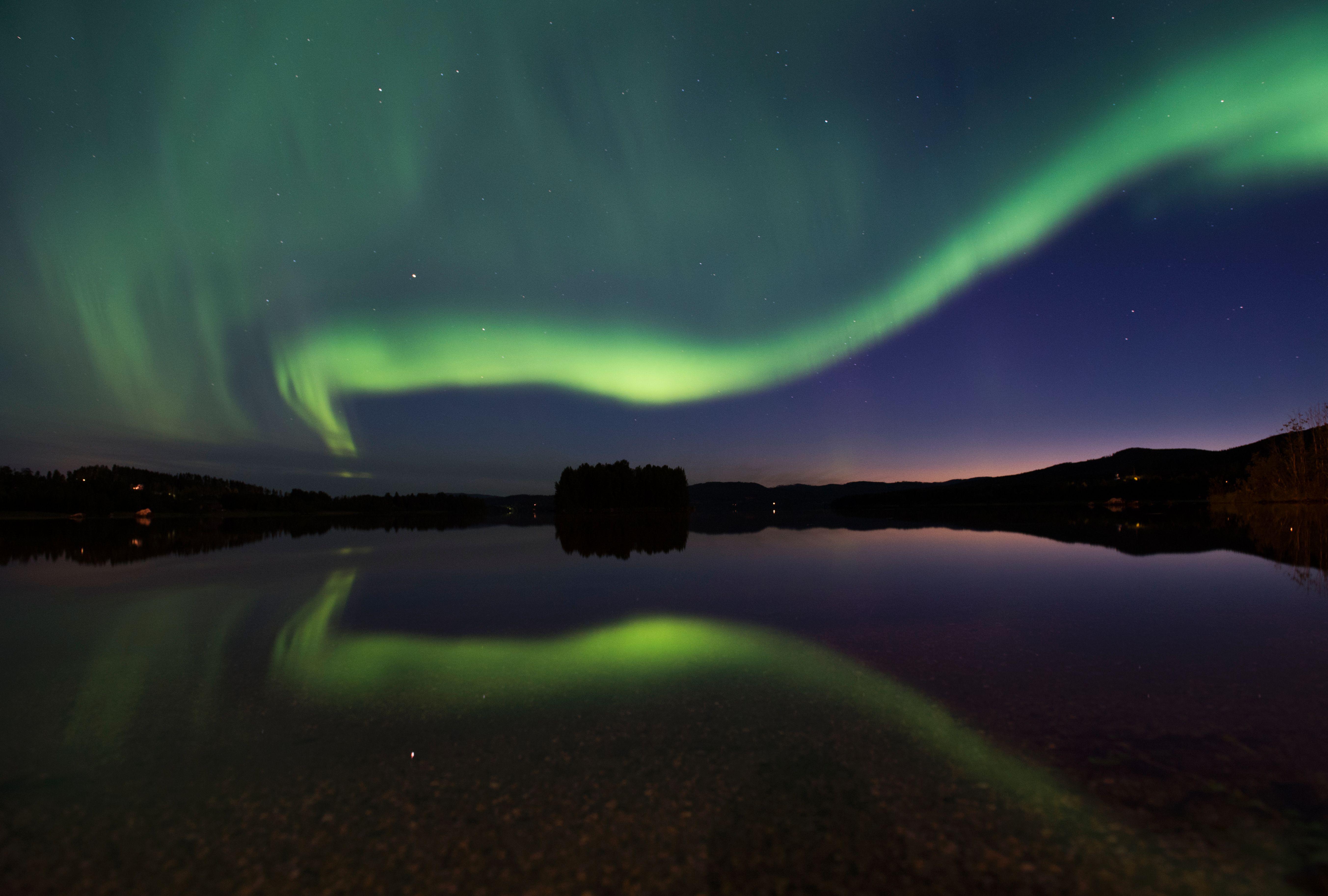 Travelers will go to great lengths to catch a glimpse of the stunning aerial phenomenon, known as aurora borealis. They'll fly to Iceland, Sweden, Greenland, Iceland, northern Norway -- even check into a glass-topped igloo in Finland so they can spend the entire night gazing upward. Americans book these costly vacations because the northern lights are not usually visible closer to home.

On Tuesday night, however, a geomagnetic storm may make them visible over parts of the Pacific Northwest, according to the National Oceanic and Atmospheric Administration (NOAA).

NOAA says "a G1 (Minor) geomagnetic storm watch has been issued for 24 July due to the anticipated arrival of a recurrent coronal hole high speed stream." That means that residents near the green line in the map above could very well score an elusive -- and bucket-list-worthy -- sighting of the northern lights in their hometowns.

In Seattle, which is one of the lucky cities positioned to catch a glimpse, the local branch of the National Weather Service said "solar wind speeds have picked up a little over the last few hours & the Interplanetary Magnetic Field has tilted south."

The northern lights will have to contend with city pollution and moonlight to be visible in Washington state, but it's still worth looking toward the north as the day turns to night. You just might see ribbons of colors dancing in American sky.