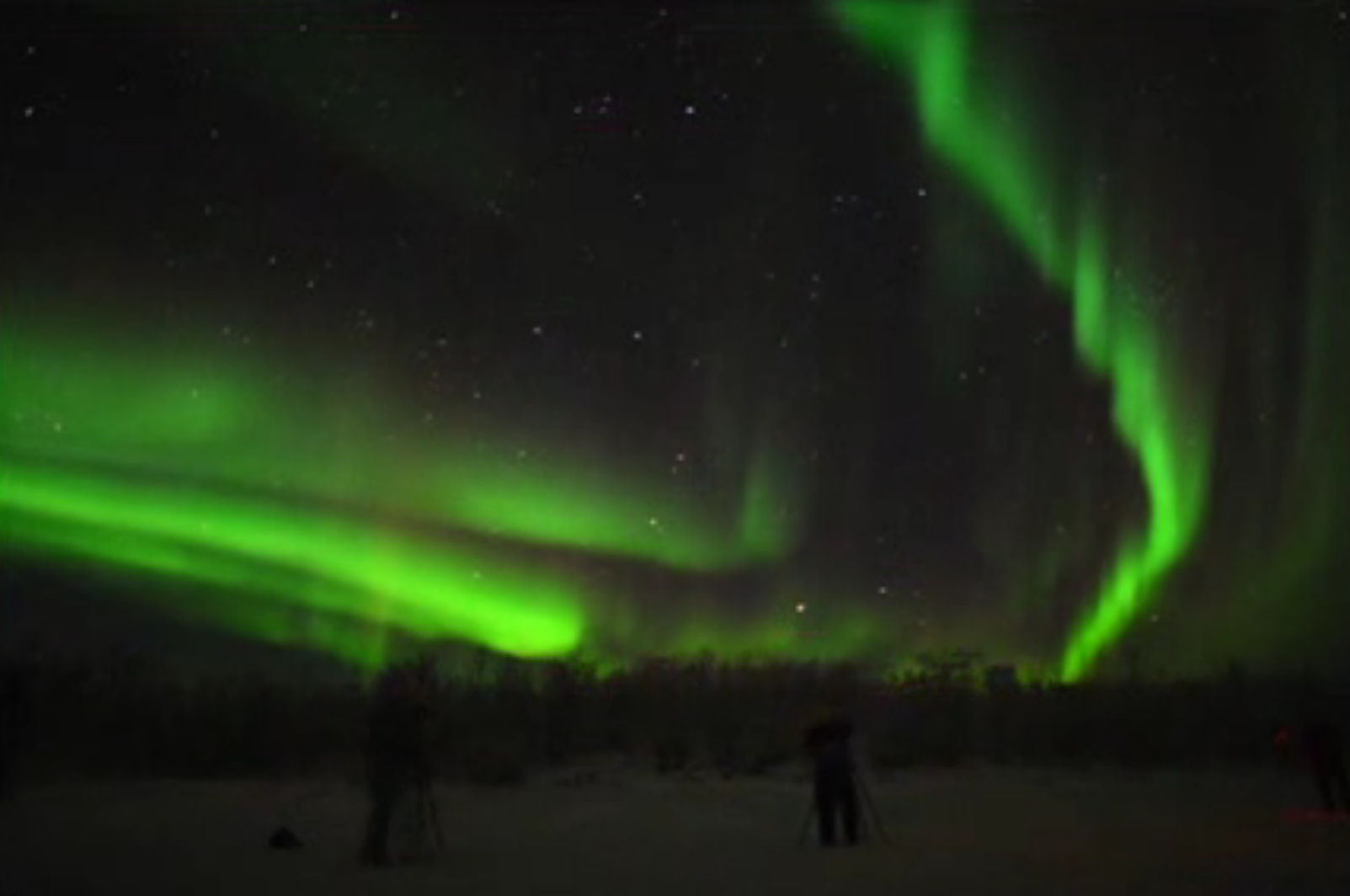 The skies over northern Sweden lit up over the weekend with what witnesses said was one of the most spectacular northern light shows seen this year.

Blakley, whose company Lights Over Lapland offers aurora borealis photo expeditions to the park, says he hopes his footage will inspire interest from amateur photographers. He says recent solar flare activity has produced stunning light shows on an almost nightly basis this year.

"So far this year we have seen auroras 29 out of 31 nights in Abisko National Park. While we have had several large displays this year, last night was something incredibly special," he said.
Auroras occur when charged particles emitted by the sun during flare activity, reach Earth's atmosphere and collide with its gases. The most common color, green, is produced by a collision of particles with oxygen molecules at an altitude of about 60 miles above Earth. At a distance of 200 miles, those molecules produce a rare, red aurora, while nitrogen produces blue lights.

The increased activity in recent months is the result of a particularly active solar period. The sun is approaching the midpoint of its solar cycle, which occurs every ten to 13 years and concludes with the reversal of its magnetic field from north to south and vice versa.

Vibrant displays of the northern lights have also been seen this season in Alaska and even some of the lower 48 states like Minnesota and Michigan.

The new theory on what killed human ancestor Lucy
Thanks for reading CBS NEWS.
Create your free account or log in
for more features.
View CBS News In
CBS News App Open
Chrome Safari Continue
Be the first to know
Get browser notifications for breaking news, live events, and exclusive reporting.