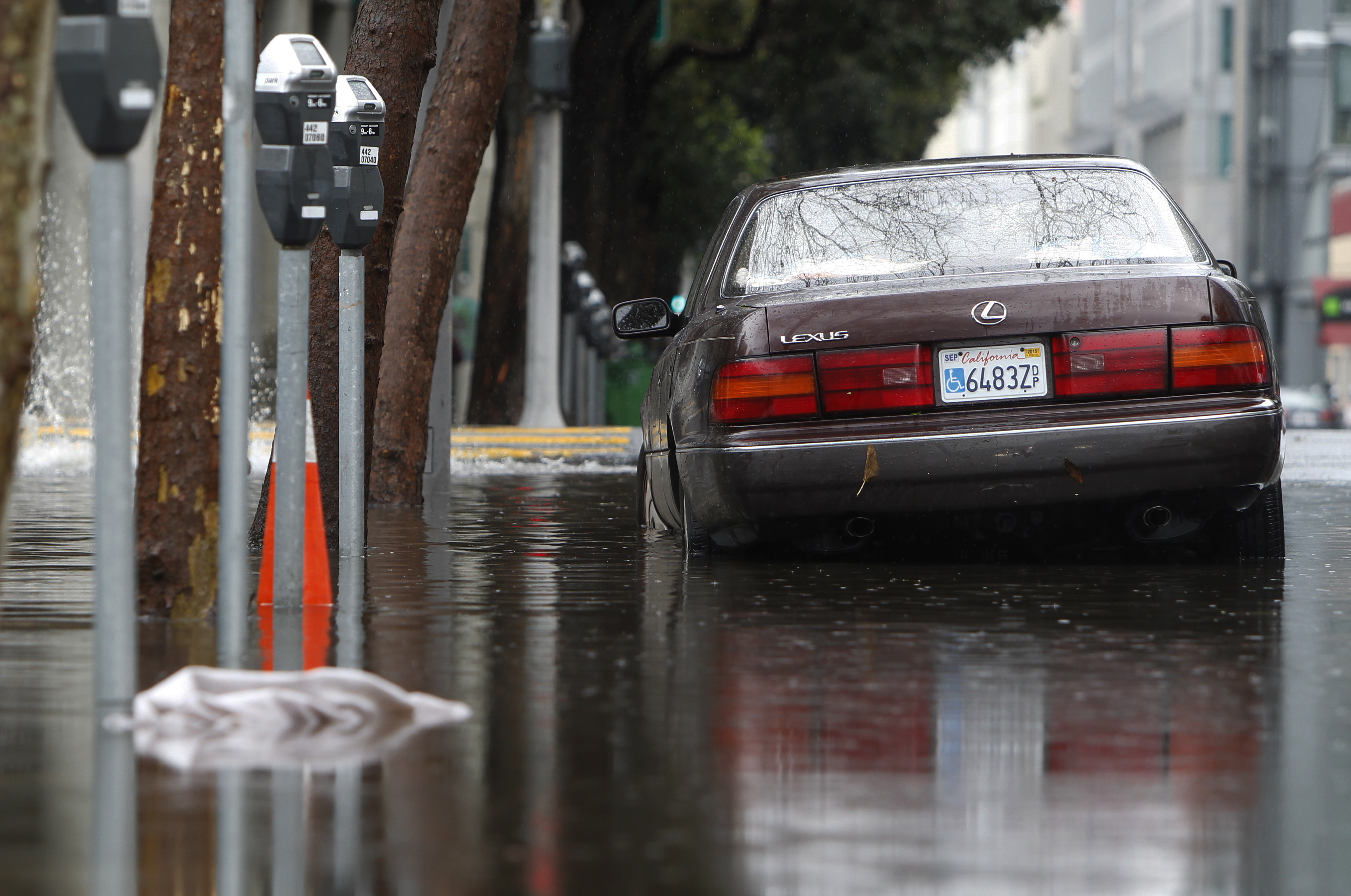 The powerful Pacific storm that barreled its way through the region is packing 50 mph winds that were strong enough to bring down trees.

"It's pretty scary. The fence is down. We don't have the yard anymore, but you know, we'll deal with it," one resident said.

In Sacramento, flood warnings were issued and the slick roads were blamed for several violent car wrecks.

Now meteorologists are getting a chance to study the phenomenon up close, taking to the skies into the thick of Sunday's storm.

The plane acts as a flying weather lab for scientists wanting to learn more about how these storms form so that forecast predictions can be more accurate. They're hoping the information they gather will help them understand California's drought patterns and better anticipate severe flooding.

"We need actual observations," San Francisco State University professor and meteorologist John Monteverdi said. "The more we know about the structure of the rivers, the more we will be able to make accurate forecasts."

While any amount of rainfall is helpful, it's only making a dent in the drought. The real hope is that these storms will bring snowfall to higher elevations; snowfall that will melt into California's rivers in the summer.

Why Michael K. Williams says Obama helped him "grow up"