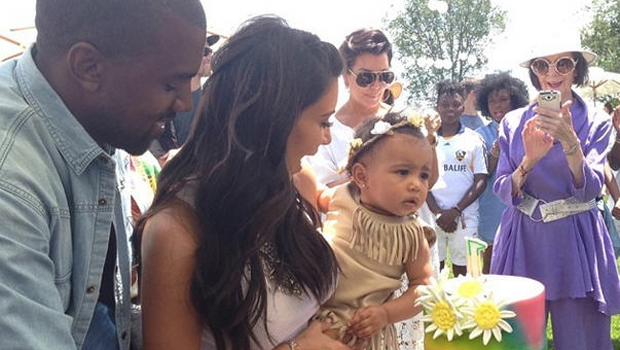 Say what you want about Kim Kardashian and Kanye West, but at least they're consistent -- after celebrating their wedding with a lavish fete in Florence last month, they went over the top once again for their daughter North's first birthday party.

The couple threw their little girl a "Kidchella"-themed bash (a play on the annual Coachella music festival) over the weekend in celebration of her turning 1 on June 15.

The festivities, held at Kourtney Kardashian's new home, featured a ferris wheel, teepees, face painting, a stage for singing and carts offering churros and lemonade, according to People.

"Kim and Kanye made sure it was very special," a source told the magazine.

Kardashian and other members of her family shared numerous photos from the event on social media, including one of the birthday girl herself. "Our baby girl's 1st birthday party! #kidchella" the reality star wrote.

See some of the other "Kidchella" photos below: