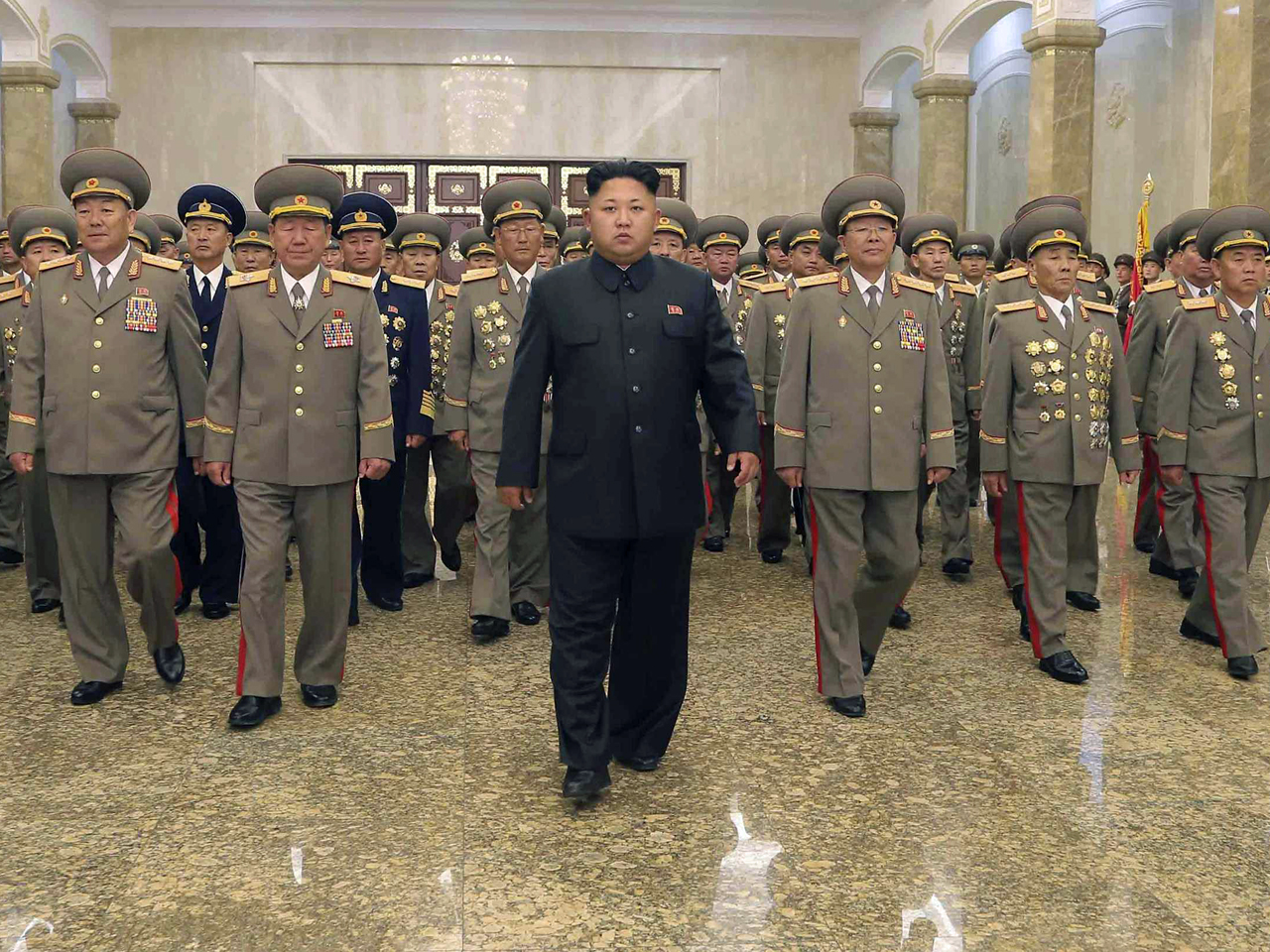 SEOUL -- The health of supreme leader Kim Jong Un is one of the most closely guarded secrets in in North Korea. When his father Kim Jong Il fell into a coma after suffering a stroke in August 2008, North Korea's state-controlled media went all but silent, playing old pictures of Kim at public events without any mention of his condition.

"In a country like North Korea, where its leaders are deified and enjoy absolute rule, talking about their health is unthinkable," Ko Yoo-hwan, a professor of North Korean studies at Dongguk University in Seoul, told CBS News.

But all that changed last week when North Korea broadcast video of Kim Jong Un, the Swiss-educated, NBA-loving 30-something supreme leader, walking with a limp while touring a factory in September.

"Our leader walks the path of leadership like fire for the people, despite his inconvenient body," declared the accompanying narration.

The phrasing conveyed no sense of urgency or gravity but in the local parlance, it's the kind of description used to politely refer to physical disabilities. The mere hint of a physically afflicted North Korean leader sparked frenzied speculation in the South Korean media.

British tabloid The Daily Mail reported that Kim's passion for Swiss cheese, acquired during his school days, contributed to his weight gain and health problems. The story went viral in South Korea. A serious-looking anchorman on Channel A, a local cable news network, reported the rumor using a piece of Swiss emmental cheese as a prop during a live broadcast.

Chosun Ilbo, South Korea's largest newspaper by circulation, reported that Kim had surgery on his ankles sometime in mid-September and was currently recovering at a hospital in Pyongyang, the North Korean capital. An unnamed high-level South Korean government official quoted by the paper said a team of European doctors appeared to have entered North Korea last month to perform medical procedures on Kim.

And Kim himself has done little to stem the rumors, if that's all they are. He has been conspicuously absent from the public eye for a month. His last public appearance -- all of which are covered amply by the North Korean state media -- was on since Sept. 3. He was absent for the first time since taking power in 2011 at the Supreme People's Assembly held on Sept. 25., where key appointments were made to the powerful National Defense Commission.

A spokesperson for South Korea's Ministry of Unification said last Friday that the government in Seoul could not confirm the reports about Kim's health, but that it was closely following them.

Some long-time North Korea watchers have taken an alternative view of the North's intentions in revealing its leader's health woes, whatever they actually are.

"Showing how Kim is working tirelessly for the people despite his poor health may be seen as a propaganda tool to emphasize Kim's dedication to the people," said Ko, the North Korea expert in Seoul. "It could also be a way of showing off Kim's firm grip on power."

Ahn Chan-il, a North Korean defector and head of the World Institute for North Korean Studies, also speculated that the revelation was likely a propaganda tool, aimed at emphasizing Kim's devotion and bolstering loyalty to him.

In an interview with Reuters on Thursday, North Korea's ambassador to the United Nations, So Se-pyeong, dismissed the reports about Kim's specific illness as "fabricated rumors," and said the North was "ready" to resume the six-party talks over its nuclear program.