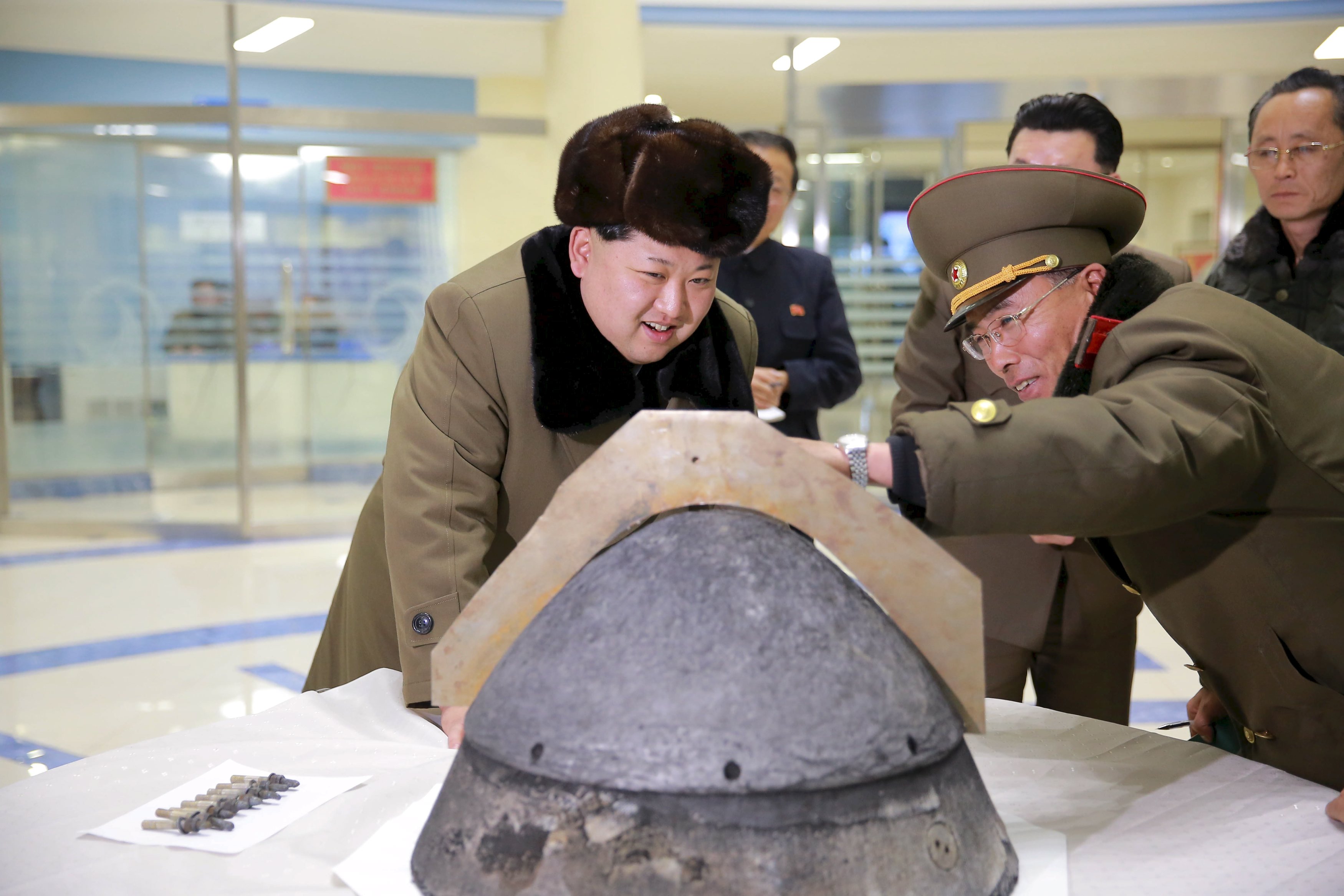 NEW YORK --The foreign minister ofNorth Korea says in an interview with The Associated Press that his country is ready to halt its nuclear tests if the United States suspends its annual military exercises with South Korea.

He also defended the country's right to maintain a nuclear deterrent and warned that North Korea won't be cowed by international sanctions.

Foreign Minister Ri Su Yong, in his first interview with a Western news organization, held firm Saturday to Pyongyang's longstanding position that the U.S. drove his country to develop nuclear weapons as a deterrent. At the same time, he suggested that suspending the military exercises could open the door to reduced tensions.

"If we continue on this path of confrontation, this will lead to very catastrophic results, not only for the two countries but for the whole entire world as well," he said. "It is really crucial for the United States government to withdraw its hostile policy against the DPRK and as an expression of this stop the military exercises, war exercises, in the Korean Peninsula. Then we will respond likewise."

Ri, who spoke calmly and in measured words, a contrast to the often bombastic verbiage used by the North's media, claimed the North's proposal was "very logical."

"Stop the nuclear war exercises in the Korean Peninsula, then we should also cease our nuclear tests," he said, during the interview, conducted in the country's diplomatic mission to the United Nations. He spoke beneath portraits of Kim Il Sung and Kim Jung Il, North Korea's two previous leaders.

If the exercises are halted "for some period, for some years," he added, "new opportunities may arise for the two countries and for the whole entire world as well."

DPRK is the acronym for North Korea's official name, the Democratic People's Republic of Korea.

Ri's proposal, which he said he hoped U.S. policymakers would heed, may well fall on deaf ears. North Korea, which sees the U.S.-South Korean exercises as a rehearsal for invasion, has floated similar proposals to Washington in the past but the U.S. has insisted the North give up its nuclear weapons program first before any negotiations. The result has been a stalemate between the two countries that Ri said has put the peninsula at the crossroads of a thermonuclear war.

"If they believe they can actually frustrate us with sanctions, they are totally mistaken."

Ri, in New York to attend a United Nations' meeting on sustainable development, said the possibility of conflict has increased significantly this year because the exercises have taken on what Pyongyang sees as a more aggressive and threatening tone -- including training to conduct precision "decapitation" strikes on North Korea's leadership.

This year's exercises are the biggest ever, involving about 300,000 troops. Washington and Seoul say they beefed up the maneuvers after North Korea conducted its fifth nuclear test, in January, which also brought a new round of tough sanctions by the U.N. down on Pyongyang's head. The exercises are set to continue through the end of the month.

Pyongyang, meanwhile, has responded with a series of missile launches and statements in its media that the country has developed its long-range ballistic missile and nuclear warhead technologies to the point that they now present a credible deterrent and could even be used against targets on the U.S. mainland, though not all foreign analysts accept that claim.

Ri's comments to The AP came just hours after North Korea launched what was believed to be a submarine-launched ballistic missile in its latest show of defiance as the U.S.-South Korea exercises wind down.

Ri also used his presence at the U.N. conference as a forum to denounce Washington, saying in a brief statement that while North Korea is contributing to the objectives of global sustainable development by taking measures to double its production of grains to solve its food problem by 2030 and by reforesting 1.67 million hectares (4.13 million acres) of mountainous areas, it is doing so under "the most adverse conditions due to outside forces."

In the interview, he stated that the United States has used its power to get other countries to join in pressure on North Korea.

"A country as small as the DPRK cannot actually be a threat to the U.S. or to the world," he told the AP. "How great would it be if the world were to say to the United States and the American government not to conduct any more military exercises in the Korean Peninsula ... But there is not a single country that says this to the U.S."

"These big countries alone or together are telling us that we should calm down," he said. "For us this is like a sentence, that we should accept our death and refuse our right to sovereignty."

Ri said North Korea is not encouraged by the thawing of relations between Washington and Cuba or Iran.

"We're happy for the Cuban people and the Iranian people that they have reached successes on their path to pursuing their own goals and interests," he said. But he added that those cases "differ totally" from the U.S.-North Korea relationship.