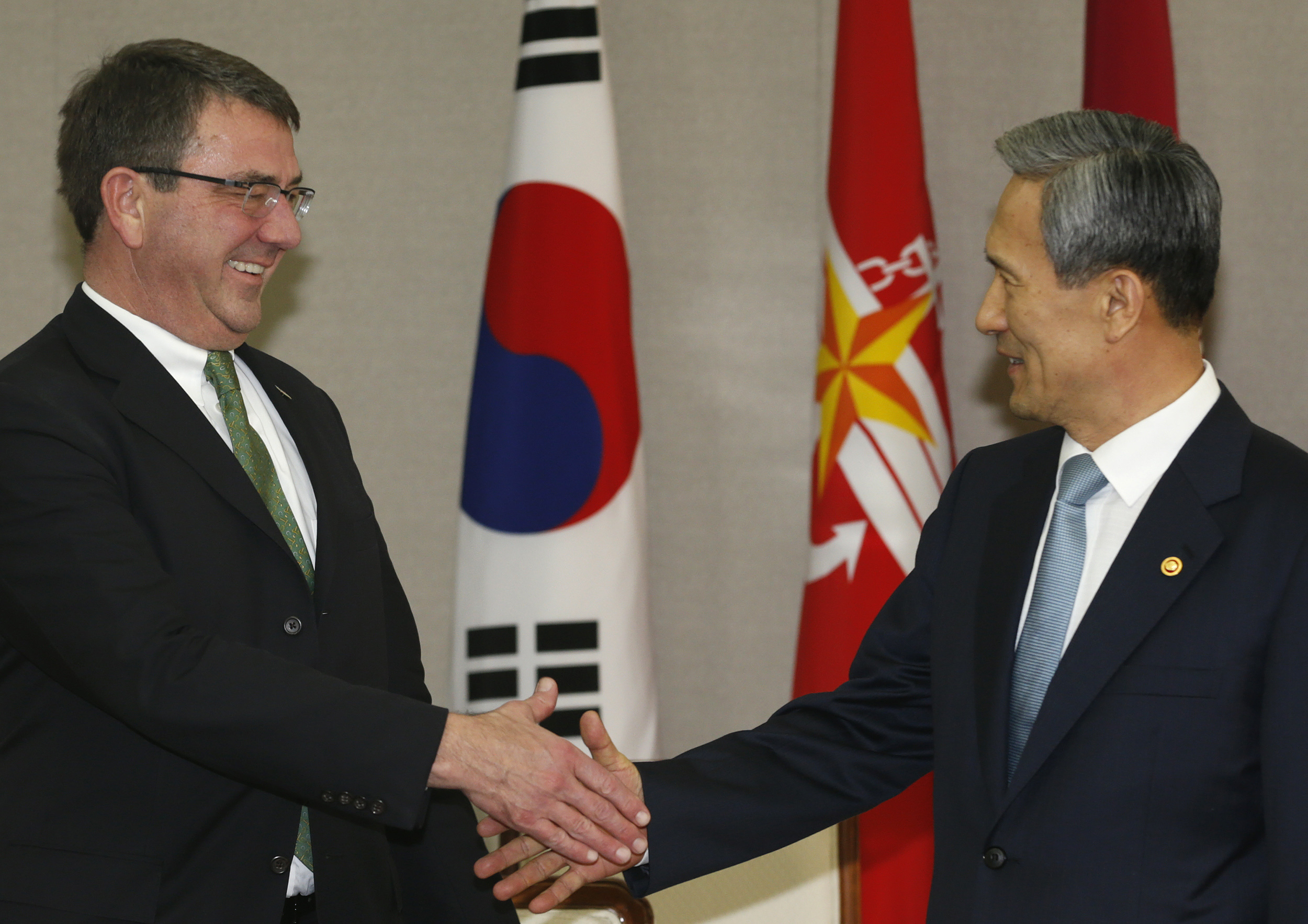 Seoul A senior U.S. military official visiting Seoul is sending a message to both Koreas: warning Pyongyang over recent threats and reassuring South Korea that military backing won't be hurt by a U.S. budget debate.

Deputy Secretary of Defense Ashton Carter told reporters Monday that Pyongyang's threats would only deepen Washington's defense commitment to Seoul. He said that includes a "nuclear umbrella" security guarantee for Seoul, which doesn't have atomic weapons.

Pyongyang is angry over U.S.-South Korean war games and U.N. sanctions meant to punish it for its third nuclear test. It has threatened nuclear attacks on Washington, though it isn't believed to have the weapons needed to do so.