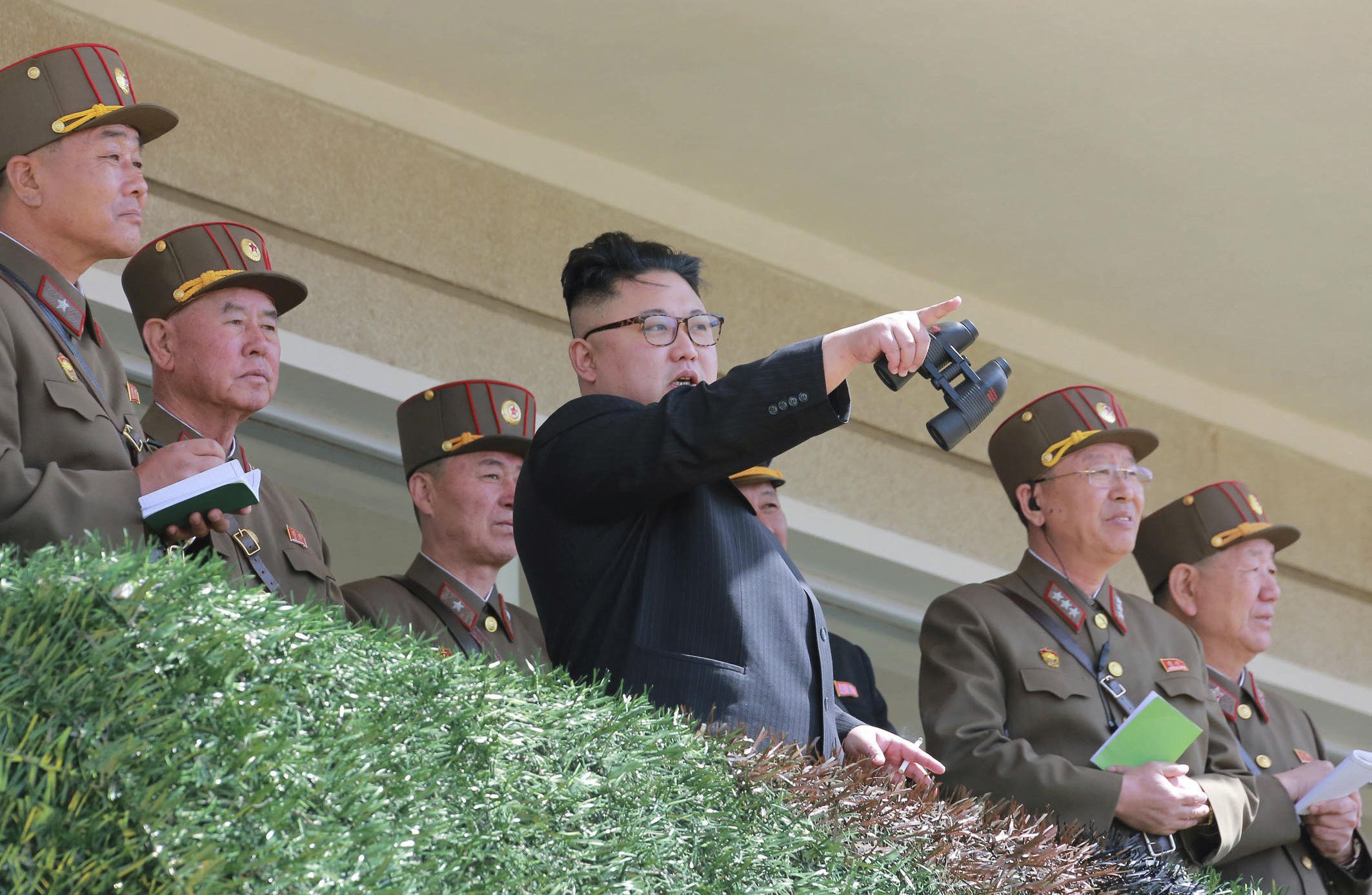 The launch came just days after South Koreans went to the polls to elect a new president.

The South Korean military says the missile flew about 435 miles, or 700 kilometers, according to Reuters. The missile flew for 30 minutes before landing the Sea of Japan, Reuters said, citing a Japanese official.

U.S. officials said they were still assessing whether the launch was successful and trying to determine what kind of missile was tested. The last North Korean missile test on April 28 failed minutes after launch.

The flight was not consistent with an intercontinental ballistic missile, said Maj. Rob Shuford, a spokesman for the U.S. Pacific Command.

Although the type of missile is not known, the U.S. had been expecting the North to fire a KN-17 medium-range ballistic missile, Martin reports.

The White House issued a statement Saturday night saying President Trump had been briefed about the launch and called North Korea a "flagrant menace."

"With the missile impacting so close to Russian soil - in fact, closer to Russia than to Japan - the President cannot imagine that Russia is pleased," the statement read.

Moon has taken a much more conciliatory position towards the North compared to his predecessor Park Geun-hye, who was removed from office in a corruption scandal.

"I will quickly move to solve the crisis in national security. I am willing to go anywhere for the peace of the Korean Peninsula -- if needed, I will fly immediately to Washington. I will go to Beijing and I will go to Tokyo. If the conditions shape up, I will go to Pyongyang," Moon said in his first address to the country's National Assembly.

In an interview with CBS News' "Face the Nation" in April, President Trump said that pursuing China's help with North Korea is more important than securing better trade agreements.

"I think that, frankly, North Korea is maybe more important than trade," he said. "Trade is very important. But massive warfare with millions, potentially millions of people being killed? That, as we would say, trumps trade."