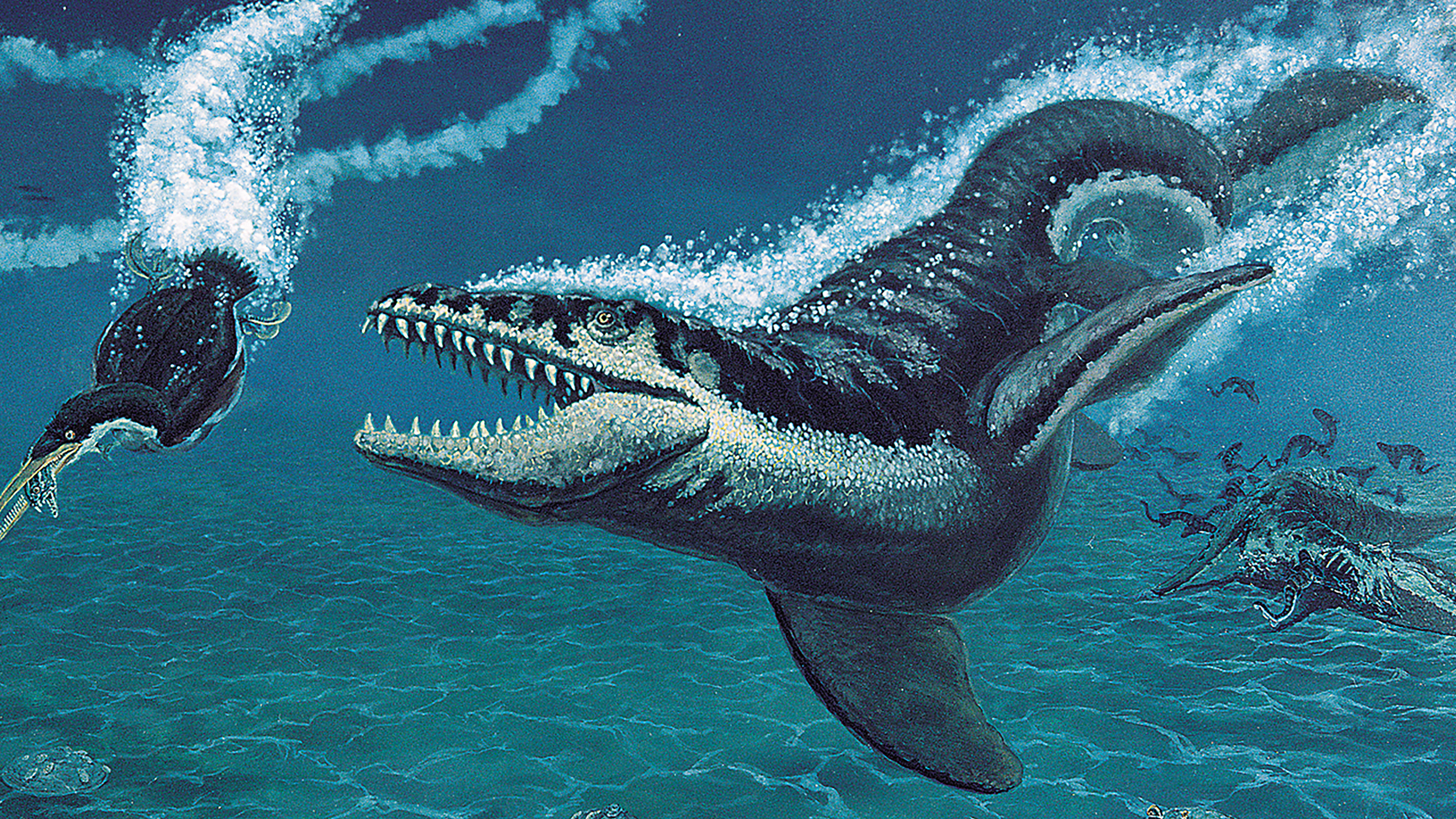 A routine dig in northeastern North Dakota may have unearthed an entirely new species of ancient marine reptile that roamed underwater while dinosaurs walked the earth.

Paleontologists with the North Dakota Geological Survey are inching closer to classifying rare skull bones discovered last month during a public dig in the the Pembina Gorge, about 100 miles northwest of Grand Forks. The bones were found in rock formed about 80 million years ago—back when this part of North Dakota was covered in shallow ocean.

Paleontologist Clint Boyd found the bones while digging into rock his team had already fully excavated, or so they thought, the previous summer.

“As I was brushing the back wall of the quarry where the other bones had come from, a little bit of that back wall caved and this bone fell right into my lap,” Boyd said. “We could tell right away as soon as we pulled it out that it was not the same animal we’ve seen elsewhere in the state. The question became what type it could be.”

Boyd’s team is confident the bones belong to a mosasaur, a giant marine reptile known to exist in North Dakota during the dinosaur age. But they do not resemble the bones of the one species of mosasaur previously identified in the state, he said.

The difference was obvious after comparing the animal’s quadrate, an important jaw bone that varies from species to species, with that of the state’s previously known mosasaur, Boyd said.

“We were able to put these side by side and they’re drastically different. It’s not even close,” he said.

Now, the team is working to figure out whether the bones match a mosasaur species native to another region or whether they’ve found an entirely new creature.

The mosasaur was an ancient underwater reptile that, at its longest, could span 50 feet, the length of a school bus. Its closest living relative is the Komodo dragon, a large lizard found in Indonesia, Boyd said.

“Think about a Komodo dragon, but [imagine] it’s gone back into the water and become aquatic again. Instead of having feet, it has flippers and a big long tail to swim with. Like whales, it has to go up to the water’s surface to breathe,” he described.

Paleontologists at the North Dakota Geological Survey now have a major task: meticulously cleaning the skull bones and comparing them with published descriptions of all known mosasaur species that could be possible matches.

At the moment, the team has narrowed its list of potential matches to five after starting with 30. They’ve had help from experts who specialize in giant prehistoric reptiles who swam the seas. The team expects to classify the bones definitively by the spring of 2017, Boyd said.

As a state paleontologist, he is excited for that day.

“The most exciting thing is to add another piece to the puzzle of what prehistoric North Dakota was like,” he said.