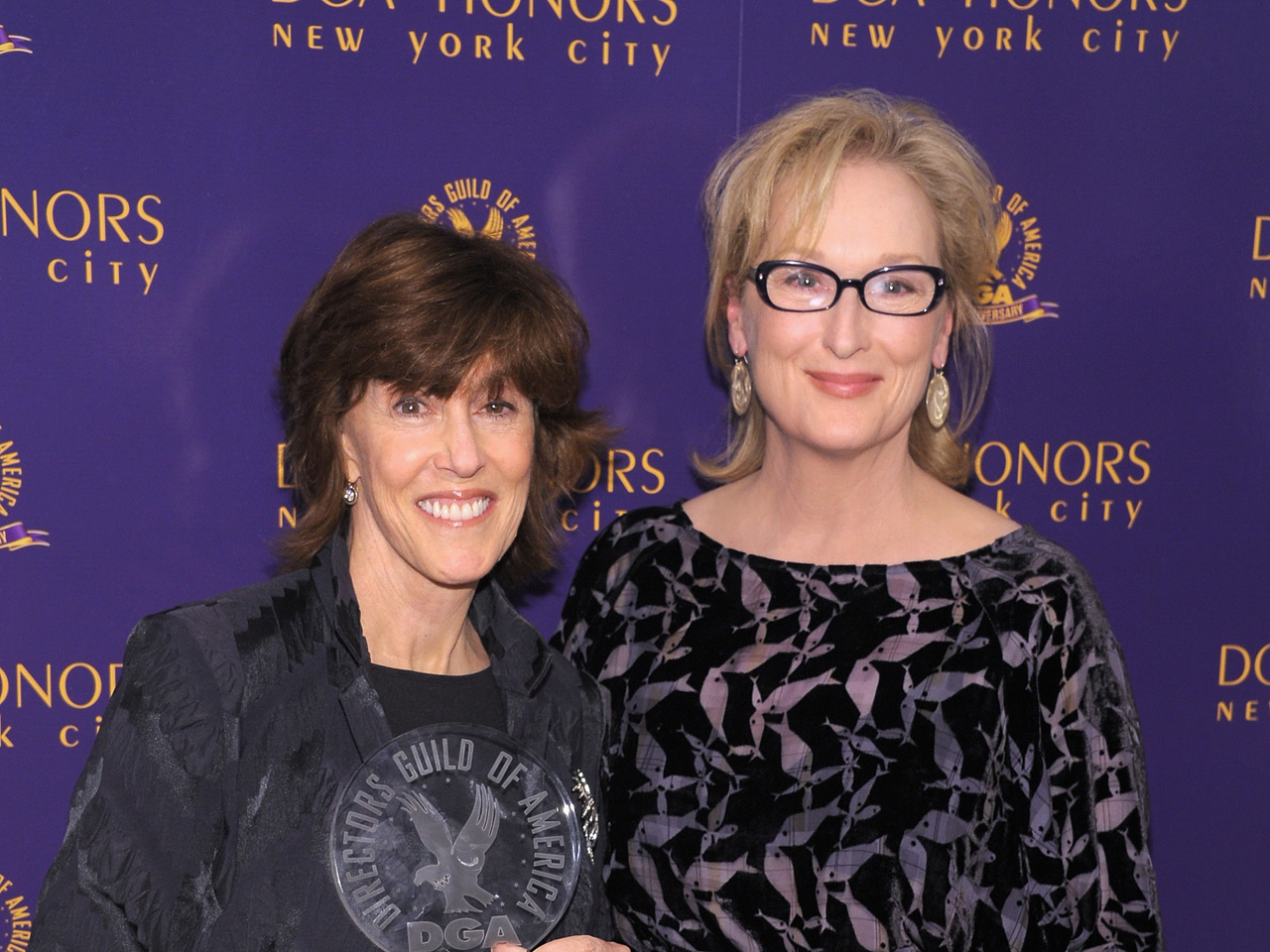 (CBS/AP) Hollywood is mourning the loss of Nora Ephron, the essayist, author and filmmaker who challenged and thrived in the male-dominated worlds of movies and journalism.

She died on Tuesday of leukemia at the age of 71.

Celebrities, including Tom Hanks and Meryl Streep, shared their reaction to her death, remembering some of Ephron's most famous films "When Harry Met Sally" and "Sleepless in Seattle." Here's just a sampling:

"I am very sad to learn of Nora's passing. She was a brilliant writer and humorist. Being her Harry to Meg's Sally will always have a special place in my heart. I was very lucky to get to say her words." - Billy Crystal.

"Nora was an era. We pictured ourselves inside her dreams and they became ours. All wisdom, wit and sparkle lights, what a treat she was, what a blessing. I marvel again and again, what a life... To have created simple happiness in people, to have added to the sum of delight in the world." - Meg Ryan.

"Nora Ephron was a journalist/artist who knew what was important to know: how things really worked, what was worthwhile, who was fascinating and why. At a dinner table and on a film set she lifted us all with wisdom and wit mixed with love for us and love for life. Rita and I are so very sad to lose our friend who brought so much joy to all who were lucky enough to know her..." - Tom Hanks on behalf of himself and wife Rita Wilson.

"In a world where we're told that you can't have it all, Nora consistently proved that adage wrong. A writer, director, wife, mother, chef, wit--there didn't seem to be anything she couldn't do. And not just do it, but excel at it, revolutionize it, set the bar for every other screenwriter, novelist, director. She was inspiring, intimidating, and insightful. She was so, so alive. It makes no sense to me that she isn't anymore. My heart goes out to her family and the many others who treasured her." - Carrie Fisher.

"An amazingly talented girl, who was able to accomplish everything she set her mind to with great style and will be missed enormously." - Martin Landau.

"Nora was a person whose gifts of mind, amply displayed as a young person in her sharply observed journalistic pieces and in her personal wit, were, when I first met her, kind of scary: aimed and airy at the same time, an insouciant sharpness that could be intimidating, because you could never catch her 'trying', everything seemed effortless. But as I got to know her, I understood what drove her was her acute curiosity, and her desire to observe and find out stuff. It's what made her great as a journalist, and as a director, too." - Meryl Streep.

"An amazingly talented girl, who was able to accomplish everything she set her mind to with great style and will be missed enormously." - Martin Landau.