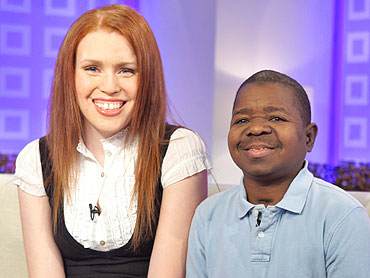 NEW YORK (CBS/AP) There will be no funeral for actor Gary Coleman, who died died May 28 after suffering a brain hemorrhage at his home.

Robert Jeffs, appointed special administrator of Coleman's estate after a dispute arose between the "Diff'rent Strokes"' star's ex-wife and ex-girlfriend, told The Associated Press on Wednesday that Coleman's 2005 will specifies that there should be no funeral services.

A battle is taking shape over Gary's estate between ex-wife and significant other, Shannon Price, and Anna Gray, a former close friend and the CEO of Coleman's company, who both contend that they are rightful heirs.

According to Entertainment Tonight, Coleman's ex-wife is not named in the newly discovered will since it was written before he married her.

Meanwhile, Price, 24, still contends that despite her divorce from the former child star, she was his common law wife and sole heir according to what she says is the actor's handwritten September 2007 will, written only a week after they married, People.com reports.

Gary purportedly wrote, "I made this change of free will and was not coerced in any way. This I have done because of my personal selfishness and weakness and I love her with all my heart."

Price tells Entertainment Tonight that she doesn't know if she'll work things out with Gray. "I'm not sure, but I know Gary would not want any contention between us," she says.

Price hopes to spread Gary's ashes around train tracks (he was a train buff), she tells the TV program, adding, "I want to make sure I have an urn and a necklace with his ashes. That's all I want."

Price will not be present at Gary's cremation, "Inside Edition" reports.