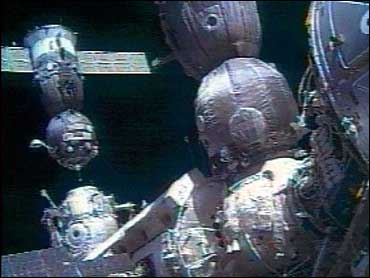 Russia plans to stop giving American astronauts free rides on its spacecraft to the international space station beginning in 2006, the head of Russia's space agency said.

Anatoly Perminov said the no-cost agreement between NASA and Russia's space agency Roskosmos could be replaced by a barter arrangement, according to the Interfax news agency on Tuesday.

Russian Soyuz crew capsules and Progress cargo ships have been the sole link to the international space station since U.S. shuttles were grounded after the shuttle Columbia burned up on re-entry in February 2003. NASA said it plans to resume its shuttle program in May.

The Russian agency has been looking to expand commercial ventures in recent years, amid dwindling government budgets for space-related research. The agency is expected soon to sign a contract with the European Space Agency to send an Italian astronaut to the space station in April, along with a Russian cosmonaut and NASA astronaut.

Roskosmos is also trying to renew its lucrative space tourism program. Perminov said two people were being considered to fly on a Russian spacecraft to the international space station, possibly in 2006. He did not identify them, but said neither was Russian, according to Interfax.

American Dennis Tito in 2001 and South African Mark Shuttleworth in 2002 paid $20 million each for tourist trips to the station aboard Soyuz spacecraft.

Russia is also hoping to start commercial space launches from France's Kourou launch pad in French Guiana. Russia and the ESA reached agreement on a deal earlier this year and the launches could begin sometime in 2007.