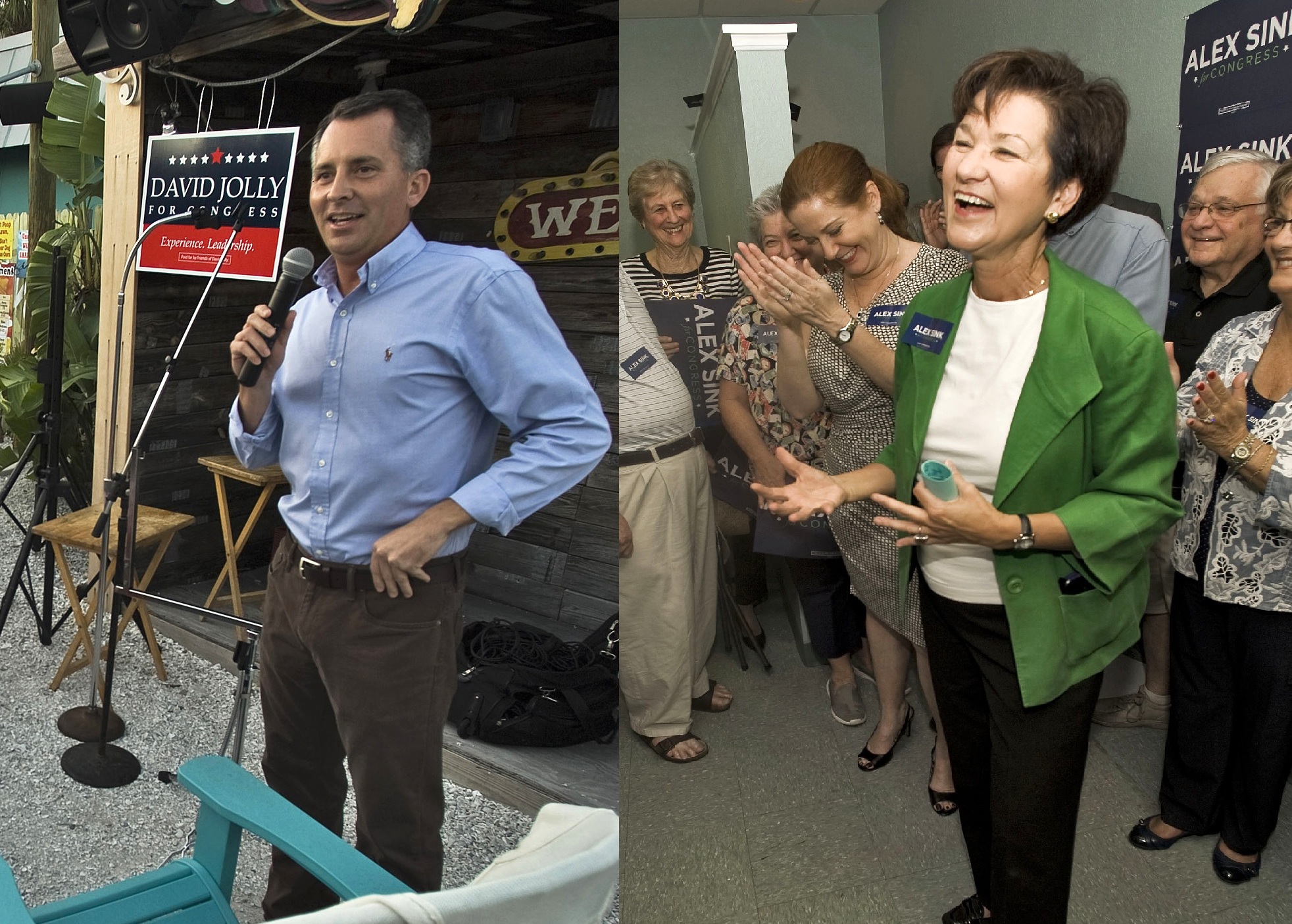 Tuesday's special election to replace the late Rep. Bill Young, R-Fla., in Florida's 13th congressional district counts for a lot, not just for the people of the district but also for the national parties: they're testing messages, testing turnout machines. But it won't predict the outcome of November's congressional midterms.

Whoever wins will call this a sign of things to come, of course, and there's little question the race does hinge heavily on the Affordable Care Act. Democrat Alex Sink is backs fixing it, not repealing it, while Republican David Jolly is against it. Though it'll likely swing on only a few thousand votes - either will point to it as proof of the merits of their argument heading into the fall.

Every cycle there's invariably a special election or two that the political world looks at a potential bellwether for the fall, sometimes because the district is marginal (which the 13th is: President Obama carried it by a point) or fits some "swing" demographic profile (check: the 13th is mostly white and middle class). But sometimes that gets overblown because it's the only game in town (also, check.) But we need only go back to the spring of 2010, the last midterm cycle, Democrats won in a similarly contested and closely-watched special election contest in Pennsylvania, then went on to lose more than 60 seats and the House that fall.

In 2014, it's probably better to say that this is a high-pressure race for Democrats: their chances to win back the House in November look slim to begin with, and winning the Florida 13th seems critical just to keep those chances afloat.

Polls have it very close. And outside money has flooded in for advertising and those turnout operations.

Many people know this part of central Florida (and the "I-4" corridor) as swing territory. Pinellas County has helped provide important margins for Mr. Obama in recent cycles, but the 13th congressional district, in particular, is carved out inside the county and is even more closely competitive than Pinellas overall, largely because the most Democratic portions were placed into the Democratic-leaning 14th congressional district next door. That left the 13th district eminently winnable for longtime Republican Young, who held it until he passed away, but means it is marginal now.
It also means this is a heavily white, mostly middle-class and retiree-dominated district. More than one-fifth of the population is over 65, and the district is 87 percent white. Midterm electorates tend to skew older, which will add importance to how the Obamacare messaging plays amid so many older voters.

That said, Democrats are hoping - in fact, banking on - a Hispanic vote (about 9 percent of the population) to put Sink over the top. To do that, they'll need a successful registration and turnout drive, both because this is a special election, and because county-wide the Hispanic registration rate is relatively lower than that of whites. In that regard, Democrats will rightly view this contest a first, live test of those turnout efforts for the 2014 cycle.

The core cities in this part of Pinellas County are a portion of St. Petersburg and Clearwater. The recent historical patterns show that overall, a Democratic candidate countywide hopes to get 60 percent or so in St. Petersburg while breaking even in Clearwater. Clearwater could be decisive here: the president did well, but it can and does vote marginally Republican too, and especially in a non-presidential year.

In the northern Clearwater suburb of Dunedin, Mitt Romney won 51 percent of the vote, despite possessing an electorate more than 90 percent white, it appears that this inner suburb behaved more like a northern middle-class area adjacent to a city in 2012.

Largo, lying just south of Clearwater, has a black and Hispanic population combining to 11 percent now, and the Hispanic portion seems to be growing. Mr. Obama narrowly carried Largo in 2012, fueled by younger voters entering Largo. Along with a strong turnout in the minority precincts, Mr. Obama was able to offset a sizable 65+ vote (30 percent), more inclined to vote Republican.

South of Largo, Pinellas Park and Seminole, are fairly closely divided areas. Pinellas Park contains the third largest concentration of Hispanic voters in the county. Other than St. Petersburg, it is the only town/city in the district where Obama performed better in 2012 than in 2008.

These maps show why the presidential votes give Democrats hope while past vote in Congressional races don't tell the whole tale for comparison, as Republican Bill Young won comfortably.

Looking further down the line, either party may take lessons out of the race to use for November, and in that regard it could have more impact than fortune-telling ability. Structurally, the 2014 national landscape remains somewhat removed from whatever happens in Florida. There are about as many Democratic districts as Republican-held districts that look competitive at the moment, which means one party would really need to catch a wave to win them all and affect the current balance of power in the House. Moreover, those competitive races make up only a fraction (about 15 percent at the outside) of all the House seats, leaving neither side much room to maneuver. In other words, the staunch partisanship and safely-drawn districts help keep special elections like this one from predicting too much beyond their boundaries.

All of that said, this will be closely watched and dissected by the parties and politicos in D.C. (And if they do decide there are bellwethers in Florida this time of year, they might note the Washington Nationals are having a decent spring.)