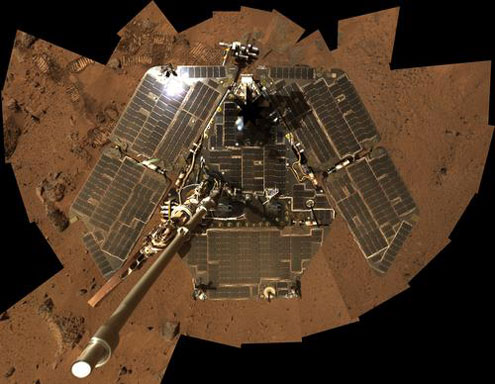 Duke coach Mike Krzyzewski said Wake Forest has improved since the teams met in January, a game the Blue Devils won by 36 points.

Unfortunately for the Demon Deacons, Duke hasn't gotten any worse.

Trajan Langdon scored 18 points, all on 3-pointers, and No. 2 Duke snapped a five-game home losing streak to Wake Forest with a 78-47 victory Saturday.

The Demon Deacons (12-11, 4-8 Atlantic Coast Conference) had won their last five games at Cameron Indoor Stadium, the longest active streak by any team, but committed 17 turnovers and shot 33 percent (17-of-52) Saturday.

The Blue Devils held the Deacons without a field goal during a 10-minute stretch bridging the first and second halves.

"We were unable to score to keep up with them," Wake Forest coach Dave Odom said. "Duke is a great team and they played great today."

The Deacons came into the game as the second best 3-point shooting team in the conference but misfired on 12 of 16 attempts from long range Saturday.

"We really worked on defense and we made it hard for them to get open looks," Langdon said. "We did a great job today defensively."

"I don't even know who scored for us today because it was so well balanced," Krzyzewski said. "We were very unselfish."

Robert O'Kelley had 12 points for Wake Forest, while Loren Woods added six points, seven rebounds and five blocked shots in his second game back from a leave of absence from the team.

"Woods is a force, especially defensively," Krzyzewski said. "I don't know how many blocks he had but he certainly altered some shots. I can see where, as they get accustomed to him being back, they can take a step up."

The Blue Devils led 13-12 when Avery started a 10-0 run with a short jumper in the lane with 11:49 left. Battier hit a jumper from the free throw line and Carrawell and Langdon made 3-pointers for a 23-12 lead.

Taymon Domzalski was called for goaltending after swatting a layup by Woods with 8:02 left and Tony Rutland hit a 3-pointer with 7:32 remaining to cut the lead to 26-17. The Blue Devils held the Deacons without a field goal the rest of the half.

The Deacons pulled within 47-29 on a 3-pointer by O'Kelley with 15:43 left in the game but Langdon answered with a 3-pointer 19 seconds later. McLeod hit a 3-pointer with 14:50 left and Carrawell made a layup on a nifty pass from Langdon with 14:06 left.

The Deacons got no closer than 18 points the rest of the way.
"Our goal is to play ood defense on every possession and make it tough for them to score," Duke guard Steve Wojciechowski said. "If it happens that they don't score, then so be it. Today, we kept up our intensity for 40 minutes."

Wake Forest hasn't had a losing conference record since 1992 but breaking even this year would be an accomplishment. The Demon Deacons finish the season against Maryland, Florida State, North Carolina and North Carolina State.

"We have one choice at this point," Odom said. "That is to get ourselves ready and win two basketball games if we want to be playing beyond the ACC tournament. We're going to give it the best effort we possibly can."