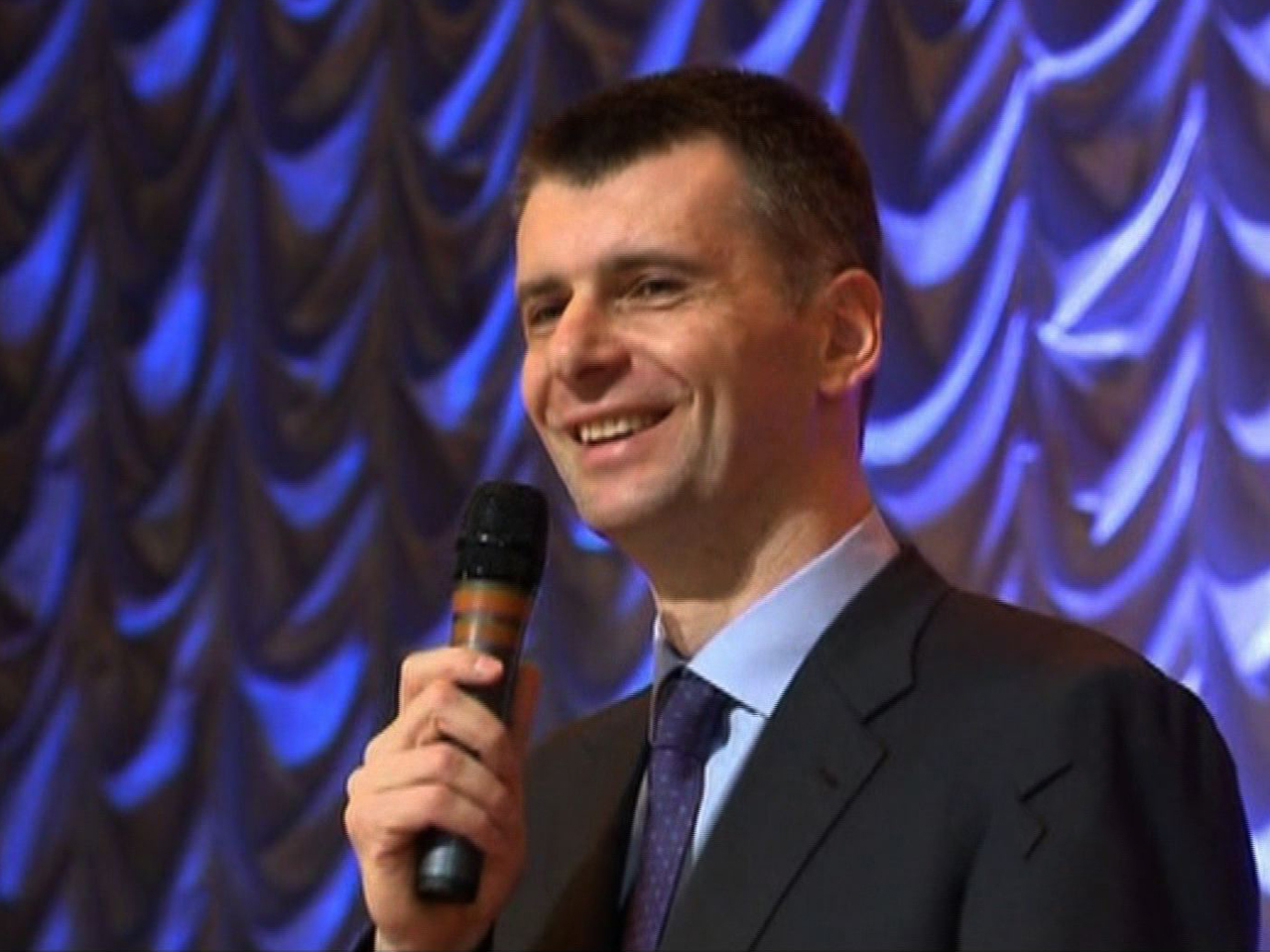 Russia holds its presidential election in March, and Prime Minister Vladimir Putin is expected to win. If he serves another term, he will have run Russia for 18 years.

On Thursday, Putin answered questions from callers during an annual TV appearance. He shrugged off recent protests against him.

Still, Putin welcomed a challenge from a flamboyant billionaire who entered the presidential race this week.

CBS News correspondent Charlie D'Agata reports that Mikhail Prokhorov aligned himself Thursday with the thousands who took to the streets in protest of what they say was massive vote rigging in favor of Putin's party. He told supporters he might join the next protest himself.

Prokhorov's announcement to run for president against Putin surprised many, and he says he is serious about his challenge to Putin.

"It was a not a decision made in one day," he says. "I made this decision two months ago; it was the most serious of my life."

Nicknamed "Mr. Holiday", Prokhorov is known for his lavish lifestyle and beautiful woman. He showed off both to "60 Minutes" last year. He's spent more time following sports than politics. He owns the New Jersey Nets.

Today, he joked he'd be willing to settle down and get married if it would make him a better candidate for President. But jokes aside, Prokhorov's friend and business colleague Alexander Lyubimov says the time is ripe to challenge Putin.

"There are a lot of people who don't like being misled, or cheated, or they don't believe in government in general," Lyubimov says.

The Prokhorov campaign is hoping to tap into the growing discontent among many voters against Putin's heavy handed rule. Last weekend's huge march was the strongest challenge yet to Putin's 12-year reign.

Prokhorov didn't release any details of his platform, but he says he'll fight for the middle classes, even though he's one of Russia's richest men. He made his fortune during the 1990s when he took over Russia's biggest gold mining company. He also owns two banks and a vast real estate empire, earning a reputation as a ruthless businessman.

"I like to be in stress. It's my competitive advantage," Prokhorov says.

Analysts in Russia say his campaign is seen as a long shot, and the difficulties start now. He has to collect two million signatures in the next month to even get on the ballot.