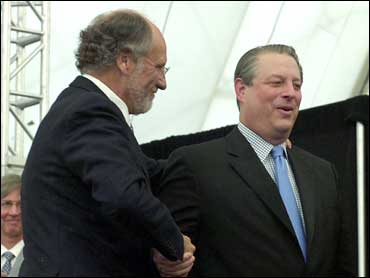 Al Gore, the former vice president turned environmental activist, was on hand as Gov. Jon S. Corzine signed the "Global Warming Response Act" into law. California and Hawaii have adopted similar laws, and eight other states are considering them.

Passage of these laws can "inspire hope and build the enthusiasm necessary to get this crisis solved," Gore told an enthusiastic crowd of lawmakers and environmentalists who witnessed the bill signing at the Meadowlands sports complex.

New Jersey will now be featured prominently in the traveling slide show he uses to teach people about global warming, Gore said.

New Jersey's new law was enacted on the eve of a series of concerts around the world drawing attention to global warming, including one at The Meadowlands in New Jersey that Gore said he would attend.

"This is a very, very important day for the state of New Jersey," said Corzine. "We are making a long-lived commitment today that will impact not just our generation but future generations."

Emissions from fossil fuels, such as coal and gasoline, are believed by many scientists to be a leading cause of global warming.

Critics of the New Jersey law argued that it hurts the state's energy industry and that the act contained no specific proposals to lower emissions.

"New Jersey acting alone is not going to solve global warming," said Sara Bluhm, assistant vice president for energy affairs with the New Jersey Business and Industry Association, a business group that campaigned against the law.

"Instead of setting arbitrary goals, the governor could do something today to help businesses remain competitive by releasing funds for energy audits," she said, adding that millions of dollars set aside for such audits 18 months ago have yet to be released by the state treasury.

Despite such criticisms, the anti-global warming measure enjoyed widespread bipartisan support in the Legislature.

Under the new law, the Department of Environmental Protection will conduct an emissions inventory, and based on the results, devise a plan to monitor and reduce harmful emissions. The law mirrors an executive order Corzine issued in January.

A study by The Associated Press using 2003 data from the U.S. Energy Information Administration showed that in terms of total emissions of carbon dioxide, New Jersey came in 16th in the country with 123.7 million metric tons; per capita, New Jersey was much lower, in 40th position. 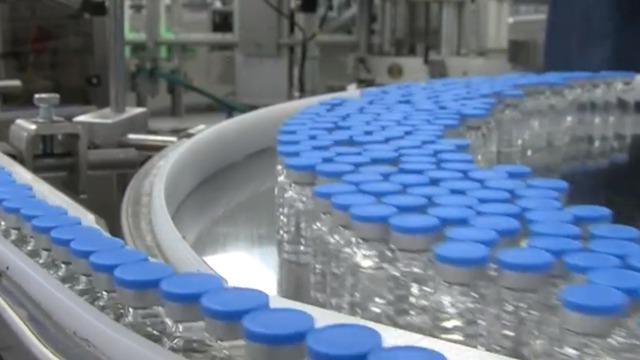