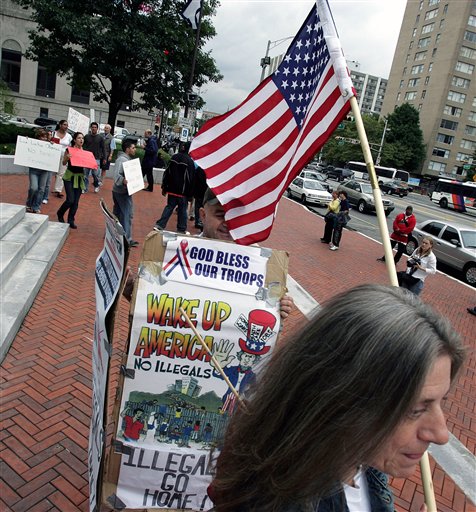 After a review driven by three brutal slayings, the state attorney general on Wednesday ordered New Jersey law enforcers to notify federal immigration officials whenever someone arrested for an indictable offense or drunken driving is found to be an illegal immigrant.

Attorney General Anne Milgram reviewed the state's policy in light of the execution-style killings Aug. 4 of three Newark college students and the wounding of a fourth victim. One of the six suspects was an illegal immigrant who had been granted bail on child rape and aggravated assault charges without immigration officials being alerted to his existence.

While saying she did not want to "Monday morning quarterback" the Newark case, Milgram said that if the policy had been in place when Jose Carranza was indicted on the prior charges, federal officials might have placed an immigration hold on him, meaning he would have remained in custody or bail might have been set higher because of his immigration status.

The killings highlighted the need "to have a uniform state policy on notification to immigration," Milgram said. Before the directive, "all police departments in our state had complete discretion as to if, when and how to notify immigration authorities."

The policy applies immediately to all state and local law enforcement and to prosecutors. It also specifies that police notify prosecutors and courts when illegal immigrants are arrested.

The triple homicide rocked Newark, a city already reeling from a 50 percent rise in the murder rate since 1998, and prompted an outcry over the lack of communication between local authorities and immigration officials.

The fact that Carranza, 28, an illegal immigrant from Peru, was out on bail after being accused of committing serious felonies also enraged some, including state Sen. Shirley Turner, who on Wednesday urged bail restrictions for accused illegal immigrants. The Democratic legislator proposes that illegal immigrants be required to post a full cash bail if they are charged with committing a crime in New Jersey.

A bail bondsman put up $150,000 for Carranza _ the lowest amount recommended for someone accused of sexually assaulting a child _ and he walked out of the Essex County jail in May. Seven months earlier, he had paid $2,000 to get out of the same jail after being charged with assault and weapons possession after a bar fight. He was allowed to put up 10 percent after a judge set bail at $20,000.

Authorities have said they did not know he was undocumented when those bails were set. Those bails have now been revoked, a largely symbolic move because Carranza, a day laborer, is now charged with three counts of murder and is being held in lieu of $1 million bail.

"I often see people back on our streets that I believe should not be back on our streets after they've committed serious crimes," Newark Mayor Cory Booker said. "I would be remiss if I wasn't calling for larger changes and larger reforms in the state of New Jersey and the United States."

Some have questioned whether a policy such as Milgram's could have prevented the schoolyard slayings, and suggested that a tougher approach could discourage illegal immigrants from reporting crimes. The directive, however, prohibits officers from checking the immigration status of crime victims, witnesses or people seeking police assistance.

Milgram treaded lightly on a federal law allowing local police to be deputized as immigration agents. She said that the practice will be allowed in New Jersey, but that deputized agents can perform immigration status checks only after someone is arrested for an indictable offense.