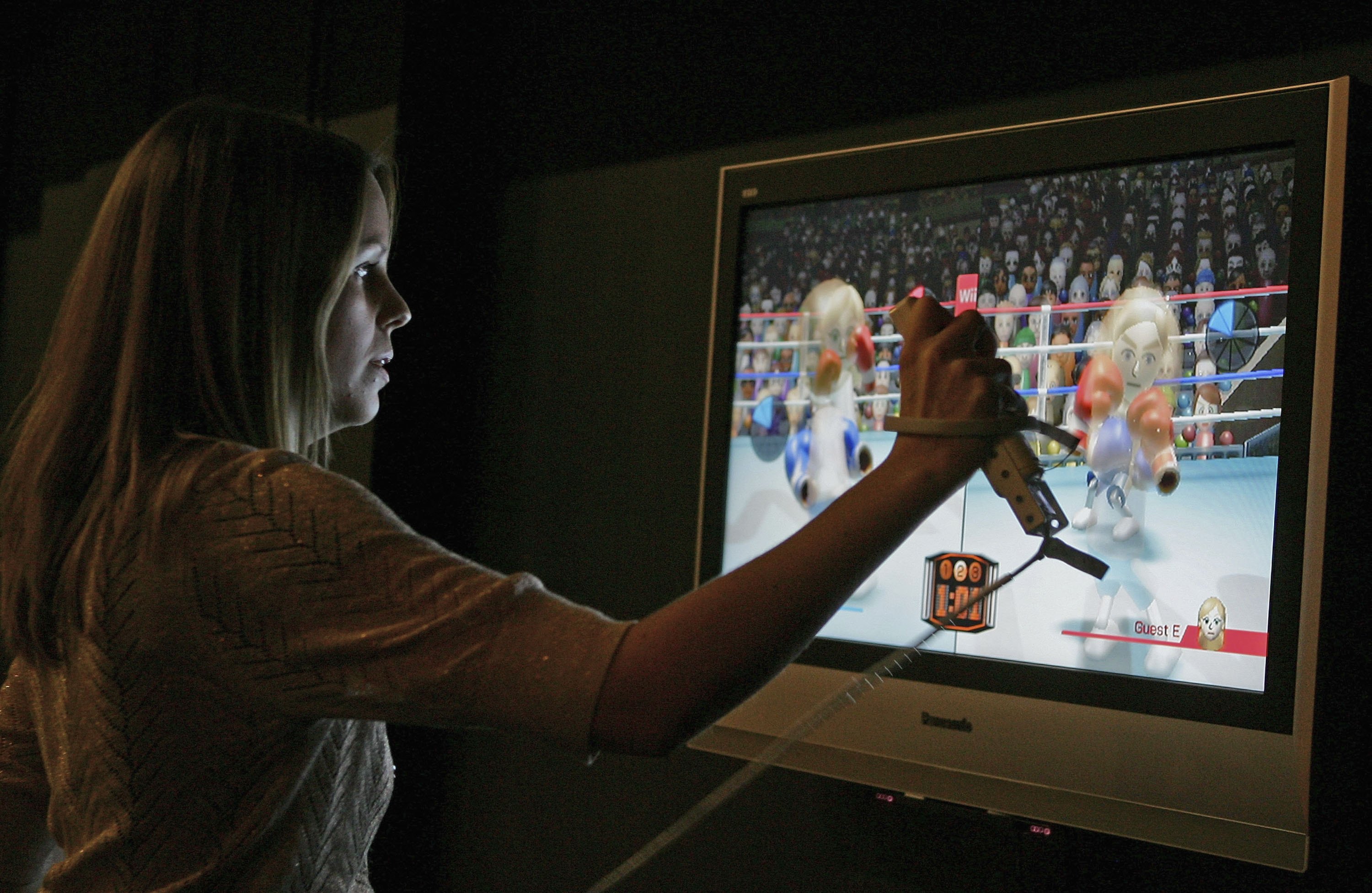 First there was "Nintendo epilepsy."

Soon after the NES game system started making its way into homes in the mid-1980s, a 13-year-old girl suffered a seizure from playing three hours of "Super Mario Bros." The fit was attributed to the rapid change of patterns on the screen. Researchers later found that the game was more likely than regular TV shows to cause seizures in children with a history of them.

It only grew from there.

In a study released Tuesday in the BMJ, a group of doctors from the Netherlands outlined 38 papers that reported cases of Nintendo related injuries in medical literature. They performed a search that included various generations of the system and, of course, Game Boy. The injuries they found ranged "from mild to life threatening," they wrote -- and gave rise to a new set of vocabulary.

To wit: Nintendinitis, also known as nintendonitis. This refers to problems in the thumb, hand and wrist, and most often presents as pain and swelling in the extensor pollicis longus, a tendon running from the ulna bone in the forearm to the thumb.

The first reported case dates back to 1990, when a 35-year-old woman suffered severe pain in her right thumb after playing Nintendo for five hours uninterrupted. Soon after, another author described the "Nintendo neck," contracted by his son after 30 minutes of intense Game Boy play. (The modern corollary: smartphone slump.)

Around the same time, four cases of Nintendo related incontinence -- young boys who soiled themselves while playing. The authors wrote: "All children were so engrossed in 'Super Mario Bros.' that they ignored their urge to go to the toilet. All cases were successfully treated by explaining how to pause the game."

The introduction of Nintendo 64 in 1996 added a new danger, in the form of a joystick. This controller evolution introduced ulcerative nintendinitis to the world, with players rubbing their palms raw trying to outwit "Mario Party." Nintendo received about 90 complaints in the year after "Mario Party" came out, and in 2000 settled with then-New York Attorney General Eliot Spitzer to provide protective gloves to the game's more than 1 million players.

Ten years later, the game changed even more. The Wii brought a whole new level of movement into play, and naturally led to "wiiitis," affecting the muscles of the arm and shoulder.

"Wii Sports" injuries have included at least two dislocated kneecaps, one torn meniscus, and two partial tears of the Achilles tendon. There are your run of the mill broken fingers and black eyes, and your not so run of the mill cases. Like the 55-year-old woman who sustained a "massive" haemothorax (blood in the chest cavity) after falling on the couch while playing Wii tennis, a 38-year-old man who fractured his cervical spine, and a 7-year-old boy who went permanently blind after smacking himself in the eye with a controller. Two people had strokes.

One woman got carpal tunnel syndrome from bowling on the Wii, but it hardly seems fair to hold the game accountable; she reportedly played for six to eight hours a day for a week and a half straight.

For its part, Nintendo warns Wii players, "If your hands, wrists, arms or eyes become tired or sore while playing, or if you feel symptoms such as tingling, numbness, burning or stiffness, stop and rest for several hours before playing again."

The authors of the paper, published in the Christmas issue of the BMJ offered similar advice in their closing commentary: "Overall, a Nintendo is a relatively safe Christmas present. However those who receive such a gift should not swing the controller too hard, they should be careful about where they play, and they should take frequent breaks."