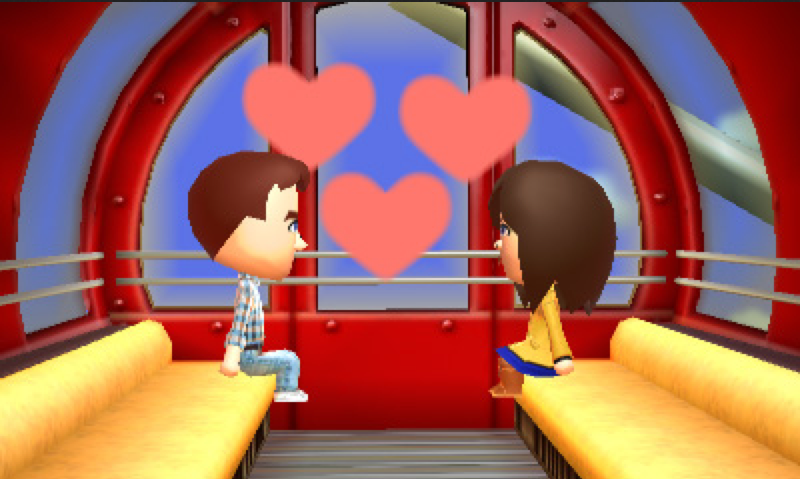 Nintendo is apologizing and pledging to be more inclusive after being criticized for not recognizing same-sex relationships in English editions of a life-simulator video game. The publisher said that while it was too late to change the current game, it was committed to building virtual equality into future versions if they're produced.

"We apologize for disappointing many people by failing to include same-sex relationships in Tomodachi Life," Nintendo said in a statement released Friday. "Unfortunately, it is not possible for us to change this game's design, and such a significant development change can't be accomplished with a post-ship patch."

The game was originally released in Japan last year and features a cast of Mii characters - Nintendo's personalized avatars of real players - living on a virtual island. Gamers can do things like shop, play games, go on dates, get married and encounter celebrities like Christina Aguilera and Shaquille O'Neal. Already a hit in Japan, "Tomodachi Life" is set for release June 6 in North America and Europe.

"I want to be able to marry my real-life fiancé's Mii, but I can't do that," Marini said in a video posted online that attracted the attention of gaming sites and online forums this past week. "My only options are to marry some female Mii, to change the gender of either my Mii or my fiancé's Mii or to completely avoid marriage altogether and miss out on the exclusive content that comes with it."

Marini said Saturday that he was "very happy" with Nintendo's response. "I don't believe they are a homophobic company at all," Marini said. "I think that the exclusion of same-sex relationships was just an unfortunate oversight."

Yet the issue does mark a cultural divide between Japan, where gay marriage is not legal, and North America and Europe, where gay marriage has become legal in some places. It also highlights the problems with "localization," the process when games are changed to suit different locales and customs.

The uproar prompted Kyoto, Japan-based Nintendo Co. and its subsidiary Nintendo of America Inc. to pledge to create a more inclusive "Tomodachi" installment in the future.

"We are committed to advancing our longtime company values of fun and entertainment for everyone," Nintendo said on Friday. "We pledge that if we create a next installment in the 'Tomodachi' series, we will strive to design a game-play experience from the ground up that is more inclusive, and better represents all players."

While many English-language games don't feature gay characters, several role-playing series produced by English-speaking developers, such as Electronic Arts, "The Sims," Microsoft Studios' `'Fable" and Bethesda Softworks' "The Elder Scrolls," have allowed players to create characters that can woo others of the same sex, as well as marry and have children.

After Nintendo said this past week - in response to Marini's growing campaign - that it wouldn't add same-sex relationship options to "Tomodachi Life," the publisher of such gaming franchises as "The Legend of Zelda" and "Mario Bros." was called out by fans and organizations such as the gay advocacy group GLAAD.

"Nintendo has taken a first step, but if the company's longtime values are rooted in `fun and entertainment for everyone,' then it needs to catch up to peers like Electronic Arts, which has been inclusive of LGBT (lesbian, gay, bisexual and transgender) gamers for years," said GLAAD President and CEO Sarah Kate Ellis in a statement.