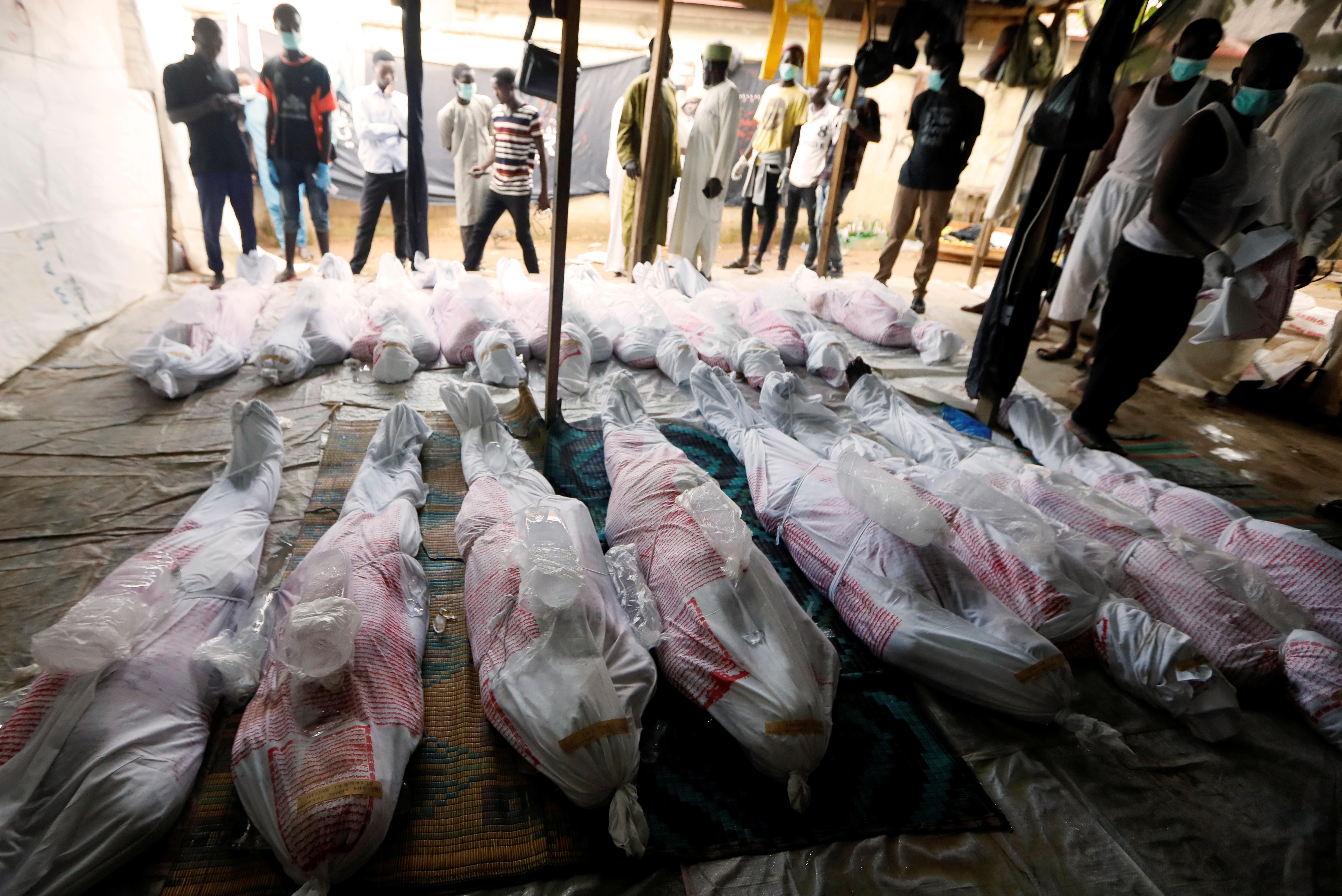 The Nigerian Army appeared to adopt words used by President Trump this week to justify their own use of deadly force in a crackdown against Muslim protesters.

In a tweet, which has since been deleted, the Nigerian Army shared a video of Mr. Trump's ominous warning to migrants traveling in a U.S.–bound caravan that if they throw rocks, U.S. troops will respond with lethal force. They captioned it: "Please Watch and Make your Deductions."

Nigeria's military and police forces are accused of killing dozens of Muslim protesters and arresting hundreds of others, the BBC reports. Facing global pressure over the fatal shootings, the Nigerian Army — the largest component of the Nigerian Armed Forces — tweeted the Trump video on Friday, but later deleted the post.

The Nigerian director of defense, Brigade General John Agim, told the BBC the tweet was in reaction to Amnesty International's damning investigation, released on Oct. 31, that found "excessive force" by soldiers and police led to the killing of at least 45 supporters of the Islamic Movement in Nigeria (IMN) over two days.

The Nigerian military's official Twitter account refuted the report, claiming it acted in "self-defense" and was only responsible for six deaths and seven injuries.

The United States Embassy in Nigeria expressed concern over deaths resulting from the clashes between the Nigerian security forces and IMN, issuing a statement urging Nigeria's government authorities to "conduct a thorough investigation of the events and to take appropriate action to hold accountable those responsible for violations of Nigerian law."

Members of IMN have been demanding the release of their leader, Ibraheem Zakzaky, who has been in custody for 34 months, the BBC reports. Nigerian police arrested 400 members of the Shia Muslim sect after days of deadly protests in the capital of Abuja that began on Saturday.

In Thursday's speech, Mr. Trump said any rocks thrown at the military would be treated like "a firearm."

"Anybody throwing stones, rocks, like they did to Mexico and the Mexican military, Mexican police, where they badly hurt police and soldiers of Mexico — we will consider that a firearm," he said.

When a reporter asked him about this, the president said the U.S. military should "consider it a rifle."

Asked about the president's remarks, a Pentagon spokesperson said, "We will not discuss hypothetical situations or specific measures within our rules on the use of force, but our forces Are trained professionals who always have the inherent right of defense."