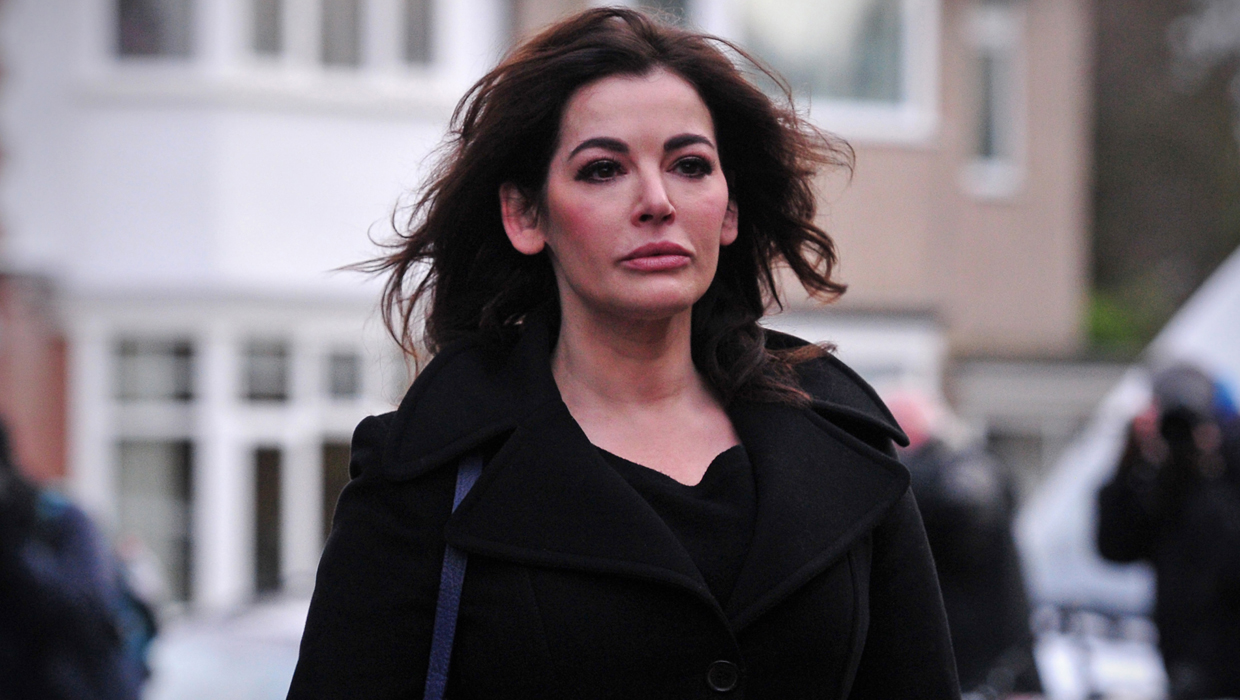 Nigella Lawson, who acknowledged last year that she had occasionally used cocaine, was denied permission to board a flight to the United States over the weekend, the U.S. Embassy said Thursday.

The embassy did not disclose the reason for refusing the British celebrity cook entry to the United States.

Embassy spokeswoman Lynne Platt said Lawson was stopped from traveling Sunday and had subsequently been invited to the embassy to apply for a visa.

A spokesperson for U.S. Customs and Border Protection would not comment directly about Lawson's case, but told CBS News in a statement, "Applicants for admission bear the burden of proof to establish that they are clearly eligible to enter the United States. In order to demonstrate that they are admissible, the applicant must overcome all grounds of inadmissibility."

She tweeted Saturday that she was going on vacation, but she also has worked in the U.S., where she co-hosted TV cooking competition "The Taste."

British citizens need visas to work in the U.S. but not for a vacation.

U.S. authorities may refuse passengers admission for various reasons, including drug use.

Lawson, author of "How To Be A Domestic Goddess," has had a turbulent year in which her personal life was scrutinized in the media.

In July she divorced art collector Charles Saatchi after he was photographed grabbing her throat outside a London restaurant.

In December she testified at the fraud trial of two former aides, and told the court she had used cocaine a handful of times. She denied claims by the defendants that she was a regular drug user. Police later said they would not be investigating her.

Lawson's co-host on "The Taste," chef Anthony Bourdain, tweeted that he was "absolutely mortified with embarrassment over the cruelty and hypocrisy of U.S. actions" over Lawson's travel.

She is not the first British celebrity to fall afoul of U.S. immigration officials. In 2008, the late singer Amy Winehouse, who had a marijuana arrest and well-publicized problems with alcohol and drugs, was refused a visa to perform at the Grammy Awards.

Singer Lily Allen was denied a visa the same year, shortly after she was arrested over an altercation with photographers.