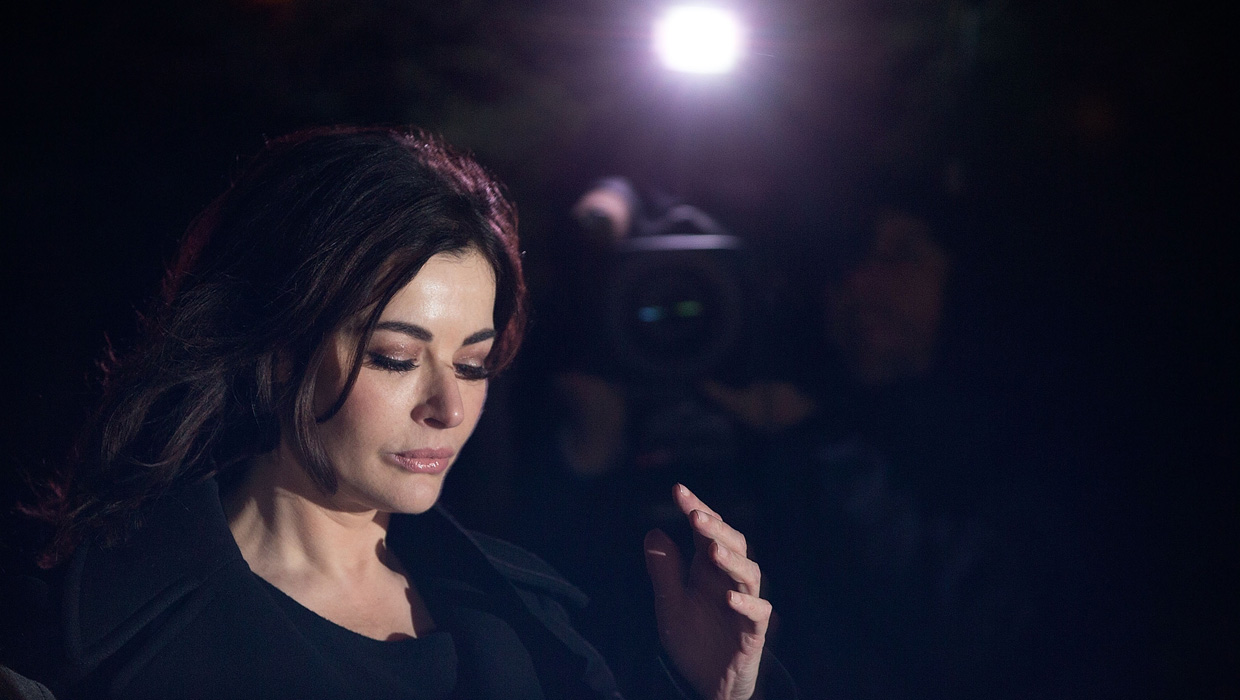 Nigella Lawson says having her private life raked over in a London courtroom was "mortifying" but she is putting the case behind her.

The British celebrity cook testified last month at the fraud trial of two former aides, who were ultimately acquitted of funding a luxury lifestyle with credit cards loaned to them by Lawson and her ex-husband Charles Saatchi.

The trial was overshadowed by allegations about Lawson and Saatchi's domestic life, including claims that Lawson regularly used cocaine. She denied regular drug use, although she admitted taking cocaine a handful of times.

Lawson also was asked during the trial about a June incident in which Saatchi was photographed grabbing her neck outside a London restaurant. The couple divorced soon afterward.

"But there are people going through an awful lot worse and to dwell on any of it would be self-pity and I don't like to do that."

Lawson said her only desire during her testimony "was to protect my children as much as possible which...alas I couldn't always do."

She insisted she has moved on.

"Since then I've eaten a lot of chocolate, had a very good Christmas and I'm into the New Year," she added.

Lawson, author of "How To Be A Domestic Goddess," appeared on ABC's "GMA" to promote the network's cooking program "The Taste," also starring Anthony Bourdain.